Just when the nation was recovering from the unfortunate and premature death of Cyrus Mistry, former Tata Sons chairman, an old photograph of him emerged after his death. 54-year-old Mistry succumbed to a fatal road accident. And this shocking loss jolted the entire world. Now an old picture reappeared a few days after the incident showing Mistry enjoying his meal with his driver. It became widely shared. Internet users started pouring their hearts over his humbleness and modesty. 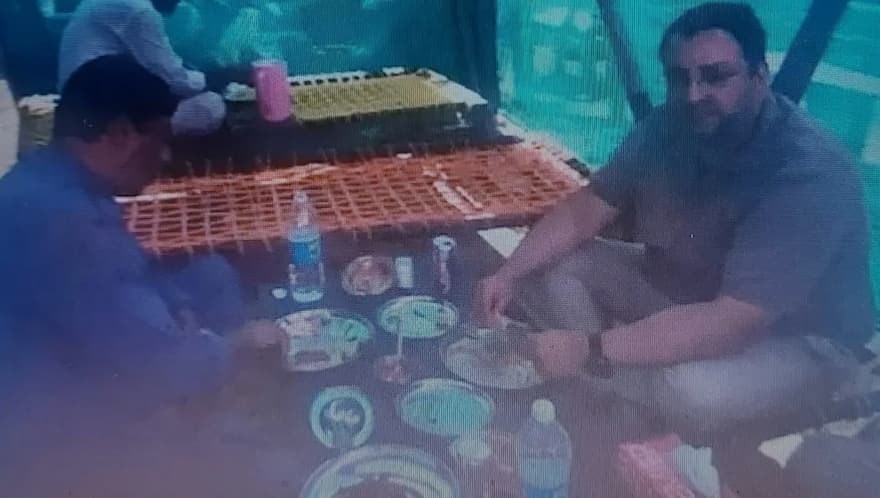 Cyrus with his driver at a dhaba, Image Credit: Parsi Zoroastrians Worldwide - The Hyderabadi Page

The picture captured Cyrus is seen relishing dinner with his driver at a non-fancy dhaba located by a roadside. The photo surfaced after it was posted on Facebook by Parsi Zoroastrians Worldwide – The Hyderabadi Page.

"A picture that speaks a thousand words. See the humility of Cyrus Mistry. He is enjoying a simple meal with his driver at a local dhaba on an earlier road trip. He preferred road trips and street food more than planes," the caption read.

The late industrialist was pictured sitting on a charpoy with his legs crossed and devouring his simple dinner. The roadside eatery is seen serving basic Indian food on steel plates and bowls. Despite his affluence, Mistry was famed for his unpretentious nature.

Road vacations were something Cyrus cherished instead of taking air travel. He also loved street food, especially a few staple ones from Maharashtra, like vada pav and pav bhaji, which were his favourites. Ganesh Jagtap, a close friend of Cyrus and former bureaucrat, told the media about his dear pal's dietary and travel habits. The duo used to go on road vacations quite often. They covered almost the two states of Gujarat and Maharashtra. While making such non-fancy getaways, they enjoyed meals at roadside restaurants. They became close over tea and had random trips to have chai.

Very few have the modesty to cherish the small things in life and find joy by staying grounded. While such high-profile industrialists are known for their taste in everything fancy, Cyrus is undoubtedly an exception. We wonder how many of his unfulfilled dreams might have been left unattended.

Although Cyrus Mistry isn't with us anymore. There will always be anecdotes about his modesty and verismo.

Ace The Dhaba-Style Dal Makhani With These Easy Tips