After missing from the screen for four years, Ranbir is back with a period-entertainer Shamshera, where he plays a dacoit. Looks like actor Ranbir Kapoor is barely out of the news these days. After his much-talked-about wedding with actor Alia Bhatt earlier this year, Ranbir is all set to become a father soon. Ranbir also has not one but two big films coming up this year, Shamshera and Brahmastra. After missing from the screen for four years, Ranbir is back with a period-entertainer Shamshera, where he plays a dacoit. He will be sharing screen space with Sanjay Dutt and Vaani Kapoor, and fans cannot stop going ga-ga over his rugged look in the film. This is one of the fittest physiques Ranbir has ever sported for any of his films, and it sure did not come easy. In an interview with Filmfare, Ranbir’s personal trainer Kunal Gir got candid about his diet and fitness regimen.

Kunal Gir said that for Shamshera, Ranbir didn’t aim to ‘bulk up’. Instead, the goal was to build a raw, rustic, and athletic body since as a dacoit, you are always on a run. Ranbir would break his meals into five meals a day. It goes without saying that he was on a very high protein diet. Protein helps build muscle and keep fat from accumulating. To make his body extra ripped, he also had to cut back on carbs. Low-carb diet in addition to rigorous training (five days a week), did wonders for his body. He was only allowed one cheat meal, once a week, said Kunal.

Each workout session was at least an hour-long, followed by a quick 5-minute high-intensity cardio session. An interesting exercise was also part of the regime where the treadmill would be turned off and Ranbir would hold the handles of the machine and drive the belt with his legs. Since the shoot required Ranbir to be outdoors battling heat and dust, a few exercises to work on his breathing were also incorporated. 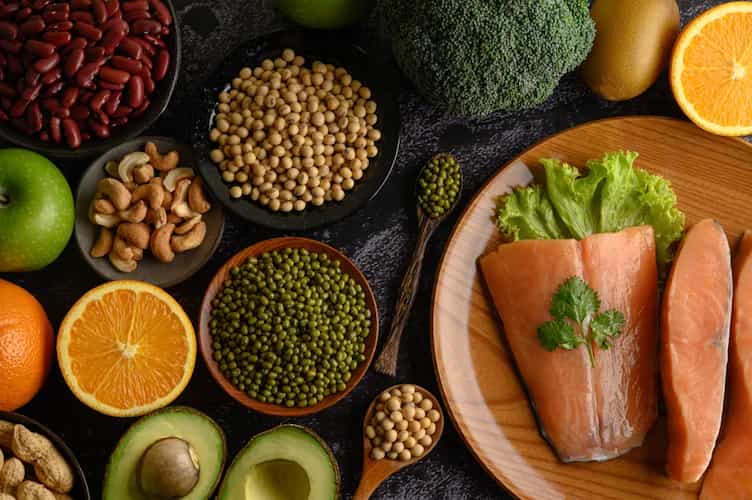 Ranbir was put on a high-protein diet for Shamshera

Ranbir, born into the illustrious Kapoor family of Bollywood, has inherited the Khandaan’s penchant for food. He is a self-confessed foodie, who loves his Bhurji Paratha, Dal Chawal, Chicken Curry, and several such delicious, Indian comfort foods. We can only wonder how hard it must have been to swear off carbs when one is such a hard-core food buff. Shamshera releases on July 22 in theatres across India and abroad.