Paneer Masala Dosa is a delicious variation of the traditional masala dosa. It is a healthy breakfast dish that can be prepared in just 20 minutes. With the softness of cottage and flavours of spices, it is a super dish which can be served along with a hot cup of filter coffee and a bowl of fruits.

Dosa is a South Indian dish and is served in many restaurants during breakfast buffets in India. Here’s how to prepare Paneer Masala Dosa. 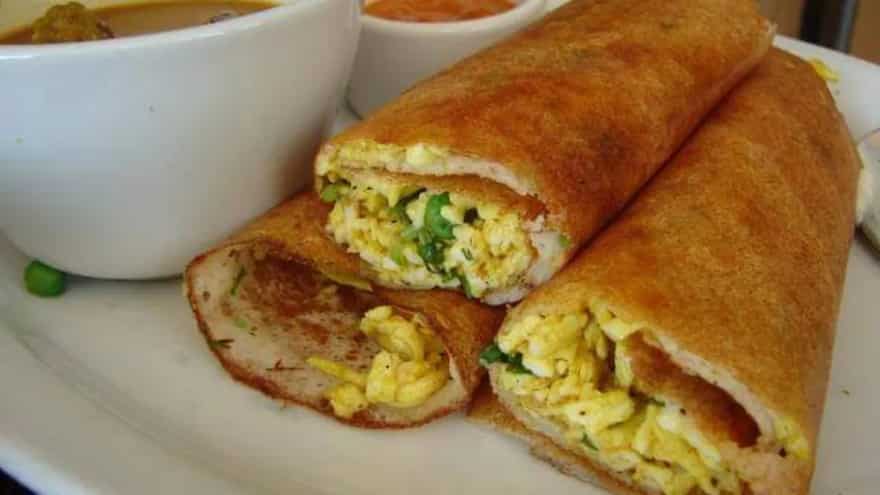 Finally, Paneer Masala Dosa is ready to serve hot with coconut chutney or sambhar or both

Don’t Miss Out On These Masala Dosa Places In Delhi

Masala Dosa: A Simple South Indian Recipe Cherished All Over