Different Biryanis Of India - A Melange Of Flavours And Techniques 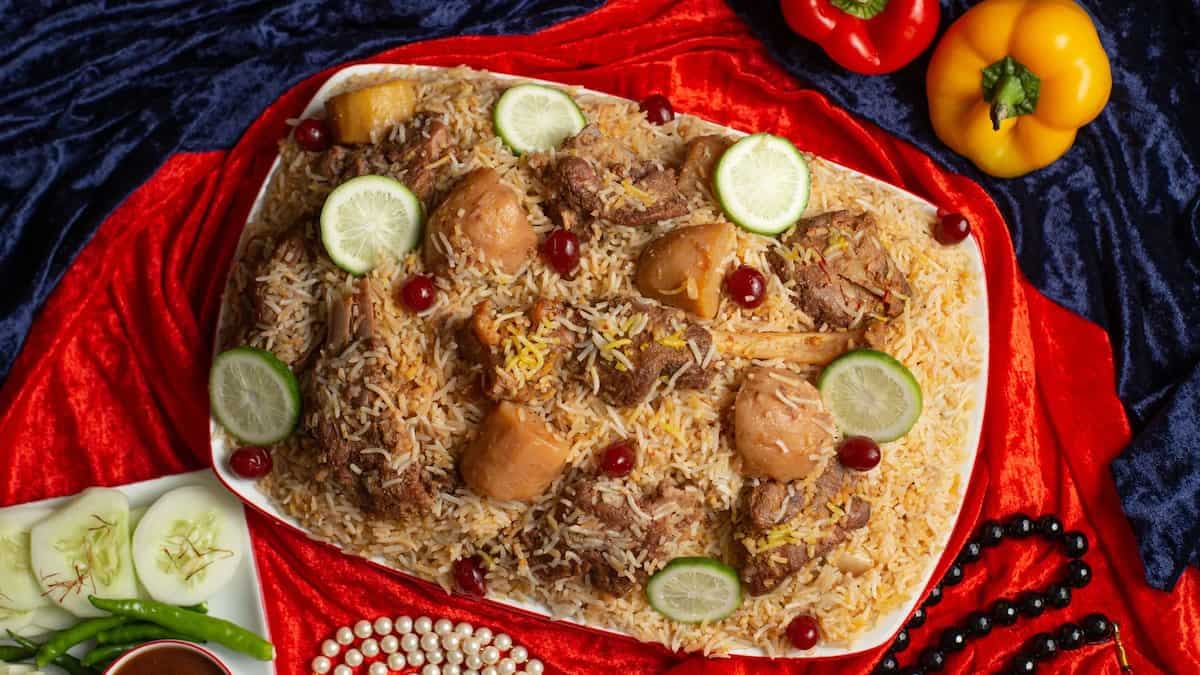 The heavenly combination of meat and rice is seemingly a simple idea. However, the world has much researched and appreciated the variety of ways these two commonly found ingredients can be cooked together. India is a pioneer in the influential art of cooking together meat and rice, resulting in authentic Biryanis in India.

There are many stories regarding the origins of Biryani; popular ones suggest Biryani came to India from Persia with the Mughals and further developed into its different varieties, influenced by the local flavours and communities. Parallelly in South India, Biryani is claimed to be brought by the Arabs in the Malabar region of Kerala and thus seeped into their traditional cooking. So, you will find biryanis well spread across different states, with most places having particular distinctions according to the usage of spices, cooking methods, preferred meat or the addition of unique ingredients to highlight a distinct flavour of the biryani. For a food enthusiast, the word biryani can lead to an instant craving, and many vouch for their favourite styles.

Think of delicateness, and the Awadhi biryani comes to mind! Lucknow's treatment of this front-runner dish from the region is of utmost care and enrichment. The Lucknawi biryani epitomises the cooking style of Dum Pukht, where slow cooking (Often on Charcoal or wood fire) in sealed pots or Handis result in an aromatic long-grained Biryani.

Awadhi cuisine possesses a delectable art of selecting the finest and unique spices, often in subtle quantities enough to provide its flavour, yet keep it the chef's secret for the connoisseurs to decipher. This spice mix is what defines the authentic taste of Awadhi biryani.

Visually the most different biryani out of India, owing to the addition of Potatoes. Nawab Wajid Ali Shah contributed to the evolution of the delicious Kolkatta biryani. Nawab Sahab, originally from Awadh, was exiled to Kolkatta, and his army of chefs accompanied him with a repertoire of recipes from the royal house of Awadh. In the quest to experiment with this delicious Awadhi preparation, Potatoes, elite cultivation of the time, were added to the biryani. Potatoes, when cooked along with meat, rice and spices, absorb all their delectable flavours, resulting in a juicy and flavourful product, which caught the fancy of the Royal Nawab Wajid Ali Shah; rest, as they say, is History.

Today, the people of Kolkatta will vouch for this version of biryani to be the best out of all the different varieties of India. Such is the passion of food lovers towards Biryani. Arsalan in Kolkatta is one of the finest restaurants serving fantastic Kolkatta biryani for decades. Another prominent place is Aminia Biryani. Multiple biryani variations are loved across the country | Unsplash

The most popular biryani in India is from the region of Hyderabad. The city of Nizams prepares a well-spiced and delectable version of Biryani. It owes this distinct preparation to its method of preparation, where marinated meat and rice are cooked together (not Separately), sealing the vessel and allowing it to cook in its own steam until done. This process gave the

Undoubtedly, Hyderabadi ‘Kacche Gosht ki Biryani’ is the city’s most famous dish, and throughout Hyderabad, you can find biryani joints serving food enthusiasts with its flavours. Shadab hotel, Paradise hotel, Café Bahar, and Shah Gouse are some of the famous restaurants for this delicious preparation from decades and must be tried to enjoy the best of Hyderabadi flavours.

This famous biryani comes from God’s own country, Kerala. The coastal town of Thallaserry has been a critical centre for Malabar cuisine of North Kerala, inspired by the Arab and Mughal cuisines. Thus, you will find a special place for Thallaserry Biryani, not just in the Southern States, but the delicious flavour of this biryani makes it distinct and much loved worldwide. The region of Ambur lies in the Vellore district in Tamil Nadu. As you would have understood, South India loves its biryanis, and different areas have their special biryani. ‘Ambur Biryani’ is another fantastic biryani using ‘jeerakasala’ or ‘Seeraga Samba’ rice. Meat used for this biryani is cut into smaller pieces and cooked with onions, ginger and garlic paste, tomatoes, yoghurt and red chilli paste. The spices used are few; however, the fantastic quality of the south Indian spices ensures the flavour is profound. ‘Ambur Biryani’ tastes exquisite by adding mint and coriander leaves, making it a must-try biryani from South India.

‘Memoni Biryani’, a spicy biryani from the Kutch region of Gujarat, a tangy ‘Dindigul Biryani’ in Tamilnadu, ‘Donne Biryani’; Famous biryani originating from the Military Canteens of Bangalore is Served in dried palm leaves cups called ‘Donne’. Slight variations in the style of service, spices or cooking method give a name to a new version of Biryani, which will continue to go on, as has happened in the past; food evolution is a natural progression of culinary art.

So, we must enjoy the many culinary marvels our country possesses and celebrate them individually for their history, cultural significance and the unique taste and flavours they bring to the table. Biryani as a dish and all its versions must be appreciated and enjoyed with all our hearts.

For the love of Biryani- From Kolkata to Lucknow