Idlis wrapped up like a mystery in banana leaves 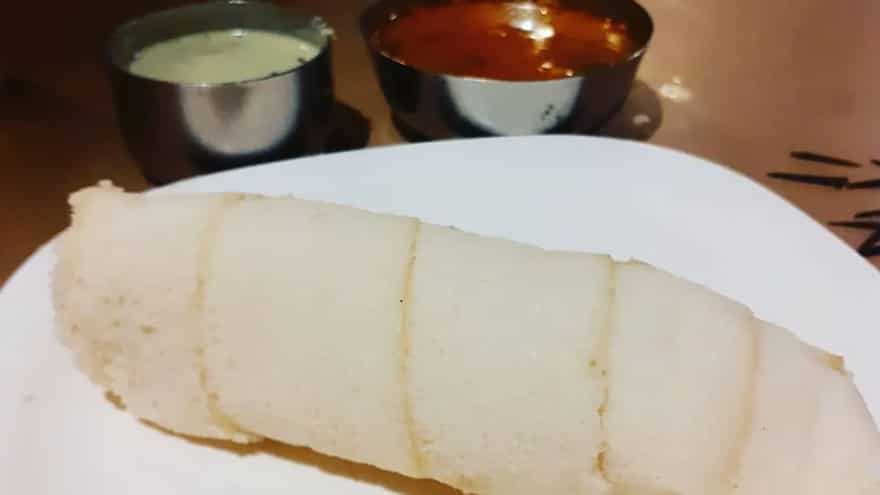 Banana leaves are weaved into cylindrical moulds and are used to steam idli batter. They make cylindrical idlis, which are called ‘moode’ in Kannada/Tulu. They are made during festivals, a must for Krishnajanmastami festival and are served as breakfast during special occasions and celebrations. It also shows up on tables of most Udupi, Mangalorean homes as breakfast every once in a while. People from Udupi and Mangalore have a flair for these cylindrical idlis. Moode are versatile, they are traditionally made with butter/ghee/coconut oil on top and with coconut chutney, chicken curries, sprouted green gram coconut based curry, a sweet-sour-spicy pineapple curry etc.

The art lies in making these moulds, which is slowly dying. You then steam your normal idli batter in these cylindrical moulds. Steaming is when the magic happens. The Banana leaves impart an amazing taste and aroma to the idlis. And that’s when the heavenly smell of steaming moode, fills up your home.

The reason for Idli's popularity is because it is considered a clean and nutritious cuisine because it is prepared with little or no oil using steaming as the cooking method. Obviously, it has resulted in numerous innovations in the idli category, and banana leaf idli is one of those innovation so make them at home any time with this simple recipe.

The Story Of Ramassery Idli, A Dish That’s Now Rare To Find

5 Ways You Can Make Use Of Overripe Bananas