Stuffed or plain, as long as the kulcha is soft and flaky, it is good to go.

The much-acclaimed kulcha of Amritsar is all things flaky and crunchy, but how does it take inspiration from the French?

The day I landed in Amritsar, the melancholic sound of the kirtan and ardaas rang like a sweet melody in my ears. After paying the mandatory visit to Harminder Sahib, also known as the Golden Temple and taking a dip in the holy water, I was in search for some breakfast. Right outside the gurudwara, you’ll find streets filled with the aroma of piping hot samosas, bread pakoras and jalebis as soon as you step out. By 11 a.m., the crowd starts to gather around these food stalls and small shops, gorging on the freshly prepared nashta (breakfast) for the morning.

Scanning through all these delectable items and at once, being tempted to grab a bite, I knew what I was looking for and wouldn’t stop till I found it. I was saving my appetite for the most famous thing right after the holy shrine, the Amristari kulcha. Finally, I found an eatery called Kulwant Kulcheian wala and after the first bite of that flaky and buttery kulcha, I knew that my hunt had been successful.

I would like to officially call Amritsar as the kulcha land because I doubt anyone, tourists and locals alike, would have left the place without indulging in the Amritsari kulcha at least once. While India is replete with a variety of kulchas, from Jammu to Bihar, this particular kulcha has a unqiue identity of its own. For the unversed, kulcha is a type of unleavened Indian flatbread that may be cooked in a tandoor and can be stuffed with all things tasty.

For instance, we’ve got the Kalari kulcha of Jammu which is a cheese lover’s paradise. The special goat cheese which is a specialty of the Himalayan region is called Kalari and is used for stuffing the bread, along with onions and green chilies, grilled to a perfect crisp. Similarly, the Bihari kulchas are nothing like the soft breads you relish in other parts of the country, they’re hard like biscuits.

Let’s take a step back in history and recall the time when India and Pakistan were a unified land. The entry of Central Asians in our homeland brought about several changes. Their cultural and culinary traditions heavily influenced our lifestyles and thinking. Food was one area where the impact can be seen the most, to the extent that the Persian cooking techniques of a dug-out tandoor and leavened bread have lived on even after the Partition of the two countries and division of Punjab, where the stuffed kulcha was born.

The concept of a bharwaan kulcha was the idea of Punjab, where they started stuffing it with potatoes and onions, making it a filling meal.  Later, the French technique of puff pastry served as an inspiration for the buttery, flaky kulchas to make them soft and crispy at the same time. Moreover, the aroma of the kulchas reached the Mughal courts just in time and one of their last emperors in lineage, Shah Jahan fell in love with this creation.

While Shah Jahan adored the kulchas and wanted to have them for all his meals, the Nawabs of Hyderabad placed the flatbread on a higher pedestal when the same kulcha found its way up the flag of Nizams. The Asaf Jahi dynasty’s flag was yellow in colour and had a circle in the centre which is believed to symbolize the kulcha. This was done in honour of Mir Qamruddin, a Sufi saint whose heirs ruled Hyderabad for seven generations after a pir professed the same when Mir ate seven kulchas ,wrapped in a yellow cloth.

The Amristari kulcha owes its distinct taste to the generous use of butter and ghee in the seven-layered flatbread, which is cooked in a special tandoor that is specifically kept for making kulchas. I had mine with a good portion of Amritsari chole, topped with a huge glass of lassi.

If you want to try some kulchas at home, here are some quick recipes for you.

While chole are best paired with kulchas, nutri chunks do a fair job too. Spruce up a masaledaar nutri dish with tomatoes and onions and dig in with your soft tandoori kulchas.

Another popular street food item, the bhiga kulchas are all things spicy and hot.

A variant of the traditional aloo kulcha, the layered bread in stuffed with a nice paneer filling that is then folded in and cooked in a tandoor. 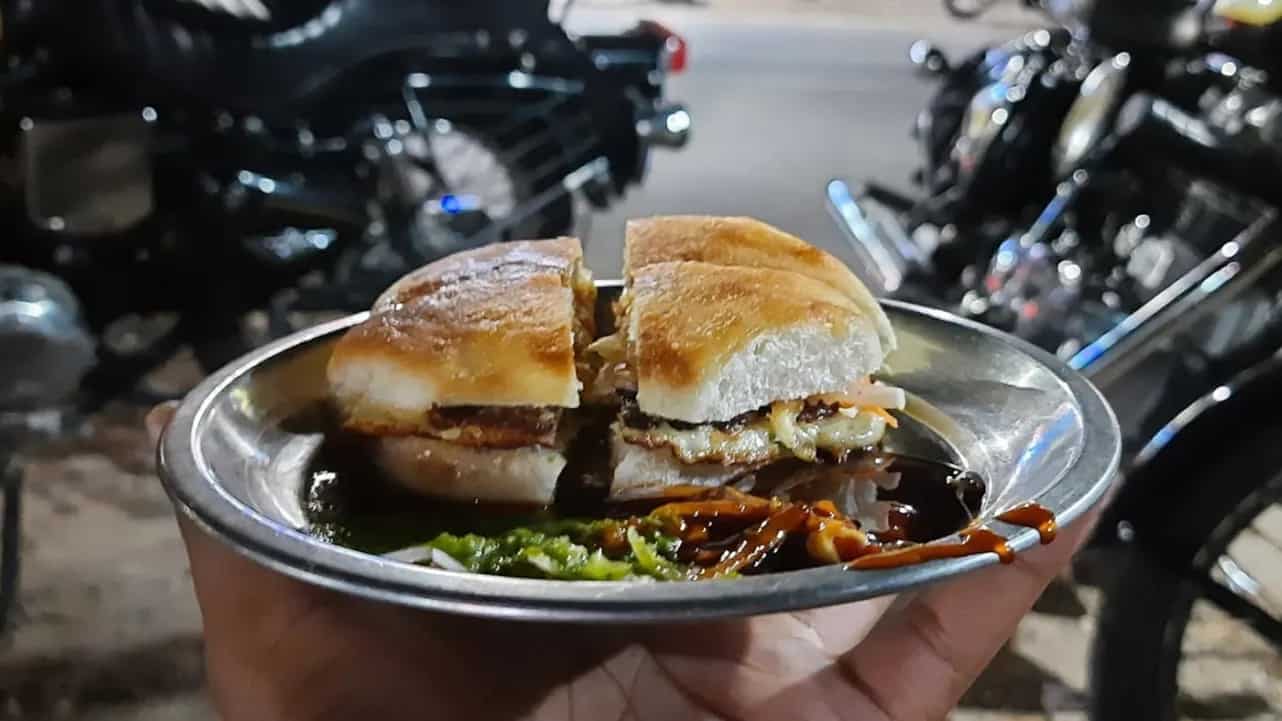 How kulchas from India and Pakistan act as a great unifier

How kulchas from India and Pakistan act as a great unifier