7 Types Of Indian Dumplings You Should Definitely Try

A dumpling is traditionally defined as any type of ground meat or vegetable wrapped in a rice or wheat dough and steamed, fried, or boiled. There are few things as satisfying as dumplings. Serving as both a student staple and a satisfying post-work snack, dumplings can be found around India in various shapes and sizes. A dumpling is traditionally defined as any type of ground meat or vegetable wrapped in a rice or wheat dough and steamed, fried, or boiled. They can be filled with a sweet mixture as well. Dumplings are most commonly known as momos, but nearly every state in India has its own version of the dumpling that you are yet to try. Here's a list of dumplings from around the country that everyone should try.

Momos are unquestionably the king of dumplings, at least on Indian streets. This snack is extremely versatile and has been adapted to suit all tastes, whether they are more modern or traditional in nature. From regular chicken momos to schezwan momos, they can be found in five-star restaurants or the food stall outside every college campus. With frozen momos becoming increasingly popular, you'll be able to find any type of momo you want. 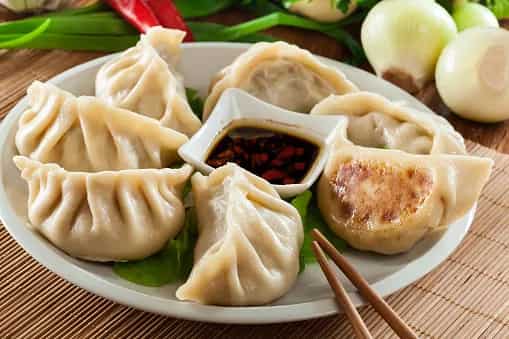 All the momo purists will come after everyone now, but what is a samosa if not a fried dumpling? Remember what a dumpling is: any ground meat, vegetable, or filling wrapped in flour dough and fried. That is, in essence, a samosa. Though most samosas are slightly larger than your average dumpling, they still fit the definition of a dumpling. Besides, this is the ideal time to go out and eat a samosa. Have we mentioned samosa enough to make you want one? Those from Maharashtra will recognise this sweet snack as it fills the shelves of local mithai-walla during Ganesh Chaturthi, but this is a delicious variation on the dumpling that can be eaten at any time of year. Stuffed with grated coconut and jaggery, wrapped in a soft rice flour dough, and steamed. This dumpling, also known as kadubu in Kannada, kudumu in Telugu, and kozhakattai in Tamil, is one you'll keep coming back to. 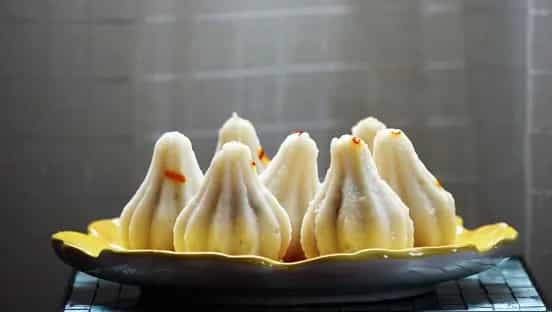 This little-known snack is a Goan Anglo-Indian dumpling. Rissóis de Camaro, as they are more commonly known, have a filling of creamy prawns that melt in your mouth and an outer covering of flour, butter, and milk. After wrapping the mixture in the covering, it is coated in breadcrumbs and fried. They puff up beautifully when fried, and undoubtedly you won't be able to stop at just one. For vegetarians, there's also a less common cheese version. Lavariya is a traditional Sri Lankan dish that is very similar to Tamil kozhakattai. It is stuffed with caramelised coconut and jaggery, with moong dal or chana dal added occasionally. The mixture is then rolled into an elongated shape and wrapped with idiyappam, or string hoppers, rather than stuffed into a ball. This is the one you'd like to try. It's most commonly served as a tea-time snack. Pitha is a broad category of bread and cakes popular in Bangladesh and India. Rice flour is the most commonly used base for pitha, but wheat or corn flour can also be used. Most pitha varieties are prepared as small cookies or dumplings filled with spices, nuts, or various vegetables, in either sweet or savoury versions.

Pitha is typically filled with jaggery and coconut in the simpler versions, while the more complex ones typically include cheese, lentils, and vegetables in the filling. Pithas are typically reserved for special occasions such as family gatherings, weddings, and harvest festivals such as Nabanna and Poush Parban in Bangladesh. Traditional Indian dumplings or fritters called muthia are cooked using chickpea flour, salt, fenugreek, turmeric, and chilli powder. The mixture is sometimes further bonded together with oil or sweetened with sugar. Once formed, muthia can be fried or steamed, depending on personal preference.

Although this is a Gujarati staple, muthia comes in a variety of flavours, including spinach, cabbage, and gourds. Muthia is typically topped with mustard seeds, sesame seeds, and chopped coriander, whether steamed or fried.

Make Way For Some Bread Dumplings