6 Indian Desserts To Savour During Monsoon As the monsoon season descends upon us, it seems inevitable that all our diet plans are bound to go for a toss. We can hardly control our irresistible urge to snack on pakora, kachori and hot bhajiya. But there are some delicious desserts too that make the rainy season even more joyful. India, being an agricultural country dependent on rain, has always welcomed monsoon as a celebratory season. And nothing screams festivities more than delectable sweets. Some desserts make their way into the monsoon platter courtesy of their association with a festival, while others are consumed because of their medicinal properties. Let's look at some of the sweets that make monsoons magical by their aroma and taste!

The month of Sawan has several important festivals like Teej and Raksha Bandhan. One dessert that is associated with the celebrations is the Rajasthani delicacy Ghevar. It is a honeycomb disc shaped dish that is prepared in ghee and served with sugar syrup. Its crispy, flaky texture and rich taste makes it a must have dessert to munch on during the monsoon. Ghevar has several variations including malai ghevar, paneer ghevar and mava ghevar that can be found across Rajasthan and its neighbouring states like Haryana, Madhya Pradesh and Gujarat. 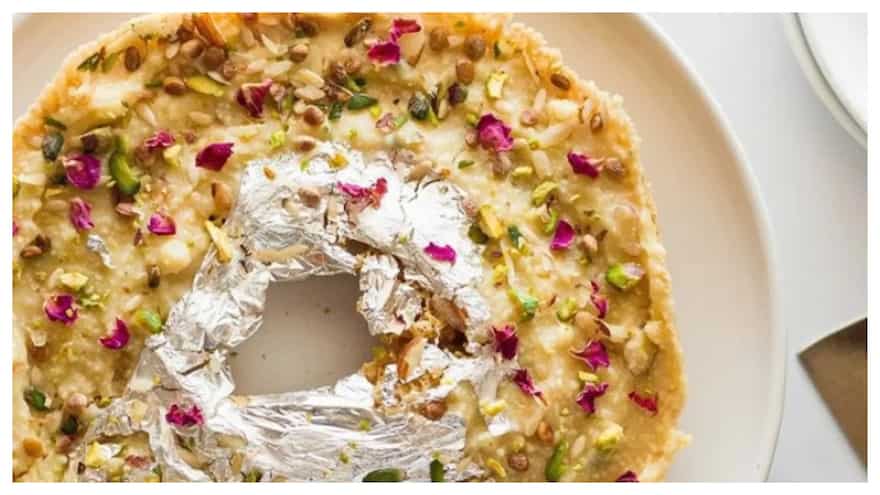 One of the most popular desserts consumed during Onam in the month of August is Nei Appam. The appam dough is prepared with rice flour, jaggery, cardamom, and coconut. A vessel called appakarai is used to cook the batter in ghee and take the shape of small cups. Used as Neivedhyam (an offering to God), this dessert is Kerala’s go-to preparation for auspicious occasions.

Prepared with the rare variety of black rice, Chak-hao kheer is a traditional dessert in Manipur consumed both because of its taste and medicinal properties. The black rice, also called the forbidden rice, prevents obesity, inflammation, diabetes and has a very unique nutty flavour. Although this confectionary can be eaten round the year, it becomes a regular during monsoon because of the anti-allergy properties that it has. Predominantly eaten in Thissur district of Kerala, Kinnathappam is a rare dessert made with stuffed ripe jackfruit and jaggery inside rice cakes. It is a light dessert that is served during monsoon as a quick evening snack. A delicacy that is reminiscent of childhood nostalgia for many Keralites, only a few bakeries of Cochin still sell Chakka Kinnathappam.

This traditional North Indian pancake is prepared with all-purpose flour, semolina, jaggery or sugar, coconut and cardamom. It is best enjoyed with a sweet, thickened milk dessert called Rabri. Malpua is perhaps the oldest Indian dessert ever as its origin dates back to 1500 BCE, during the Rig Vedic period. Hot Malpua, fried in ghee and dipped in a generous portion of sugar syrup, can be the best answer to the sweet cravings that we have when it is raining cats and dogs outside.