The Western cousin of the North Indian Rabri, Basundi is a traditional milk dish of India. Popular in the western states of Maharashtra and Gujarat, Basundi is made by reducing milk and flavouring it with cardamom and nutmeg. A go-to festive food, Basundi is favourful, aromatic and has a melt-in-mouth texture. Although believed to have originated in the western Indian states of Gujarat and Maharashtra, Basundi is also relished in parts of South India like Andhra Pradesh, Karnataka, Telangana and Tamil Nadu. Are you confused about what to make for the upcoming festivities? Here are eight delicious Basundi recipes you can try. Why not start with a classic Basundi that has managed to win the hearts of Indians for ages? Try this Basundi recipe at home to serve the authentic flavours of western India in a bowl. 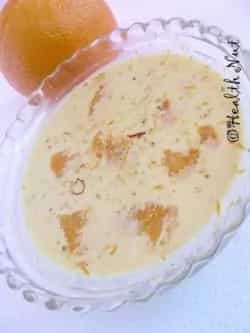 Ever thought about how Basundi will taste along with citrusy flavours? Try this orange Basundi to taste it yourself. Absolutely creamy and irresistible, pineapple Basundi is everything you can expect from a decadent Indian dessert. Enriched with freshly grated pineapples and spices like cardamom, this Basundi recipe can make you drool in no time. 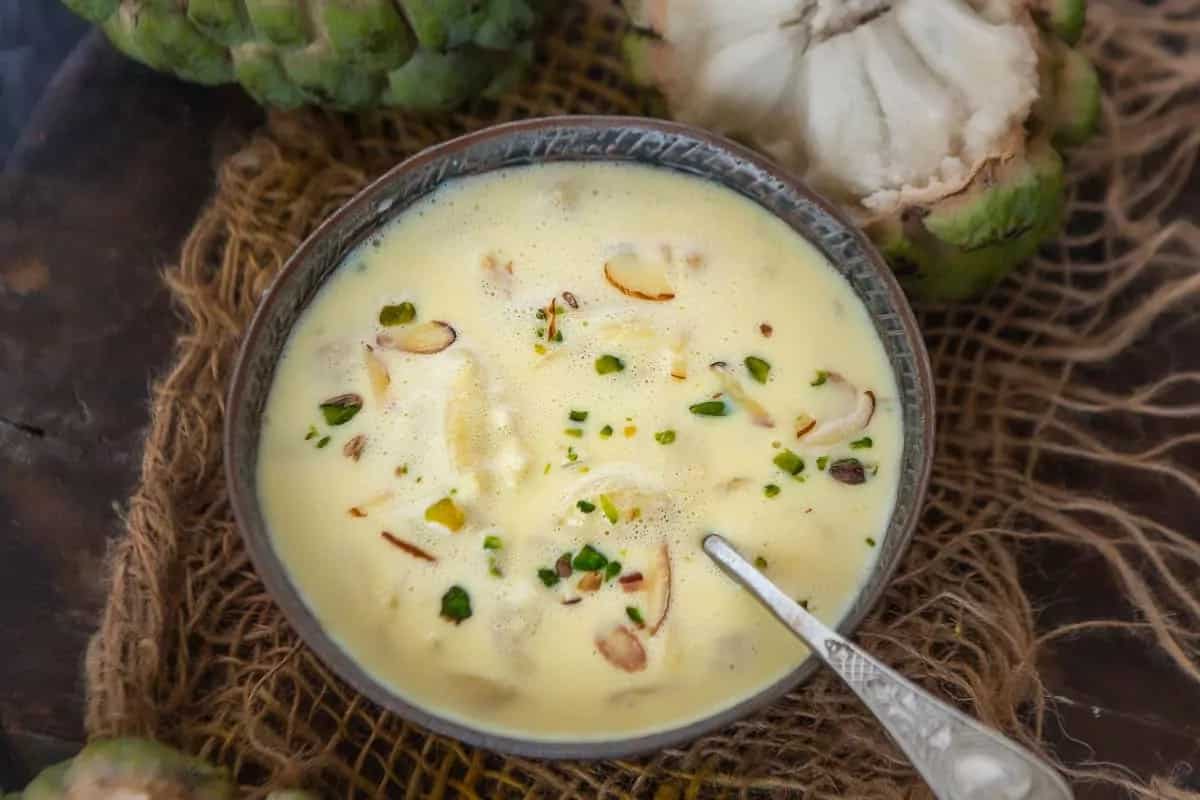 Revamp the classic Basundi by adding fresh custard apple pulp to it. This custard apple Basundi recipe will fill your palate with decadence on festive days. 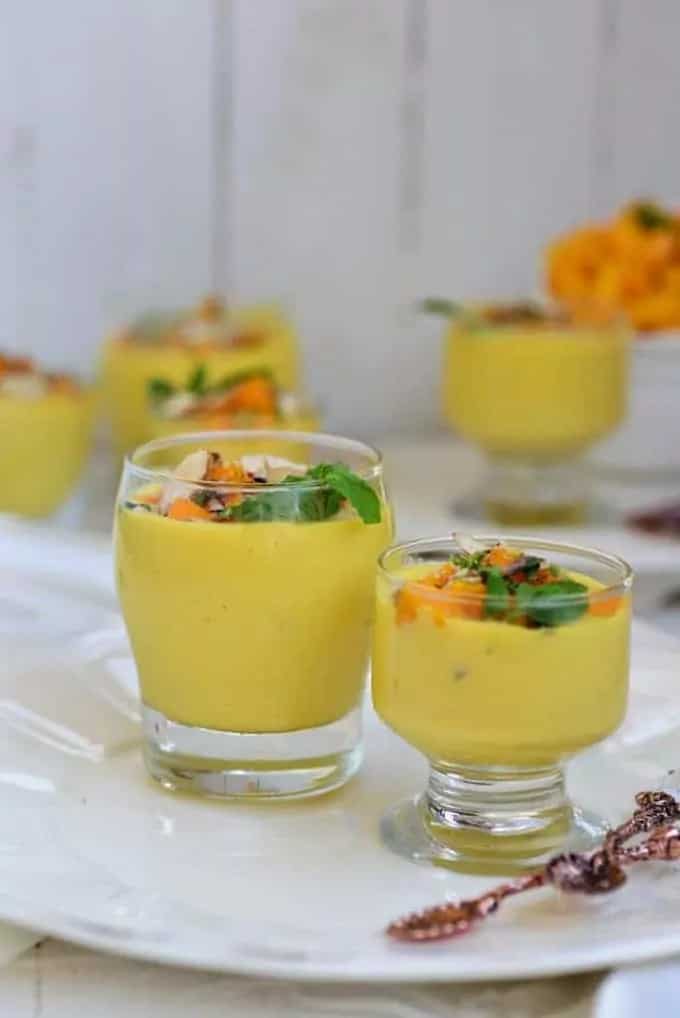 Revisit the summer memories with this Basundi that is filled with the goodness of mangoes. This easy recipe can be made with just five ingredients and is perfect for your Vrat days.

Enriched with the flavourful and aromatic combo of apples and cardamom, this apple Basundi is all things delicious and fragrant.