Kugel is a traditional Ashkenazi Jewish dish of baked pudding and casserole typically made from egg noodles and potato or both. Besides relishing it on casual days, Kugels are a must to be prepared on Jewish holidays enjoyed together with a gathering of people. Kugel is a German word that means something spherical in shape. When kugels originated, they were prepared in round dishes, but nowadays, people prefer to bake them in saque pans instead. So keep any baking dish handy and get ready with us to bake some delicious, creamy and flavorful kugels. Here are some of the best recipes listed below. This eggnog gingerbread kugel is made in the form of a pastry instead of a casserole or pudding. It’s delightful and topped with gingerbread crumble, which makes it extra delicious. Here’s an original recipe for making authentic kegel in the Jewish style. Invite your guests over and bake them this Jewish kugel. These thin potato kugels are small and crispy bites of happiness. But, we bet you won’t be able to stop eating. So make enough at home and enjoy! This noodle kugel is the most comforting dish ever. You can make this one in either a sweet or a savoury version. Choose one and get started! 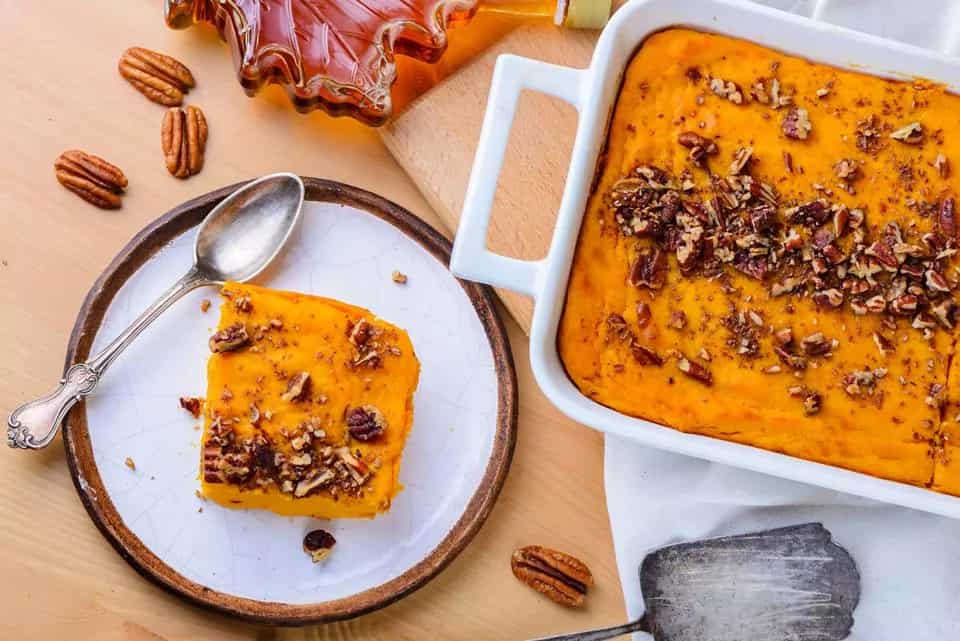 Make this butter squash kugel with just five ingredients. It has a smooth, light texture with a delicious maple flavour. Enjoy eating this in your next brunch together with friends! This kugel is packed with eggs, cream, cheese and noodles. Top it off with a rich and crunchy corn flakes topping that will deliver to your taste buds a cinnamon-sugar flavour.