5 Eggless Brownies That Are Too Good To Miss 2021

Brownie is one of the most decadent desserts in the world. Brownie lovers would agree that there is nothing more satisfying than the indulgent taste of brownies. A brownie a day keeps the frowning away. Brownies are either fudgy or cakey but always super chocolatey. They are made using flour, butter, chocolate, eggs, and sugar. A piece of brownie is usually accompanied by milk, ice cream, or topped off with whipped cream. Are you someone who’s under the impression that brownies are generally tough to make? Let's prove you wrong. Whether you are making eggless brownies or those with eggs, they are both equally easy. Let's discuss everything about how eggless brownies can be made. Feeling excited? Here are 5 toothsome eggless brownie recipes you should know about.

Experiment with making a brownie with a healthy twist. This recipe calls out for the use of oats. Oats flour is mixed with wheat flour while whipping up the batter. This one will leave everyone surprised for sure.

Bake a batch of these super chocolate eggless brownies that are too addictive in taste. Ever tried eating hot brownies with ice cream? Enjoy eating this one with any ice cream for a wholesome experience. These eggless cakey brownies are super moist, airy, and tempting. Try this one out and find out the difference between cakey and fudgy brownies. We bet you won't regret making it. It barely takes five minutes to make this dessert. These no-bake eggless brownies are sure to steal your heart. An instant recipe that can fulfill your cravings in a snap. 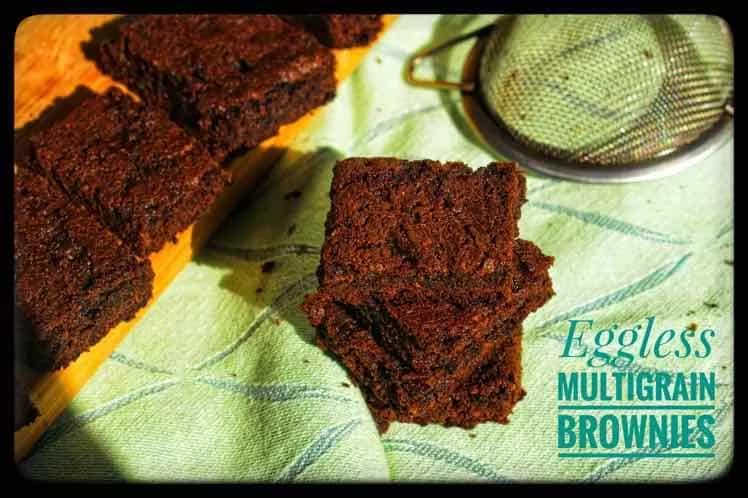 Last but not the least, get a taste of these delightful multigrain brownies. The magical taste of these brownies retains in your mouth for just as long as you can imagine.