The fun and happening side of Diljit Dosanjh’s personality is not hidden from us. While the Punjabi boy seems to be shy and soft-spoken on screen, his reels tell a different story. There is no doubt about his sensational singing talent, but it’s his kitchen adventures that have become the talk of the town these days.

The Phillauri actor set foot in the kitchen to make something during the lockdown. Like many others, he too, donned the chef hat and entertained his followers. But even after the pandemic eased, Diljit continued to cook and tempt us with his delicious food. Moreover, his singing and dancing skills were also put to great use in these videos.

And now he’s back with another such cooking reel on his Instagram feed. He starts by playing around with a utensil and then plays a song on his tab. After grooving on some bhangra steps, he is seen adding oil in a kadhai. Then, he adds boneless chicken to the kadhai with oil. Tossing it all together, he dances a little more. He then adds tomato puree to it and covers it with a lid for the chicken to cook. 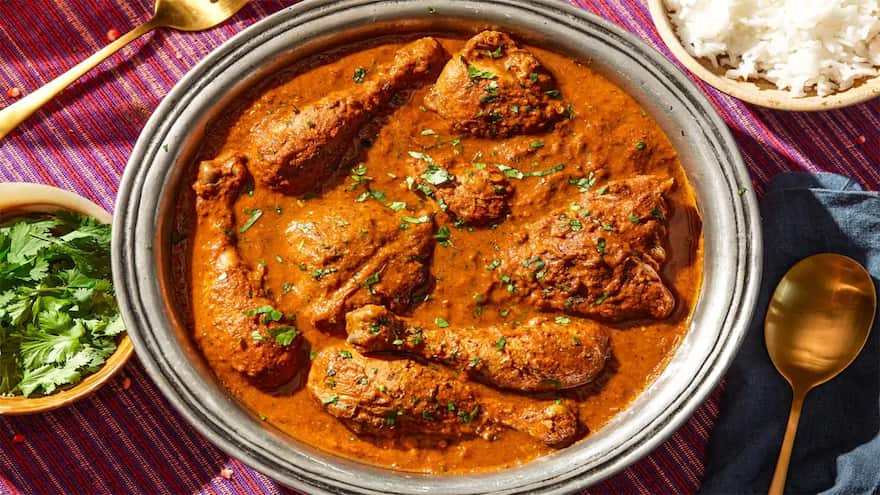 Meanwhile, he does fun commentary throughout and suddenly realises that something isn’t right. As soon as he lifts the lid, the chicken seems to stick to the pan. He stops the music and says “chicken kharab, gaana bandh”. He adds some water to it, throws in some spices, mixes it all together and covers it again. Then he goes back to being happy and playing the bhangra music while the chicken gets ready. Finally, he checks whether the chicken is properly cooked and then brings a plateful of matar pulao.

He pours in the kadhai chicken on the side and seems elated. The dancing and singing Diljit heads out of the kitchen to eat in peace. The dish looks lip-smacking and we are super excited. However, this isn’t the first time he has made something in his kitchen. Earlier too, we’ve seen him making shakshuka for breakfast, a variety of fruit bowls, curries like paneer and much more.

All You Need To Know About Diljit Dosanjh, The Ultimate Foodie