White Tea: This Emperor-Special Cuppa Is Now Enjoyed Across The Globe

There is a vast variety of tea around the world but it was the white tea that was the emperor’s favourite in China. From green to black and purple, the colours that are brewed into a cup of tea are quite fascinating. How could white be left alone then? White tea, for the unversed, is made from the delicate and freshest of buds of a tea plant that haven’t been processed. By processed, it refers to the method of oxidation through which tea leaves attain a deeper flavour and darker colour. The leaves used for white tea do not undergo any such process. In fact, these leaves, once plucked, are left to wither in the air and dry out. Little or no oxidation takes place due to low heat which lends a soft and fresh flavour to white tea. The carefully-controlled environment where these leaves are air-dried is what makes them so unique and special.

The Camellia Sinesis tea plant is usually used to prepare this exotic tea that is not only delicious in taste but is also considered to be a healthier tea type with lower caffeine content. For oxidation, several techniques are employed like roasting, pan-firing or steaming. In case of black tea, the leaves attain a dark colour and malty flavour due to the complete oxidation that occurs before these leaves are air-dried. Moreover, the green leaves need to retain a lighter colour so they are pan-fired for oxidation and then dried. These methods lend distinct flavours to different kinds of tea leaves.

Nonetheless, what is more fascinating about the exquisite white tea is the rich history that it carries. The tea culture and tea drinking traditions of China are no stranger to us. Just like Japan’s tea drinking ceremony, China too had a special annual ritual that involved tea. During the period of 600-1300 A.D., the Chinese dynasties developed several imperial tea gardens to encourage the production of rare tea varieties. Carefully cultivated fine teas served as a tribute and tax to the emperor of that time. 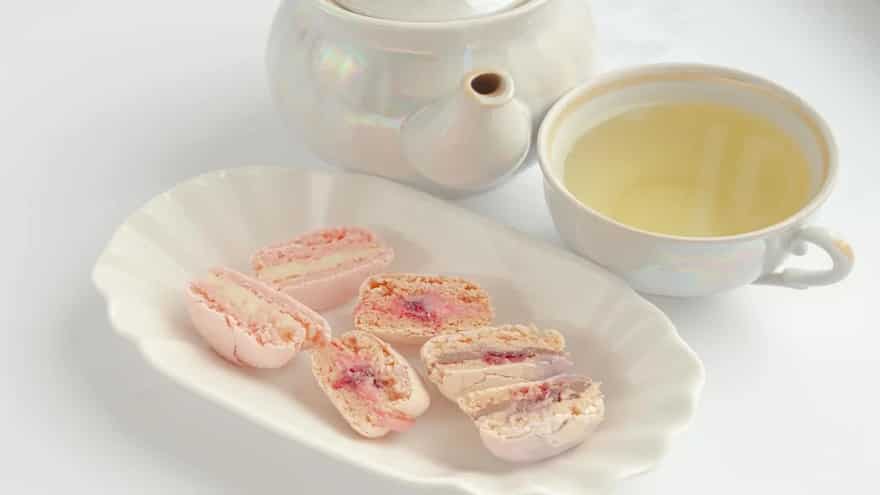 This practice of presenting the freshest and newest of tea leaves to the emperor was followed by the citizen for a very long time. The white tea was prepared during this time using the newest of buds which were steamed, rinsed, air-dried and served to the emperor in China. Interestingly, the special kind of tea leaves required to make that silvery powder was not available outside the Fujian province of China. However, as loose tea leaf production gained prominence, white tea started becoming available in other parts of the world too, as Darjeeling white tea, White Peony white tea, Silver Needle white tea and more.

The subtly sweet and mild flavours of white tea, with its floral aroma and grassy texture, make it one of the costliest teas in the world. Production of white tea is a time-consuming process and its selective availability is what makes it so pricey. While the original tea plant that is native to China has a lower caffeine value, the different varieties processed today differ on certain factors.

The Curious Case Of Earl Grey Tea: History Of The Fragrant Tea

From Margaritas To Tea: 6 Drinks That Use Strawberries