What Makes Lucknowi Biryani The OG Biryani of India

Lucknow was celebrated in all its glory in Crowne Plaza New Delhi Okhla's new food festival. The inviting aroma of kebabs, the crunch of batashe, and nawabi air bring alive the first floor of Edesia, Crowne Plaza Okhla, in Delhi in their ongoing ‘Jashn E Lucknow’ food festival. The festival pays a tribute to the ‘city of nawabs’ through a feast to remember. From the ‘Rumi Darwaza’ to the vintage posters of Pearl Cinema, or the Chattar Manzil or Umbrella Palace, and the décor, in its own sweet way, help elevate the experience for gourmands. 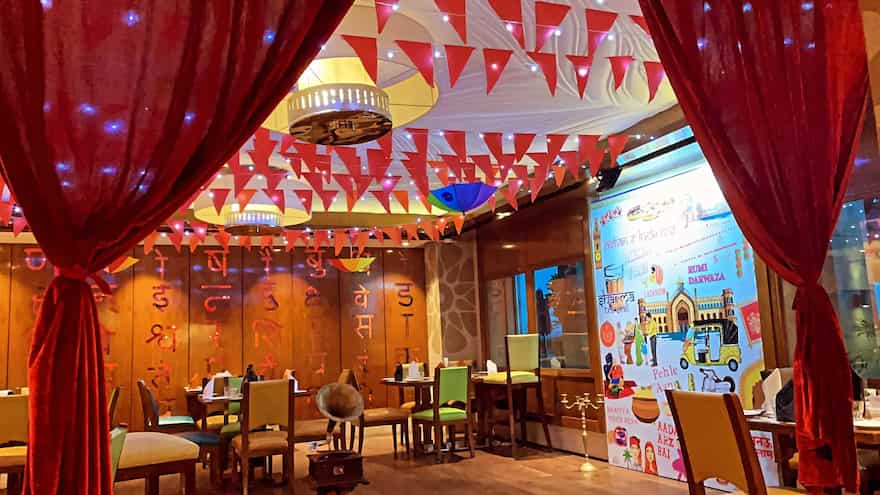 Pradipt Sinha - Director of Food and Beverage, Crowne Plaza New Delhi Okhla - said, “Awadhi cuisine is known for dum-style of cooking, which will be a unique selling proposition for the food festival. We have collaborated with local chefs from Lucknow to capture the secret behind these mouthwatering aromatic delicacies. While Mughlai cuisine which is extremely popular in Delhi focuses on grilling and roasting over tandoor with high quotient of ghee and spices, Awadhi cuisine has subtler flavours with a blend of selective yet exotic spices and thus retains the taste of main ingredients.” We also got hold of their special Lucknowi Gosht Biryani from head chef Sachin Kumar. Turns out, it were the Mughals who popularised the very idea of biryani in India, and the region of Awadh was where it got its refined treatment. The Lucknowi biryani is not as spicy as the Hyderabadi Biryani, even the rice used in this Biryani is long-grained, fragrant. The Lucknowi Biryani is also touted to be the inspiration of Kolkata Biryani. It was the exiled Nawab of Lucknow, Wajid Shah, who asked his cooks to cook him Biryani. It is said that somewhere down the line, to make up for the lack of meat, potatoes and boiled eggs were added and this gave way to Kolkata Biryani.

5 Vegetarian Dishes That The City Of Nawabs Has To Offer

For the love of Biryani- From Kolkata to Lucknow