War Of The Superfoods – Dalia Vs Quinoa

Both are superfoods, both are amazing breakfast options and both have great health benefits The one buzz word that has taken over the entire fitness world is superfood. We are all searching for superfoods, what comes under the category, how to assimilate them into our meals and how they will be beneficial for us. What is superfood though? Well, the foods that provide us with the maximum nutrients and have the minimum possible calories are superfoods. Amongst these, we have two giant names amongst us today – dalia and quinoa. Both are superfoods, both are amazing breakfast options and both have great health benefits. So, let us delve into the inevitable question – which one is better?

Before we begin to answer that question, one thing that we have to remember is the fact that when two food items are pitched against each other, neither of them is in any way better than the other. They are only suited better for someone because all of us have different health requirements. Keeping that in mind, let us find out the health benefits of both dalia and quinoa and then try to figure out which is that one superfood that our body needs.

Dalia is basically wheat with husk and is often called cracked wheat. It is very rich in fibres and can boost your digestive system as well as gastronomic system. Poor dalia has been subjected to the stereotype that it is the food of sick people, but a spicy dalia khichdi is enough to change anyone's mind! It is suitable for any meal but having it for breakfast is undoubtedly the best idea. 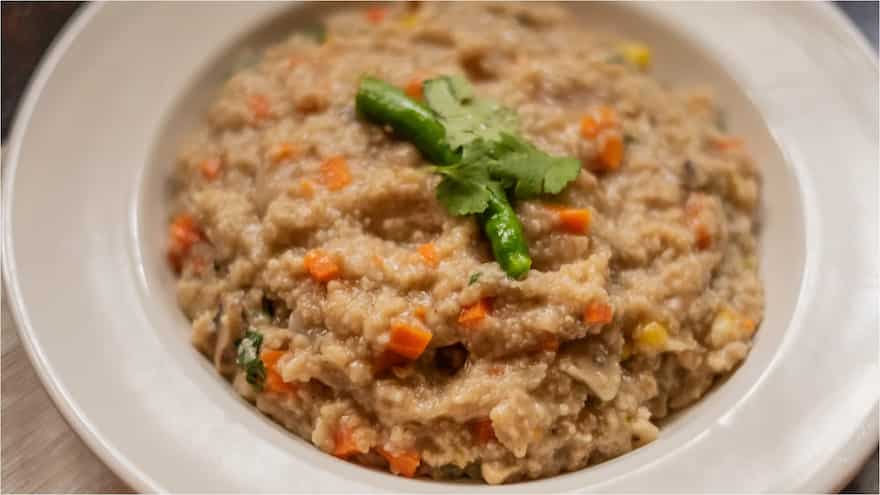 Quinoa is mostly known as a pseudo grain because it is more of a seed than a grain. It belongs to the nutritious amaranth family and comes from a plant that is grown annually only for its seeds. Quinoa is a newer addition in Indian households when compared to dalia but it has taken over our breakfast tables and how! Rich in protein, vitamin B and dietary fibres, it has every reason to be added to our meals.

Dalia vs Quinoa – Who wins?

How do dalia and quinoa compare when pitted against each other? Both are very low in calories but one thing that goes in favour of quinoa is the fact that it is gluten free. Yes, quinoa is completely gluten-free and a great option for diabetic people and people who have celiac disease. But dalia, on the other hand, gets a brownie point because it is very easy on the stomach and is the go-to food in sickness. It is filling and nutritious too, which makes it a perfect meal for someone who is not able to eat for health reasons. Another upside of dalia is that it has less fatty acid than quinoa, although there is a very small difference.

Specifically talking about the Indian market, dalia is preferable only because it is cost effective and easily accessible. It has been a part of our meals for years and that too in various forms. The plain breakfast dalia with butter, the hot dalia khichdi or the scrumptious dalia kheer – we are used to eating eat. Quinoa on the other hand is the latest entrant but has already made a grand debut in our lives. Both of these staples are healthy and can be made tasty! So, make your choice wisely – rather, eat and enjoy both of these delicious foods.

3 Interesting Ways To Incorporate Dalia Into Your Meals