Want Something Different For Dinner; How About Some Kathi Rolls

Try these succulent rolls for dinner and enjoy a perfect time with your family. A kati roll is a popular street food item in Kolkata, West Bengal. It is a skewer-roasted kebab wrapped in a paratha bread in its original form, but several variations have evolved over time, all of which now go by the general term of kati roll. A kati roll is a wrap that contains a filling and is wrapped in an Indian flatbread (roti). The word Kati, which means "stick" in Bengali, refers to the way they were originally prepared. However, in Bengal, the delicacy is simply known as "roll." Coriander chutney, egg, and chicken are common ingredients in Kati Rolls, but the variety can vary. Kathi roll has become a popular fast food dish at Indian take-out restaurants around the world, particularly in parts of Canada and the United States. The kati roll is believed to have originated in Kolkata's Nizam Restaurant, a popular eatery that opened in 1932. There are numerous accounts of how the roll came to be. Some believe that hurried office commuters wanted something quick and portable to eat, while others refer to British babus who were too pious to touch the kabab. Although the most likely origin is more mundane, someone decided to roll things up at some time. For decades, Nizam had a total monopoly on this method of serving kababs, but it gradually caught on in Kolkata and then elsewhere.

Here are some kathi rolls you can have for dinner-

A most likely dish provided for guests is red meat, sometimes known as "mutton." The most likely food provided for guests is a red meat or "mutton." It has a large fan base. This kathi roll is so delicious that you won't be able to stop yourself from trying it. The outer layer, or parantha, in this dish, can be made of beaten egg, all-purpose flour, or wheat flour. Small pieces of mutton are stuffed into the egg – parantha base after being properly fried with Indian spices. 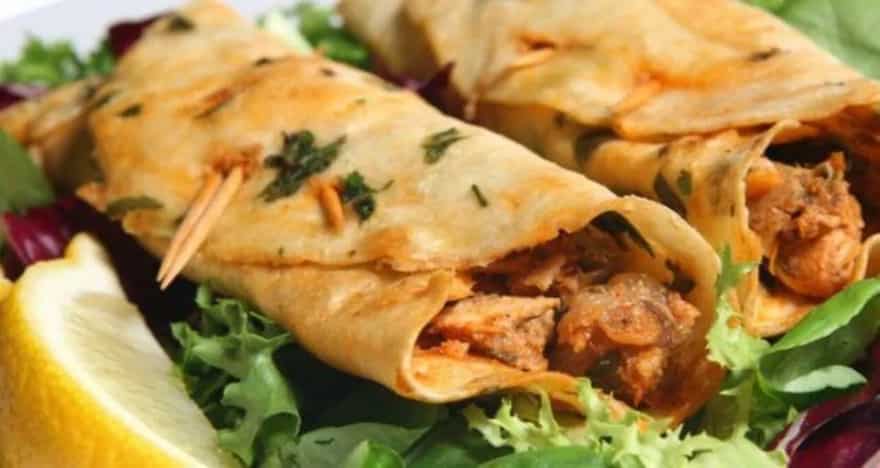 Chatpata masaledar chicken is cooked in fresh spice powder with crunchy onions and capsicum in this scrumptious Chicken Tikka Kathi Roll dish. This delicious chicken filling is served in a crispy tawa paratha with a thin omelette, pickled onions, and a generous sprinkling of chaat masala. This roll can be eaten on its own or with green chutney if you want to amp up the spice and flavour.

Just thought of a plate of smokey paneer tikka makes me drool! Leftover paneer can be used to make this dish. And if you serve it during a party, we are confident that your guests will be impressed! It's just spicy paneer tikka wrapped in chapati or paratha to tickle your taste buds. It's not only a unique way to eat paneer tikkas with your usual paratha or chapati, but it's also a nutritious, stomach-filling meal that will just awaken your taste senses.

Fusion cuisine incorporates features from several culinary traditions. This form of cuisine is not classified by anyone's cuisine style and has contributed to a lot of innovations. Fusion food is a broad term that refers to a variety of cooking styles combined in one dish. manchurian rolls are a dish in which the Manchurian balls are stuffed inside a parantha made with all-purpose flour. The roll is usually stuffed with dry manchurian mixed with different sauces and veggies. 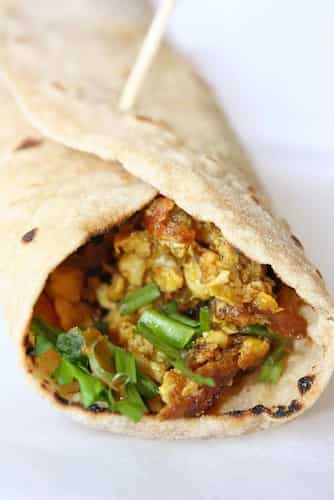 Viral: The Shahi Rolls Of Indore Are All The Rage On The Internet; Seen It Yet?