The photo features a happy Vishal with his friends post a satisfying grub. 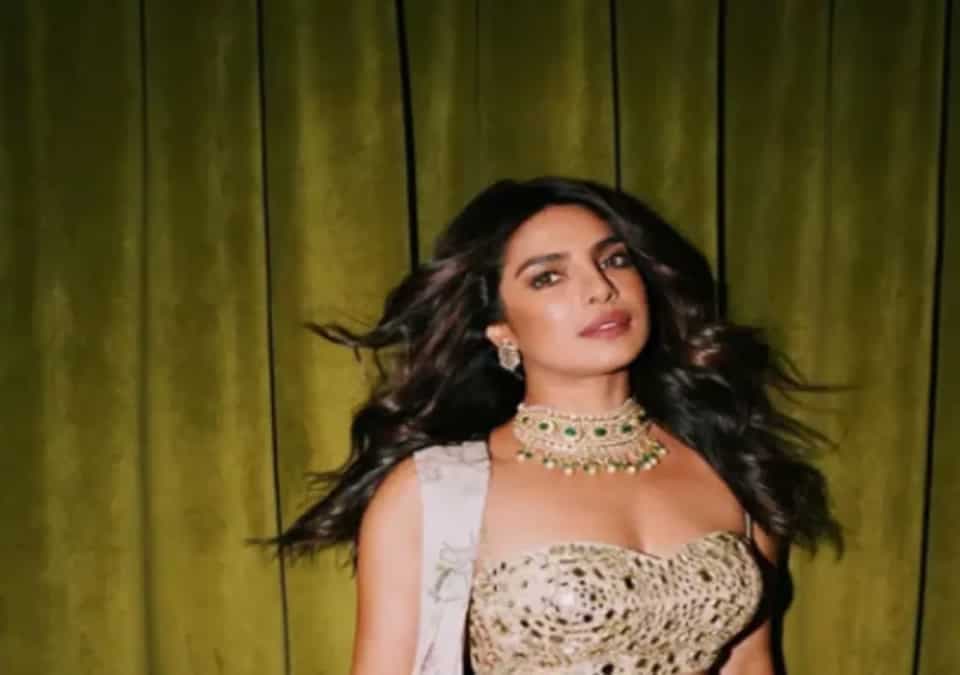 Actress Priyanka Chopra started the year on a high. Priyanka and Nick both became parents to a baby boy earlier this year. Priyanka also has a string of interesting projects lined up ahead of her like ‘Jee Le Zara’, a road-trip film starring herself and actress Alia Bhatt and Katrina Kaif. In addition to her films, Priyanka also has her hands full with interesting entrepreneurial ventures, one among which is her restaurant Sona in NYC. Sona is a contemporary Indian Restaurant situated in NYC that recently completed one year. Sona is fast emerging to be the ‘it’ destination in the city, and looks like it has some celebrity fans already. Director Vishal Bhardwaj who has directed Priyanka in movies like ‘Kaminey’ and ‘Saat Khoon Maaf’ visited the actress’ restaurant and gave her a shoutout on Twitter. Praising the delish desi offerings he wrote in his caption, “What a lovely night with friends and the most delicious desi food with a twist in New York. #SonaNewYork @priyankachopra.” The photo features a happy Vishal with his friends post a satisfying grub.

The actress was quick to respond, “So glad you liked it sir. You’re welcome anytime. @VishalBhardwaj #SonaNewYork”, Priyanka tweeted. New York is fast becoming a hub for tempting Indian food. Here are 5 other Indian restaurants you must check out in the area.

You saw this coming. Perhaps one of the most renowned restaurants in NYC. Junoon is an award-winning Indian restaurant. Michelin-starred Indian celebrity chef Vikas Khanna was also associated with Junoon for the longest time. From chutneys, paneer to chaat, everything here is just fantabulous.

In India, ‘Dhaba’ is usually refers to a small, makeshift eatery that you find across highways. While the ambience of the eatery may not be as pleasing to the eye, but somehow you find the yummiest food in ‘Dhabas’. The Dhaba in the Midtown also tries recreating the same charm with their chola bhaturas, pulao, and endless kinds of curries they have on offer.

Savour the royal Awadhi feast at this gorgeous-looking Indian restaurant in Upper West Side. The owner of the restaurant is chef Gaurav Aanand of Moti Mahal Delux fame, so you know what to expect. Melt-In-Your Mouth Galouti kebabs, Lucknawi Dum Biryani, Malai Lobster Masala and Chiken tikka are beyond amazing

Gather your bunch and head straight to this café in Long Island city steeped in Indian tadka. The eclectic ambience includes a fancy wall covered with clippings of old Indian newspapers. Biryani, Dal, Chole Bhature, Pav Bhaji, you will find everything here,

Located in the Union Square Area, this Indian restaurant is ideal to unwind with friends over some little titbits and drinks. Gupshup means chitter-chatter in Hindi and the tasty nibbles here makes the chaat all the more memorable it seems. Gupshup fried chicken, crispy okra, naan, dal and chana are some of the most delightful offerings here.

Quench Your Summer Thirst At These Best 5 Microbreweries In Bangalore

Why Is Chabeel So Significant To Sikhs?