Viral: This Genius Piano BBQ Grill Has Taken Barbecue Plans To Another Level

A man has indeed managed to integrate cooking, playing music and mobility into a single device and his video has taken the internet by storm. 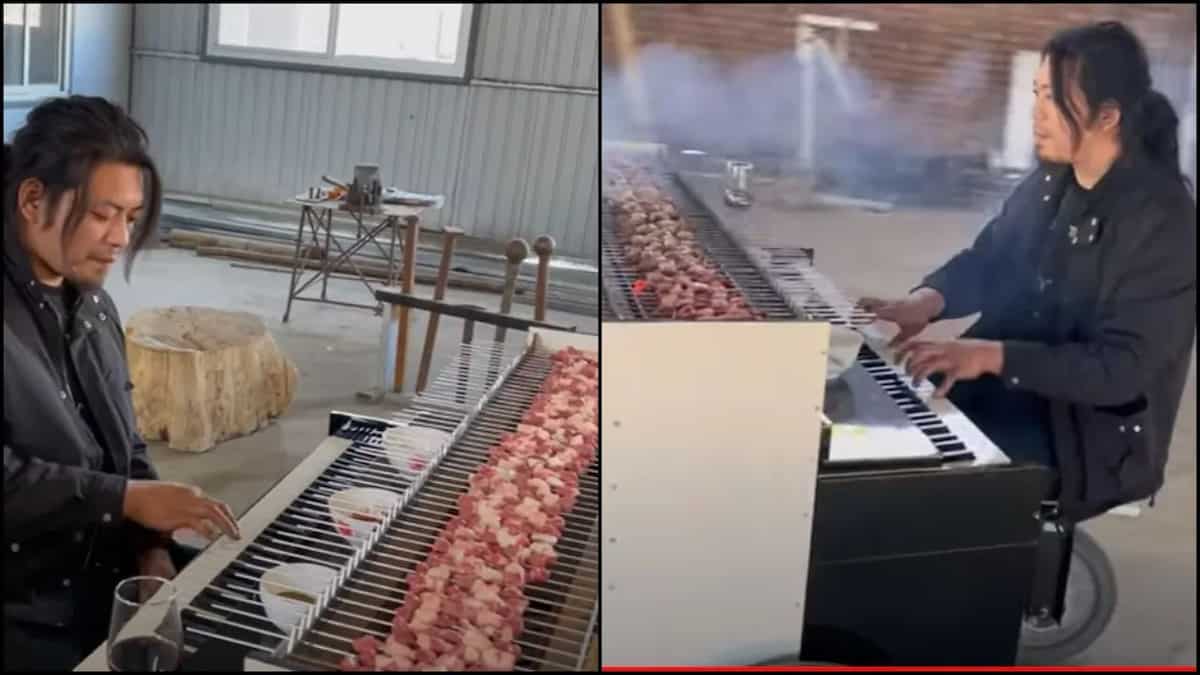 A lot of us love to have some music playing in the background when we are cooking. Especially when cooking a dish that is bound to take time. Afterall, music and cooking are two things that are sure shot stress busters. So what happens when the two really come together? No not in the way we just told you but in a device that allows you to play music and cook at the same time. Yes, you read that right. Before you think anything else, let us introduce you to the barbeque piano grill. In a video that has gone viral, a barbecue grill can be seen attached to a piano to cook meat, and make music at the same time. Yes, you read that right. A man has managed to integrate cooking, playing music and mobility into a single device and his video has taken the internet by storm.

In the video, a man is seen attaching a barbecue skewer to the grill unit. Then, he casually sits down to play the piano, which is fixed to the grilling unit. And, the grill and the piano are attached in such a way that when he plays a key, the corresponding skewer turns.

Post this, another man comes in and places a burning coal beneath the grill and soon after, the man begins to play again, a more complex tune, which caused all the skewers to turn. The smoke is seen emanating out of the grill more vigorously, while the man continues to play music. That's not all. He even moves around on the setup, with the help of three wheels attached to it.

The video began to trend on social media as soon as it was it was shared on Twitter by a handle “vinyl7 records”. The clip, shared on January 19, has garnered over 3 million views and over 43k likes since then.

According to the Hackaday website, the secret to this genius machine is that Handy installed a microswitch under each individual key in the piano. When the keys are pressed, corresponding motors get turned on, which further turns skewers loaded with meat. The 1.35-minute long video has obviously left netizens amazed and the comments are worth taking a look. We’ve got several reactions right here:

The video was originally shared by Handy Geng on YouTube in November, last year. It too has over 3 lakh views on YouTube.

What do you think about the amazing video? Let us know.

Viral: Is This World’s Biggest Chikki? Watch And Find Out