Viral: 2kg Bahubali Patty In Delhi Is Making Us Drool; Have You Tried It Yet?

The humongous patty priced at ₹250, looks all things yummy. 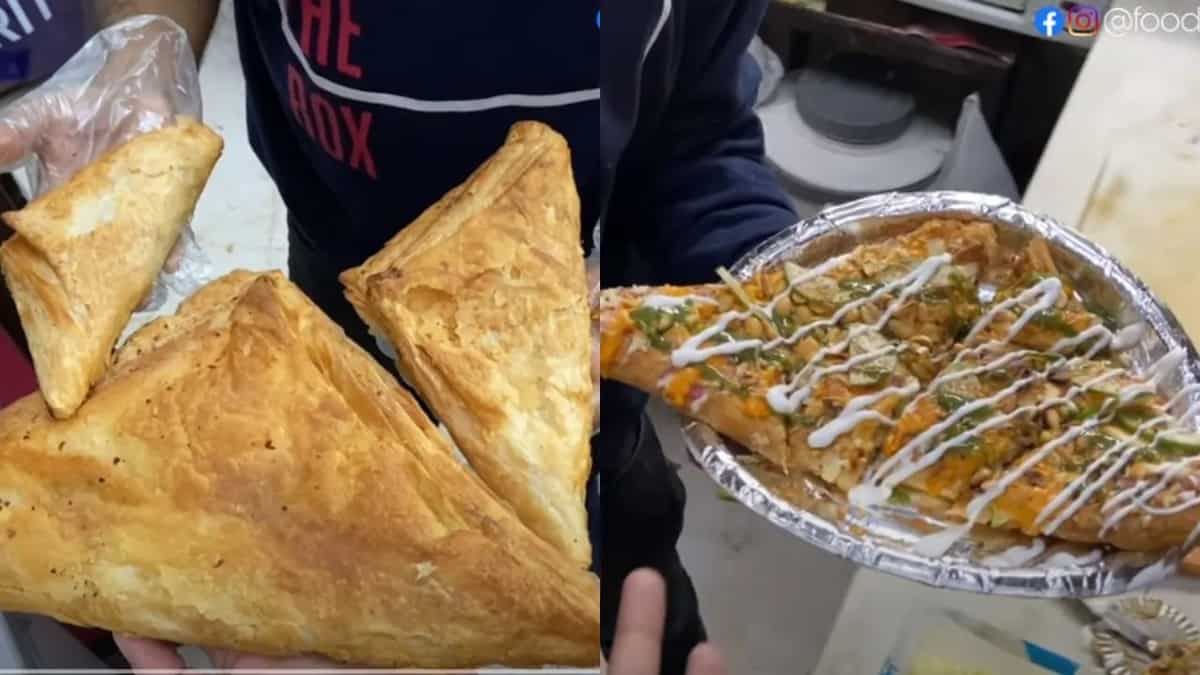 The trend of humongous dishes has taken over the street food scene in India. Be it a giant momo, huge thalis or a 1.5-ft long roll, there are many new innovations happening in order to create something unique. And such is the latest giant food that we found on the internet. Joining the bandwagon of Bahubali roll, Bahubali pani puri and so on, Bahubali patty is the latest snack to look out for.

In a video uploaded by food blogger Amar Sirohi on his official YouTube channel, he takes us to an eatery called ‘De Paris Bakers’ in the Shalimar Bagh area of Delhi to introduce a patty weighing 2 kg! Yes, you read that right.

The video starts with Sirohi showing us three kinds of patties – one which is of normal size, another which is slightly bigger than the former and then the Bahubali patty, which is more than double the size of regular patties that you might have had.

Then, the process of dressing up the patty starts, where the chef at the eatery starts with drizzling cheese blend on the patty, followed by a mix of chopped onion and capsicum, grated mozzarella and cheddar cheese. While the patty already comes stuffed with a wholesome stuffing of onion, tomato, potato and other veggies, the topping makes it a grand affair. Take a look:

After garnishing with cheese, the patty is slathered with a host of sauces including thousand island, barbecue, peri peri and tandoori. Following that, he adds peanuts to make it crunchy and heats it in the oven for five minutes. It comes out crispy and drool-worthy. But that’s not all. It is further decorated with cucumber, oregano and chilli flakes, along with a special in-house masala. It is served like a pizza, cut into slices and topped with mayo.

The patty, priced at ₹250, looks all things yummy! And it surely is, as the blogger reveals how it tastes like a mix of patty and pizza both. De Paris Bakers offers more than 500 varieties of pizza and we can’t wait to check it all out. The video with over 230k views and thousands of comments have already spiked the curiosity of netizens as most comments were about how delish the final delicacy looks.

Would you try the yummy patty? Let us know.

Bahubali To Dara Singh: 4 Unique Indian Thalis That Are Worth Trying

Viral: Eat One 'Bahubali Panipuri' And Earn INR 1100 In Nagpur