The veg grilled sandwich is an amazing breakfast or lunchbox dish, always loved by all and with so many variants to look forward to 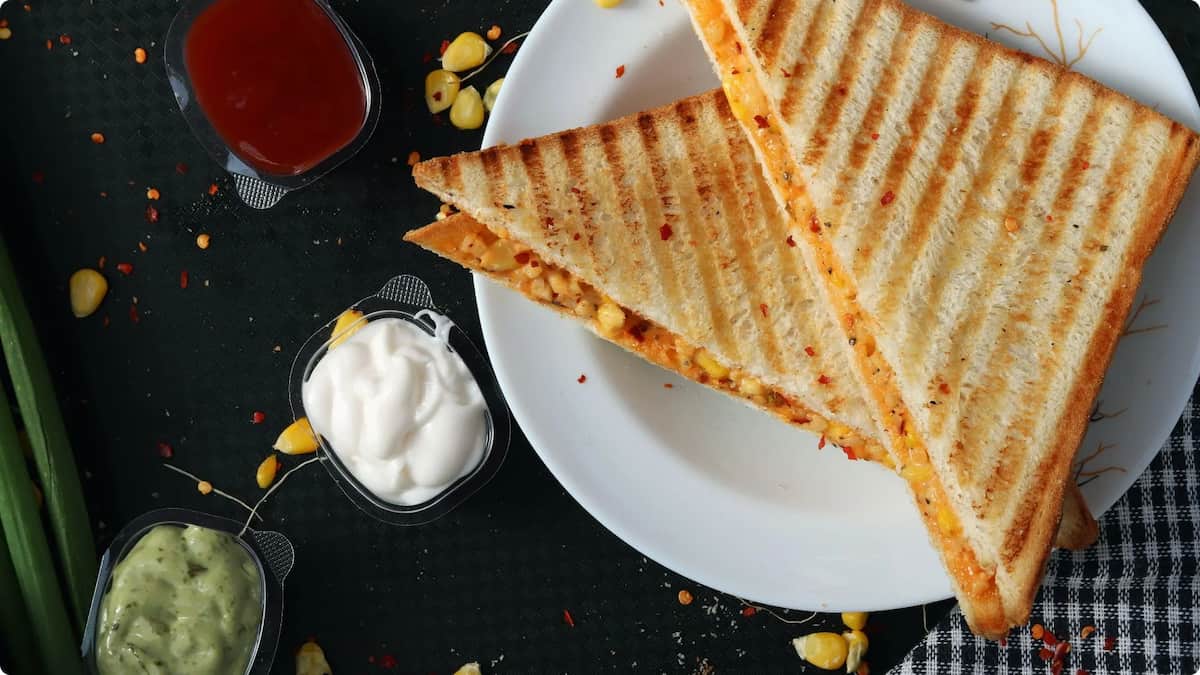 A popular work snack, picnic snack or a packed lunch for schools, sandwich has established a place at multiple occasions. Veg Grilled Sandwich typically has zucchini, tomatoes, greens, and mushrooms; simple yet gives a nice taste and mouthfeel through various textures of vegetables that are grilled along with the spices to complement the taste. This sandwich may also be accompanied with crispy potato chips and tomato ketchup. Vegetables can be added or subtracted as per one’s choice.

The name, Sandwich is kept after John Montagu, 4th Earl of Sandwich, an eighteenth-century aristocrat since he ordered meat wrapped between bread slices. A sandwich is generally defined by a combination of vegetables, cheese, and/ or meat placed between slices of bread. Bread is thus a wrapper for fillings. A portable and convenient food in the western world, it is predominant among many for a snack or for a sudden hunger pangs. It has been observed that the concept of sandwich as a wrapper for food is a practice in many cultures. In Spain and England, this became popular when the working class was in need of fast, portable and inexpensive food. In the US, sandwiches became widespread as bread became a staple in the 20th century. Further, it also spread to the Mediterranean.

A simple way to place grilled vegetables and condiments between two bread slices is what comprises in making a veg grilled sandwich. Grilling of sandwich will give a better crunch while eating and addition of cheese, spices and pesto sauce complements the added vegetables and enhances overall flavour. 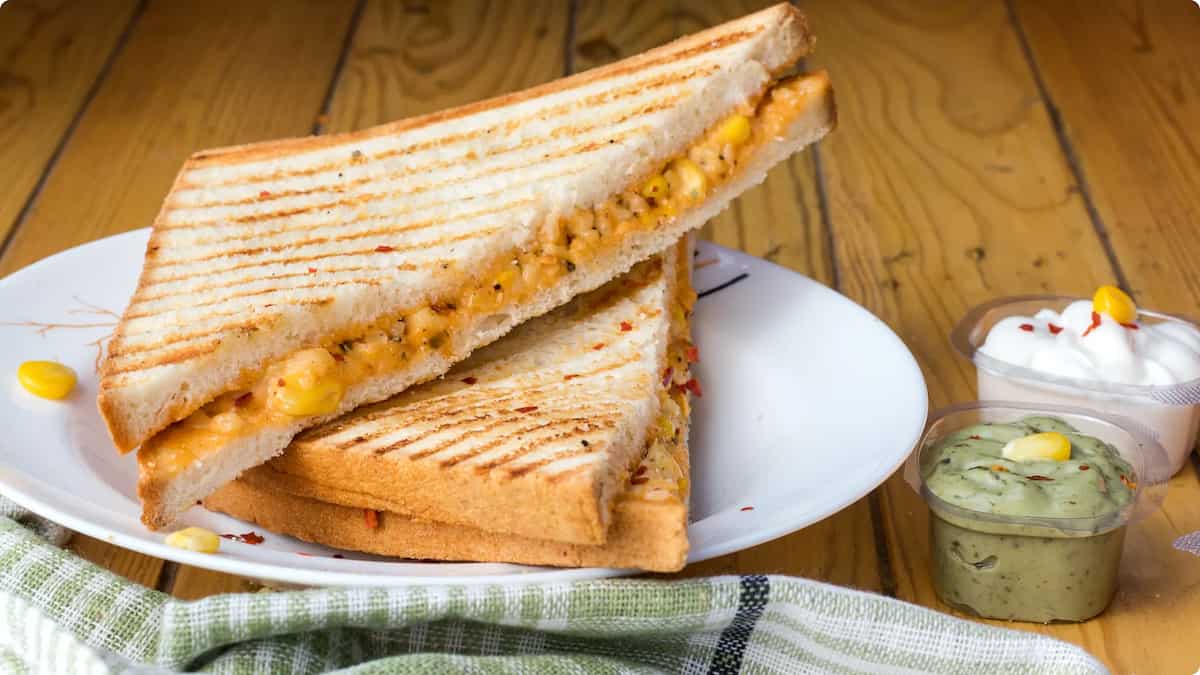 Looking for a quick breakfast or evening snack? Nothing better than a grilled sandwich to beat the hunger. An easy to make and with low preparation time, grilled sandwiches are a good catch. This dish is for new learners, hostel children or moms who want a twist in bread dishes. Prepare and share with your family for a delicious Sunday or a nice lunch box.