Use science to up your potato-cooking game

Fried or roasted, here’s how to get that perfect golden brown colour and crunchy texture Potatoes, it is said, helped the Europeans colonise the world. This unassuming-looking starchy tuber of the plant Solanum tuberosum (a name which literally sounds like a Harry Potter spell that manifests a hot plate of perfectly crisp double-cooked French fries) is originally from Peru. It was introduced to Europe in the 16th century by the Spaniards—and went on to change the course of history.

For starters, a field of potatoes produces twice as many calories as a field of wheat. This drastic improvement in productivity not only helped someone like the English feed their population more effectively, it also allowed them to significantly outsource the growing of wheat to Ireland. If you are wondering what the Irish ate if they were growing wheat exclusively for the English, it’s potatoes, because it didn’t take much land to grow them. And what did the English do with all their unemployed rural farm labour? They moved them into cities and put them to work in factories, as the industrial revolution was just starting.

Funnily, the word “potato” comes from the Spanish word patata, which in turn came from the Taino Caribbean word batata, which refers to the sweet potato, which isn’t actually a potato (it’s a yam). But this is par for the course for the Spaniards, given that their clueless navigator-in-chief Columbus insisted on calling chillies “peppers” because he wanted to sustain the illusion that he had discovered the actual source of real peppers, India.

As with chillies and tomatoes, it is surmised that the Portuguese introduced potatoes to India, particularly the west coast and Bengal. The Marathi word for it is, unsurprisingly, batata, and I have lost count of the number of non-Bengalis complaining about the liberal use of potatoes in Kolkata biryani (which, in my opinion, is the best biryani in India).

So how does one cook this tuber? Like most starchy things, it’s as simple as boiling it in water. Starch granules absorb water and expand in size, and depending on the proportion of starch and water and the kind of starch, you either get a mealy texture, a waxy texture, or something in between. In India, most potatoes are the low-starch, high-moisture variety, which is why French fries (which require a high starch potato to get a crisp exterior and a waxy interior) are distinctly underwhelming in this part of the world.

You can, of course, sauté or roast potatoes in oil; one science trick to get perfectly golden brown colouring and a crunchy texture is to parboil the potatoes in water with a pinch of baking soda. The soda breaks down pectin on the surface of the potato and produces ridges and grooves that take on a crunchier texture when they encounter hot oil.

Roasted potatoes tend to absorb 10-15% of the oil they are cooked in whereas potato chips absorb close to 35% of the oil they are fried in. Making potato chips at home is not hard at all, and you can use some food science to up your chips game. The idea is to slice the potato thin enough so that all of it gets dehydrated in the hot oil, producing a fully crisp product (unlike a French fry where only the exterior is crisp and the interiors are soft). To do this reliably, the best device is a mandoline slicer.

If the frying oil is above 170 degrees Celsius, the exterior dehydrates and browns very fast. However, if you start frying chips at a lower temperature, like 120 degrees Celsius, the starches first gelatinise (absorb moisture and swell) and then the expanded starch dehydrates in the hot oil, producing a more mouth- filling, satisfying crunch than fast-fried chips. This is why chips makers often use a narrower, pot-like vessel to fry potato chips instead of an open kadhai (wok). This technique is called kettle-cooking and the addition of chips to the pre-heated kettle lowers the temperature of the oil in it, resulting in a crunchier chip. Once the chips come out of the oil, you should salt and season them immediately, or you will end up with uneven flavouring.

If you are using an air fryer consider using frozen par-cooked fries (now available) as the lower temperature allows for a slower cooking process, and, thus, a better mouthfeel.

There is a ton of flavour in the skin, so once in a while, do consider roasting potatoes with the skins on. Sometimes, you will find some green spots in your potato, particularly after it sprouts. While the actual green colour is just chlorophyll, its presence is indicative of high levels of solanine, a poisonous alkaloid produced by all plants of the Solanaceae (Nightshade) family, so it’s best to discard the green bits.

Everyone loves potatoes. Even those particularly choosy demographic of human beings—children. As the Rev. John Tyler Pettee, teacher and poet, put it: “Search out the poor, their wants and their needs; Prayer for peace, and grace, and spiritual food, For wisdom and guidance—for all these are good, But don’t forget the potatoes.” 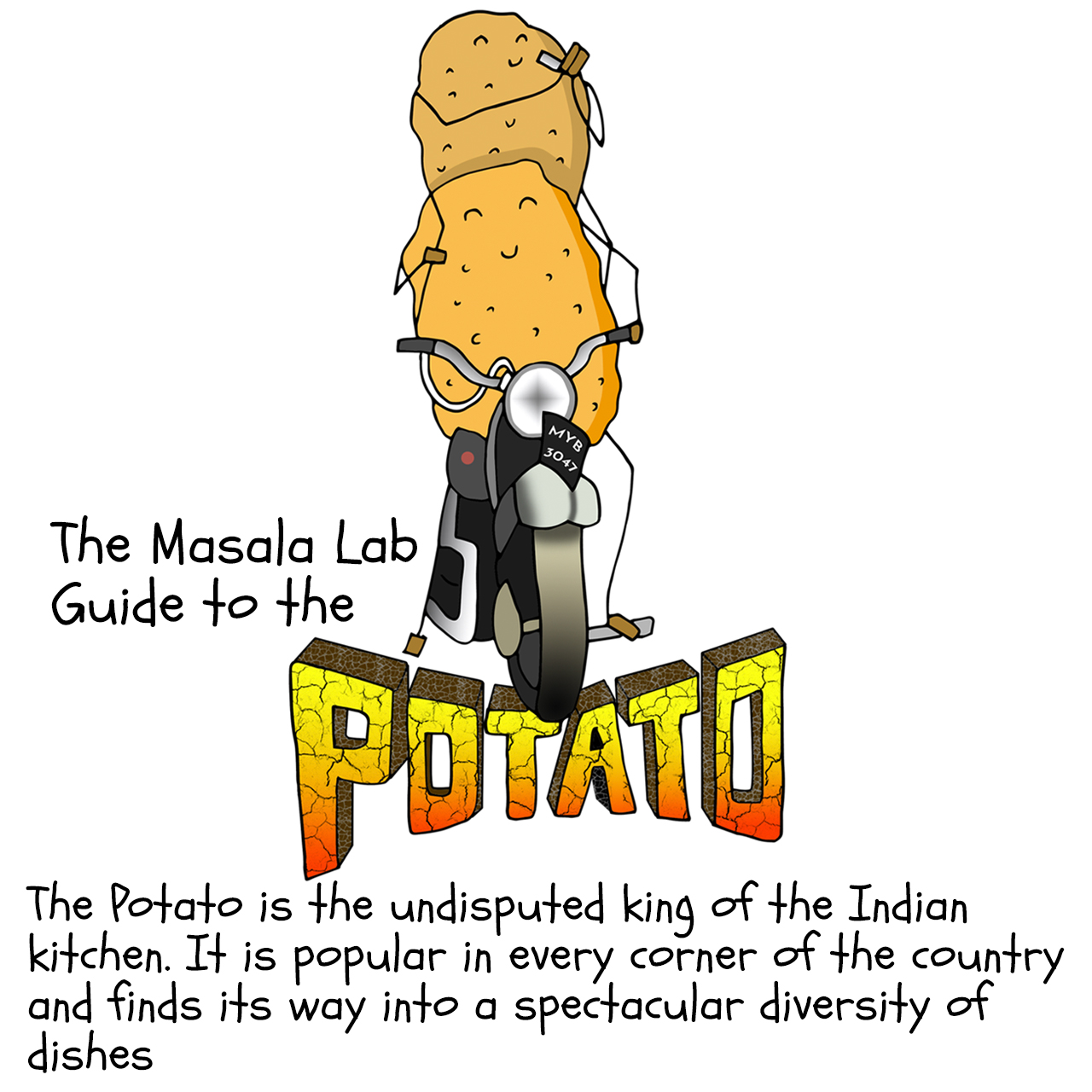 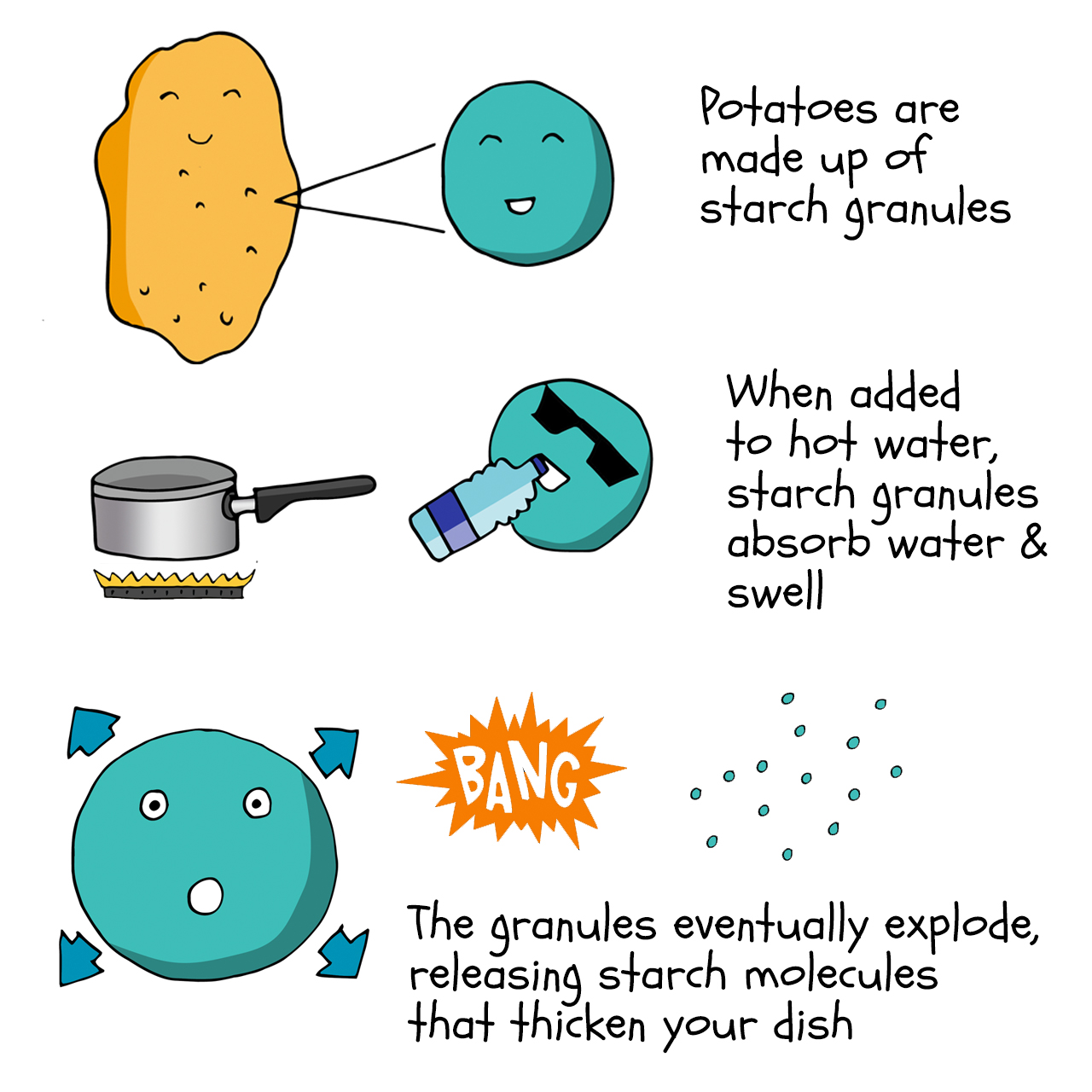 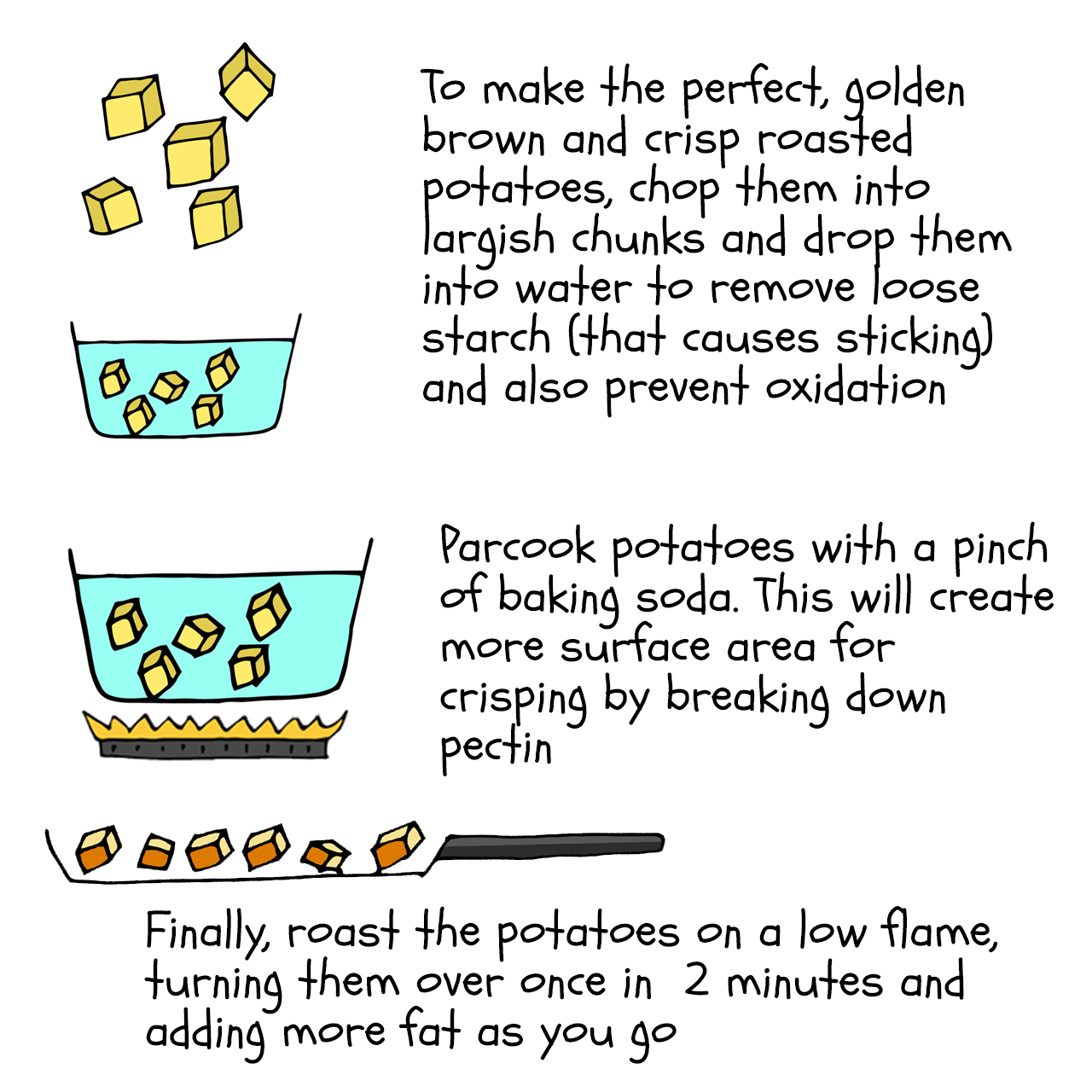 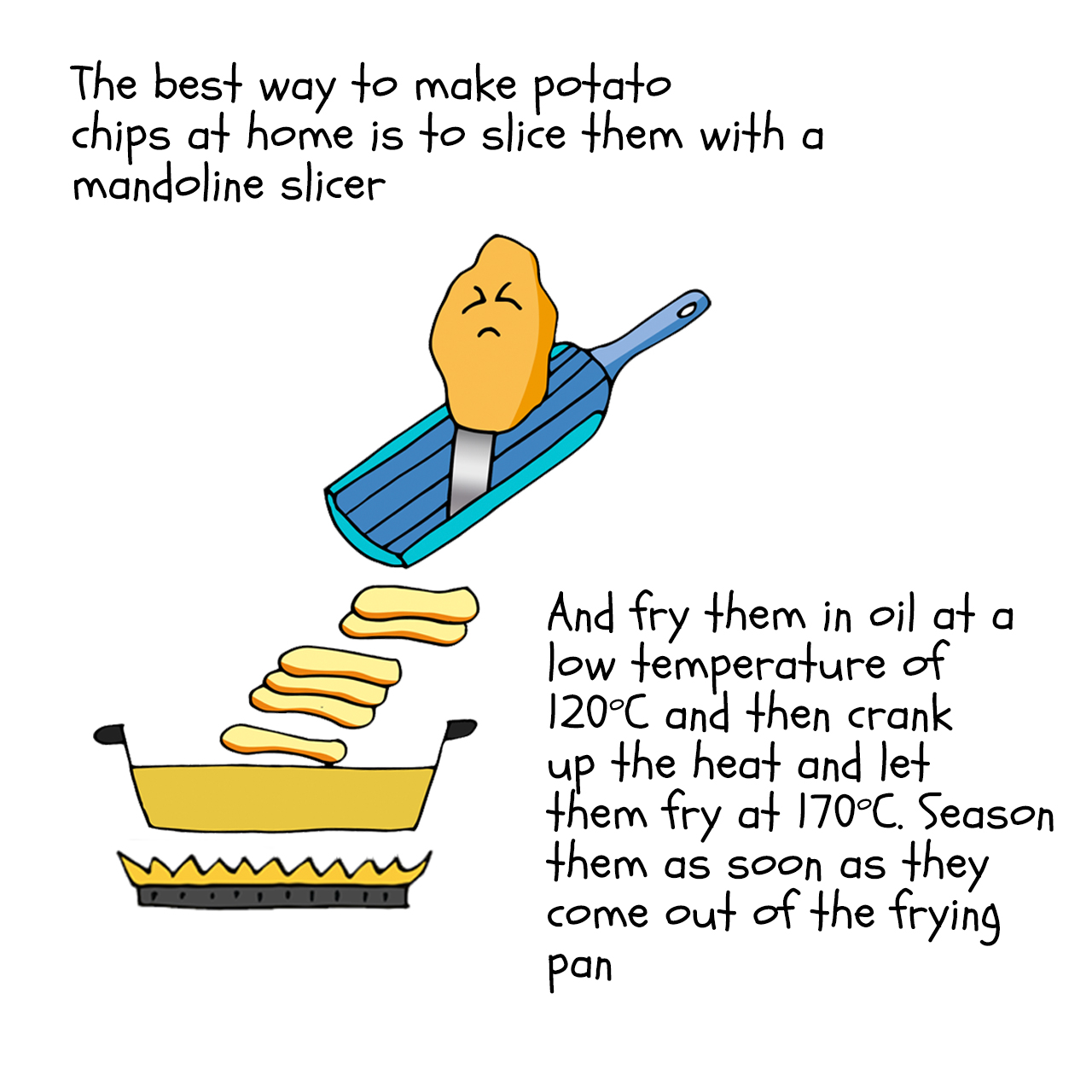 Krish Ashok is the author of Masala Lab: The Science Of Indian Cooking.