Types Of Liquor You Should Know About

Do you know about these liquors? You should be aware of the many kinds of liquor available whether you're extending the beverages at your home bar or trying distilled spirits for the first time. Learning about the various alcoholic beverages lays the groundwork for going on to cocktails and mixed drinks, and it enables you to determine the ideal manner to consume each spirit, whether on its own or in a beverage. But what precisely is alcohol?

Liquor is a fundamental component of many cocktails and is added to practically all mixed drinks. There are numerous varieties of liquor manufactured from a wide range of ingredients, giving them rich flavours and distinctive applications.

There are many flavours and varieties of liquor. In most cases, alcohol is created by distilling substances that have been fermented. Alcohol is produced by fermenting sugars into alcohol, which is then concentrated by distilling surplus water. The colour and flavour of liquor can change over time as it ages in wooden barrels, however not all spirits go through this process.

Whiskey is a complex category of alcoholic beverages that comprises several different spirits. Whiskey is a general term that includes scotch, bourbon, and whisky. Part of what defines the various names is the location of the spirit's creation. While bourbon is produced in America, scotch and whisky are native to Scotland. The naming process is also influenced by the ingredients and other restrictions.

Cognac is a similar liquor that belongs in the same category as whiskey and brandy. However, brandy is not created from grain like other hard liquors; rather, it is made from fermented fruit. The following fruits are frequently seen in brandy:

Vodka, unlike brandy, usually doesn't age, and the colour stays clear. Vodkas range in alcohol content from forty to fifty per cent. Vodka, one of the most often used varieties of hard liquor in today's market, maybe a crucial component in practically any beverage. Vodka has a neutral flavour, making it suitable for a variety of pairings, from simple to complicated, with a single component to several different liqueurs. While vodka is available in several flavours, the regular version is used in these mixed cocktails along with additional flavourings. 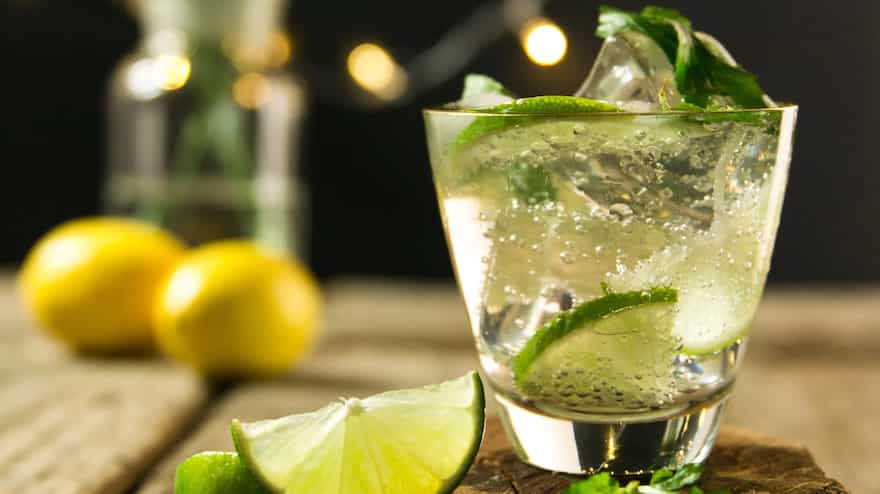 Rum production does not include the fermentation of grains, unlike brandy and other alcoholic beverages. Rum is made by fermenting sugarcane or molasses. There are numerous versions of the sweeter spirit, including:

Gin is made from neutral grains including rye, barley, wheat, and corn and is not aged, making it transparent like vodka. Gin is made with botanical components like juniper berries, which give it a herbal and pine-like aroma. Gin pairs well with non-sweet cocktails because of its dry, or non-sweet, flavour.

Tequila, another liquor produced from a substance other than grains, is prepared from the agave plant's heart after being baked and juiced by distilleries. Tequila has a wide range of flavours depending on how it is aged, just like other spirits.