Try These Cocktails That Are Named After Famous Destinations

Cocktails has seen many innovations over the years, but it was ice that added that extra magic to the glass, as imagine the best of cocktails in dull room temperature how would they taste? Who doesn’t fancy a well-done cocktail? Bu do you know what a cocktail exactly is? It’s a mixed drink that is typically made with a distilled liquor such as arrack, brandy, cachaça, gin, rum, tequila, vodka etc which makes for the base and then fixed with some juice, sweetened liqueurs or more and topped with some fancy garnish. From a traditional daiquiri to a LIIT to an old fashion to more cocktails have changed who one has always enjoyed their drink.

But do you know how cocktails even came into existence? Thought as an American innovation, cocktails actually have been partly inspired by British punches—big bowls of spirits mixed with fruit juice, spices, and other flavors, that were enjoyed in punch houses in the 18th century. In March of 1798 the term cocktail got printed for the first time. Even the use of ginger in cocktails too sees a long and varied history. This stimulating drink has seen many innovations over the years, but it was ice that added that extra magic to the glass as imagine the best of cocktails in dull room temperature how would they taste. Hence Ice gained importance, but sadly the little thing Prohibition era acted as a spoilt sport cocktail consumption.

With all fancy drills that cocktails sees, let’s see some of the cocktails that has been names after famous destinations. Named after Mosco, this cocktail was first introduced in Manhattan in 1941. It’s said that this drink was born as a result of a mistake as a the bartender had ordered too much ginger beer to get rid of the excess this cocktail was invented. This refreshing and easy-to-make cocktail Moscow Mule is always served in a copper glass.

•    Juice of half a lime, and lime wedge for garnish

•    Garnish with lime wedge and enjoy. 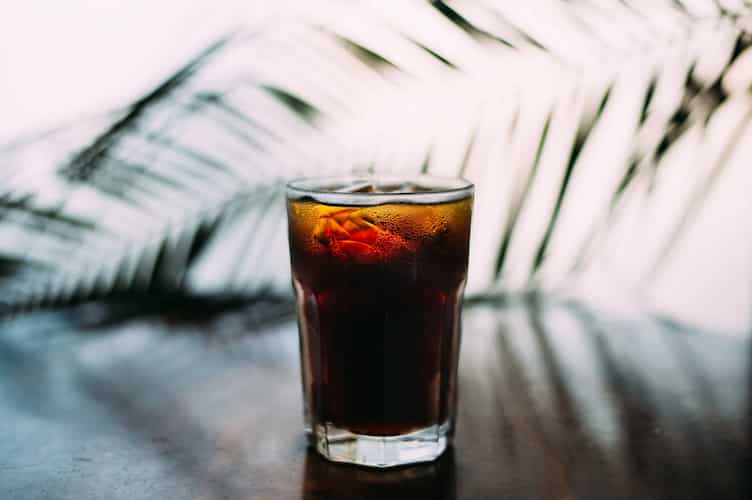 It’s said that way back in 1972 when Robert 'Rosebud' Butt worked at Oak Beach Inn on Long Island in New York had invented the Long Island Iced Tea as an entry in a cocktail creating. This cocktail that sees some really strong base  like rum, vodka, whiskey, gin, tequila is much boozy concoction. This classic cocktail sees five different kinds of liquors. The origin of this cocktail can be tracked back origins to 1900 to a U.S. Army captain who was stationed in Havana during the Spanish-American War. It’s said that he added Coca-Cola and a little lime juice to his rum and toasted his exclaiming, “Por Cuba Libre!” (“To a free Cuba!”) and hence the drink got it’s name.

•    Fill a highball glass with ice, then add rum and Coca-Cola.

•    Garnish with a lime wedge. Squeeze the lime into your drink, if desired.

First created in 1915 by Raffles bartender Ngiam Tong Boon, this gin-based cocktail, the Singapore Sling sees pineapple juice, lime juice, curaçao and Bénédictine. The cherry liqueur give this cocktail a nice pink hue. This was deliberately done by the bartender.

The Trend Of Bottled Crafted Cocktails

India-inspired cocktails are here to stay