Trending: Huma Qureshi To Play Tarla Dalal On Screen, All About The Celebrity Home Chef

Who Was Tarla Dalal? Why Is She So Significant To Indian Culinary World? Actress Huma Qureshi who was last seen in ‘Valimai’ has a string of interesting projects in pipeline. On Tuesday, she took to Instagram to announce her latest project, wherein the actress would be essaying the role of the legendary homechef Tarla Dalal. Called ‘Tarla’, the biopic would be directed by Piyush Gupta. “#Tarla ke tadke se aata hai mann mein ek hi sawaal .Kab milega mauka to experience unke swaad ka kamaal. Miliye Tarla Dalal se aur jaaniye unki masaledaar kahaani. Filming now!”, Huma wrote in her caption. For the uninitiated Tarla Dalal, was a noted cookbook author and television personality. She was the first Indian female homechef to have a cookery show of her own. This is the first time that there is a biopic on an Indian homechef. 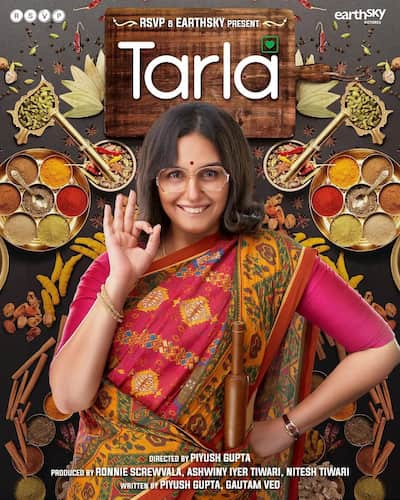 Who Was Tarla Dalal? Why Is She So Significant To Indian Culinary World?

Born in Pune, Tarla Dalal moved to Mumbai post her marriage. She started giving cooking lessons from her home in the year 1966, and in the year 1974, she published her first cookbook The Pleasures of Vegetarian Cooking. Tarla didn’t stop there, she went on to write over 100 books and sold more than 10 million copies. She also ran a successful food website that is still active, taraladalal.com, however, Tarla truly became a household name with her successful cooking shows such as The Tarla Dalal Show and Cook It Up With Tarla Dalal. Here easy, everyday recipes were also a regular feature in many leading magazine, tried in millions of Indian homes.

Tarla’s recipes struck a chord due to their simplicity, she made Indian cuisine fashionable, especially Gujarati cuisine that became a nationwide phenomenon due to her recipes. Her contribution to Indian culinary world has been so immense that she was also awarded the Padma Shri by Government of India in 2007. Padmashree is the fourth-highest civilian award of the Republic of India, and she was the only Indian from the field of cooking at the time to have been conferred the title. Chef Sanjeev Kapoor won it in 2017 and chef Imtiaz Qureshi won it in year 2018.

Tarla Dalal died on 6 November 2013 following a heart attack, however, she is survived by her daughter Renu Dalal, who like her mother is a renowned home chef herself. In our exclusive chat with her in the month of October she revealed some of the fondest memories she has of her mother.

“My mother’s culinary lessons were renowned, and the preparations for the classes were filled with excitement and eagerness. Some of my favourite memories were seeing mom prepare food, feeling her happiness and delight, and learning more about food from her. And the highlight of the day was getting to enjoy the delicious food she had made.”

Are you excited to watch Huma play the role of Tarla Dalal? She has indeed gotten the look right.

Have you ever tried any of Tarla Dalal’s recipe? Do let us know and do not forget to share.

Where To Find The Best Himachali Dham In Himachal Pradesh

Move Over Mozzarella And Feta, Try These Indian Variety of Cheese