Karan Johar’s birthday was as usual, a grand bash. The celebrations were extravagant. As Karan turned 50 this year, he left no stone unturned to make sure that he and his friends enjoy at a party that no one will forget for a long time. On the red carpet, walked all the B-town celebrities with their spouses and partners in glamorous attires. From Kareena Kapoor and Saif Ali Khan to Hrithik Roshan and Saba Azad, couples posed for the paparazzi, striking cute poses. However, what’s truly worth talking about at any party or celebration, is the food! At Karan’s party food was given to be a massive hit. Karan had hired renowned chefs to do the catering.

Whether it was the mid-night birthday party that Karan had with his close friends on Tuesday or the birthday party that Karan hosted yesterday, the cakes were nothing short of extravagant. On Tuesday, Karan was spotted cutting a beautifully decorated three tier vanilla cake, as his friends cheered him on. At the party that happened yesterday, Karan was seen cutting a five tier chocolate cake and eating it soon after. The cake was massive and looked absolutely delicious. The cake had a stand atop that said ‘Happy Birthday Karan.’ Karan was surrounded by his star friends like Rani Mukerji, Manish Malhotra, Parineeti Chopra and more as he cut the cake. 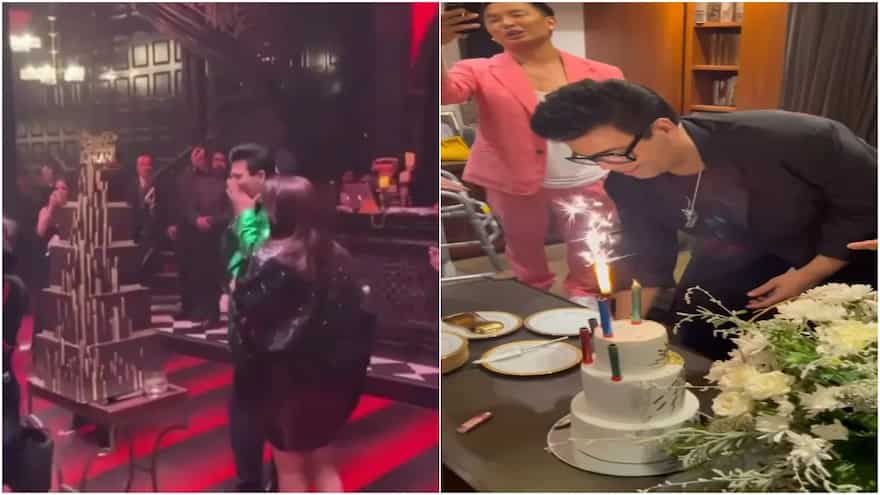 Karan’s friend Maheep Kapoor had shared photos to her Instagram story from Karan’s birthday celebrations that included an elegant table setting, a three tier birthday cake and a delectable menu. On the menu featured dishes such as spinach-tofu salad, roasted butternut squash salad, roast chicken, honey glazed ribs, lamb shank and more! Maheep had also shared a photo of a tempting cake full of cream and berries that the guests enjoyed at Karan’s bash. Ace designer Manish Malhotra had shared similar photos on his social media too. 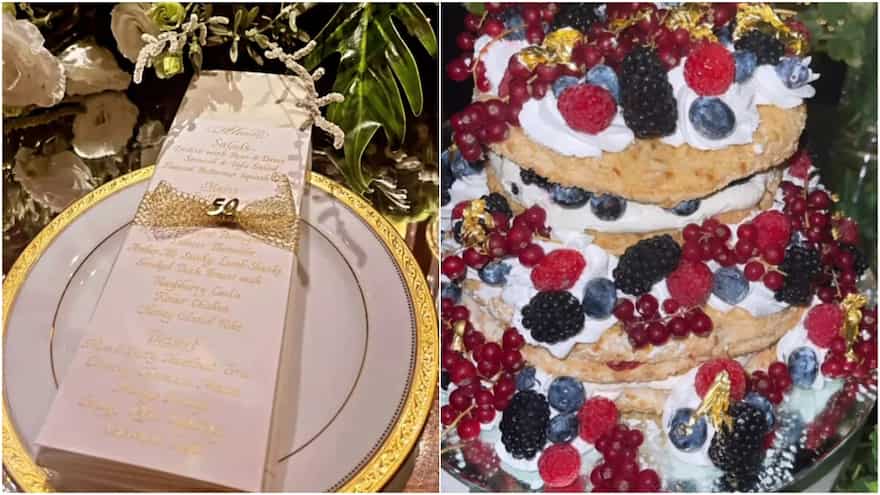 Karan’s bash was a huge success as celebrities kept posting photos of the evening. Many of them enjoyed various drinks and hit the dance floor. From Aparshakti Khurana to Badshah, everyone was seen having a good time and putting their party hats on. Karan’s 50th birthday was all about food, drinks and fun and the photos that are surfacing from the grand celebration that happened, are proof that the ingredients to a great party is cake, food and wine.

Do You Know Why Kunal Kapoor Is The Most Relatable Foodie On The Internet?