Tips On How To Prevent Yoghurt Curdling

As long as the curdled yoghurt does not smell unpleasant or have an obviously off texture, it is perfectly safe to consume. Yoghurt usually curdles while cooking, which is a typical complaint. It is still safe to eat, but it doesn't create a particularly attractive dish. When the protein strands tighten or coagulate in a hot environment, yoghurt curdles. Since there is less fat to prevent the protein strands from tightening up when in direct contact with the heat, non-fat or low-fat yoghurt will curdle considerably more easily when exposed to heat.

Using full-fat yoghurt in meals will not only stop it from curdling as much as non-fat yoghurt, but it will also give the sauce or meal a richer, thicker finish that will enhance the flavour much more. Both science and art go into cooking. It takes a combination of art and science to add curd or yoghurt to gravies and curries. Curd frequently curdles as soon as it is added to curry, ruining the meal. As long as the curdled yoghurt does not smell unpleasant or have an obviously off texture, it is perfectly safe to consume. Both prolonged storage in the refrigerator and excessive heat during cooking can cause the yoghurt to curdle. Even if it may not look as appetising as you had hoped, the yoghurt will still be good to consume after being added to a meal if it was okay before. 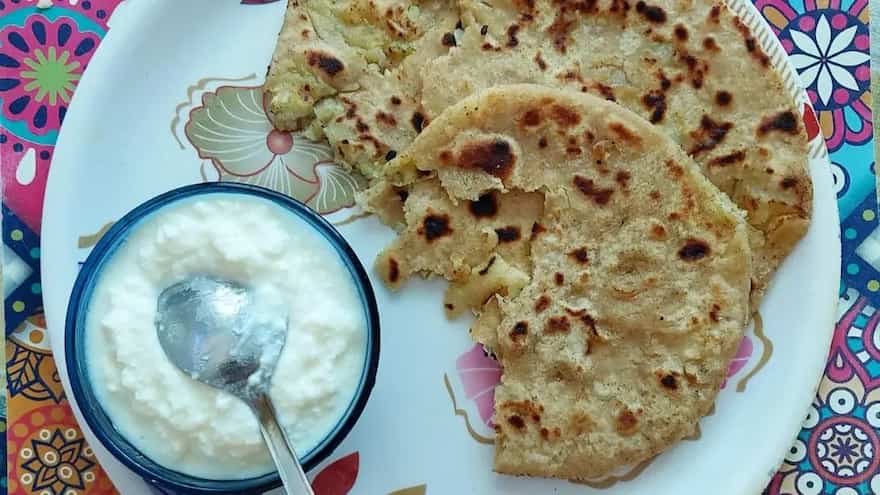 Here are some tips to prevent yoghurt curdling-

By adding a small amount of gravy and whisking it in, you can prevent the yoghurt from curdling. This process is known as "tempering." Additionally, you can mix the hot gravy or curry with the tempered curd. Curdling is avoided because it permits a gradual increase in temperature.

Chef Pankaj Bhadouria advised simmering the burner or turning it off before adding curd. There shouldn't be any boiling in the curry or gravy.

She also advises that you whisk the curd until it is well integrated into the gravy after you add it.

Yoghurt without fat has a higher protein-to-fat ratio, which makes it more likely to curdle. In the opinion of specialists, high-fat yoghurt made with buffalo milk preserves yoghurt by clinging to the proteins and avoiding denaturation by heat and salt. Try Greek yoghurt as well.

Before adding the yoghurt to the curry, it must first be stabilised by being mixed with flour or cornstarch. Yoghurt will be less likely to curdle as a result.

5 Ways To Use Curdled Milk For Breakfast Dishes