This woman's journey from Kerala, God's Own Country, to Vizag, the City of Destiny, is fascinating. Meet Mushthri Althaf, Proprietor, Mushu's Food Wagon, a home-based foodpreneur who arrived in Visakhapatnam 12 years back. To her dismay, though this city in Andhra Pradesh is part of Southern India, it didn't have many similarities in its culinary fare with her home town. Little did she know that she was destined to come here and create a niche for herself. And guess what, it was purely through her culinary prowess, which primarily revolved around Kerala food.

Her story is a perfect narrative of Naari Shakti of Indian women. The true definition of freedom is self-empowerment, and women like Mushthri Althaf are testament to it.

In an exclusive interview with Slurrp, Mushthri shared how concocting a taste for Kerala cuisine in the land of Telugu fares, means freedom to her.

1.How easy was the transition from Kerala to Andhra Pradesh for you?

I hail from Thrissur, and the culture of that state has become a part of my DNA. We shifted to Vizag in 2010 due to my husband's work. And within no time, I realized a major cultural shock had hit me. The food scene here is around hot, spicy, and oil-dominated dishes. In contrast, I was used to the subtle flavours of Kerala cuisine. 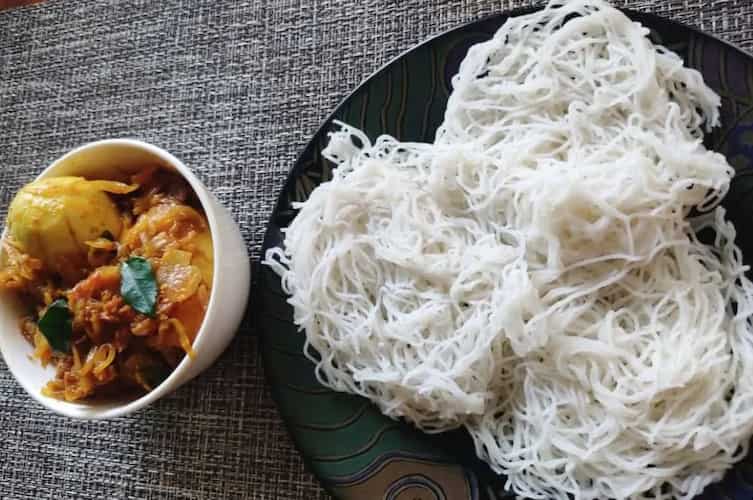 2. How did you manage your cravings for Kerala's native food?

After researching extensively, I was disappointed to discover there was no outlet serving this cuisine here. I decided to start a home-based food venture serving Kerala food. It was a humble beginning by preparing appam, idiyappam, puttu and chicken and vegetarian stew for friends. Slowly, I created a WhatsApp group called Mushu's Food Wagon, and the word spread among the Keralites dwelling in this city. Of course, there were gourmets from other communities as well. 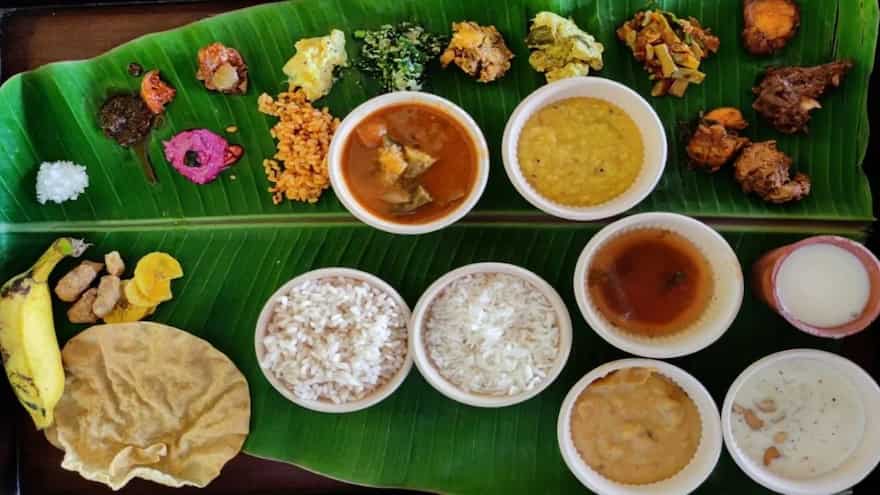 3. What was the response of Vizagites to Kerala Cuisine?

People often think Kerala cuisine has a dominant flavour of coconut, and it's not edible for many. But when I served the authentic dishes of that state, this misconception vanished in no time. One must know how to use the right amount of coconut oil, paste, milk and powder. The result is addictive. Today, I have repeat patrons of appams and chicken and vegetarian Kerala-style stew in Vizag.

4. How far have you succeeded in creating demand for those native recipes?

I don't have a yardstick to measure it, but the WhatsApp group has nearly 200 active members. Besides that, several star hotels in Vizag have been roping me in to host elaborate Kerala Food Festivals. 2022 is my fourth year to host a grand Sadya menu. It was during Vishu and Onam in city's star properties. For this soiree, I had prepared nearly 30 varieties of authentic dishes that make the emblematic Sadya platter. Also, on another occasion, I helmed a special Kerala counter at a breakfast food fair. 5. What is your signature style of cooking? I ensure the recipes retain their earthy flavours, giving pure home-cooked food taste. They are not loaded with oil or spices. For example, in commercial food outlets, a typical Kerala chicken stew is laden with cashew paste, packaged coconut milk, cream, and extra oil to make it palatable. This kills the original essence of the recipe. Whereas, I keep it as authentic as possible.

6. What is your take on the popularity of home-based food businesses and dining in a home-like setup?

There has been a significant shift among people towards home-cooked meals. For their three-course meals, many subscribe to 'Ghar Ka Khana' on monthly delivery plans. It has given multiple passionate homemakers a market to start a business of simple food. And the appetite for such food experiences is on the rise.

On a pilot project basis, I have started a concept: Be My Guest. In this arrangement, a group of diners (10-15 packs) need to inform me a couple of days in advance. I serve authentic Kerala cuisine as breakfast or lunch. People are loving such non-fancy and intimate dining, where they can bond over simple yet palatable food.

7. Have you tried reviving or popularising any signature dish or ingredient of Kerala?

Jackfruits are profusely used in Kerala. It is not just the ripe fruit; even the flour from the seeds and raw (dried) fruits are part of must-have ingredients in every household. I prepare several dishes with jackfruit powder. It's a superfood with an array of health benefits. People here are slowly adapting to it.

Another attempt which witnessed thumping was introducing Kumbliappam. It earned rave reviews. I want everyone to try it, so I am sharing the recipe. 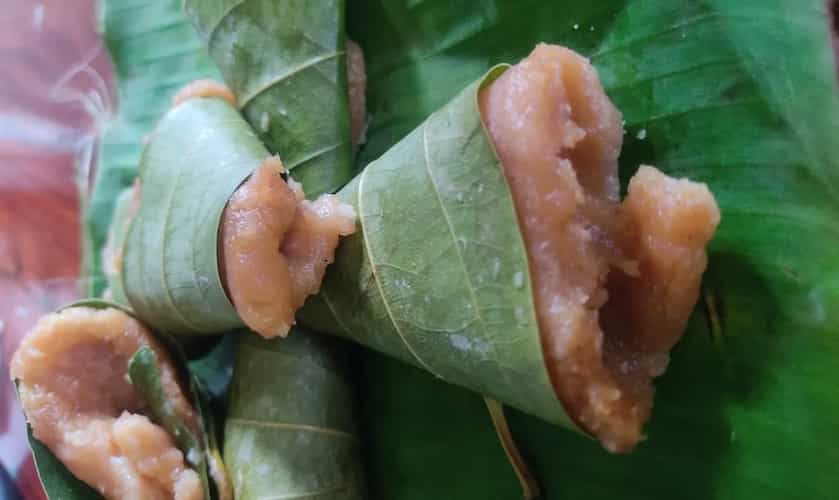 Kumbilappam, also called Chakka Kumbulappam, Vazhanayappam, Chakka Appam, or Theraliyappam, is an authentic snack in Kerala. To prepare this, the jackfruit bulbs are cooked with rice flour, grated coconut, and jaggery. Then, fresh, green Edanailla/Bay Leaves/Vazhanayilas are fashioned into cones and are used to wrap and steam this mixture (Kumbils). When combined with the jackfruit, these leaves' distinctive aroma undoubtedly awakens your sense of taste. 1. Pour three cups of water into a vessel and put it on the heat

4. Stir the mixture continuously, ensuring it's not getting stuck.

5. Be attentive that there are no lumps.

6. Keep the flame low to avoid burning the rice and jackfruit mix.

7. Cook for a few minutes until the rice powder leaves the raw flavour.

8. Remove the mixture from heat and let it cool down a bit.

9. While the mixture is warm, start kneading it to make a smooth dough.

12. Spread a small portion (medium ball size) of the rice mixture on the leaves.

13. Carefully fold each bay leaf into a cone.

14. Once you are done with all the cones, steam them in an idli steamer for 8-10 minutes.

Enjoy this unique sweetmeat from Kerala.

These Popular Lunch Recipes Are From Kerala To Try

Aval Vilayichathu: A Sweet And Healthy Snack From Kerala