Thinking Phulka And Chapati Are Same? No They Aren’t!

Sharing significant similarities, phulka and chapati might appear same, but they aren't Without mentioning its impressive assortment of bread, Indian food would be deficient. Phulkas and chapatis are two such bread varieties that have always made the relished food partners for our fries, sabzis, dals, and curries. These two Indian breads have a lot of similarities. For example, wheat flour is blended with water and softly kneaded to form a dough. We usually use both terms interchangeably. But do the two actually differ from one another? Are phulka and chapati the same thing? Find out now!

Research on these bread talks about a mention in the pages of history, particularly related to chapati. Famous food historian KT Acharya, in his book, 'A Historical Dictionary of Indian Food', mentions: "Chapati is a thin 20 cm circlet of wheat dough, rolled out after thorough kneading and resting, and then dry-roasted on a slightly concave iron griddle, the tava. It can then be puffed out by brief contact with live coals to yield a phulka. Both are major ways in which wheat is consumed in India. Cave paintings show dough balls being made, and in Harappan sites, flat metal and clay petals that could be tavas have been found in plenty, so the chapati could go back a long way."

Each phulka or chapati has between 70 and 100 calories, according to the National Institute of Nutrition (NIN). However, each has a distinct flair when it comes to the cooking process and methods of serving. Interesting, isn't it? Now let's find out how to differentiate the two. 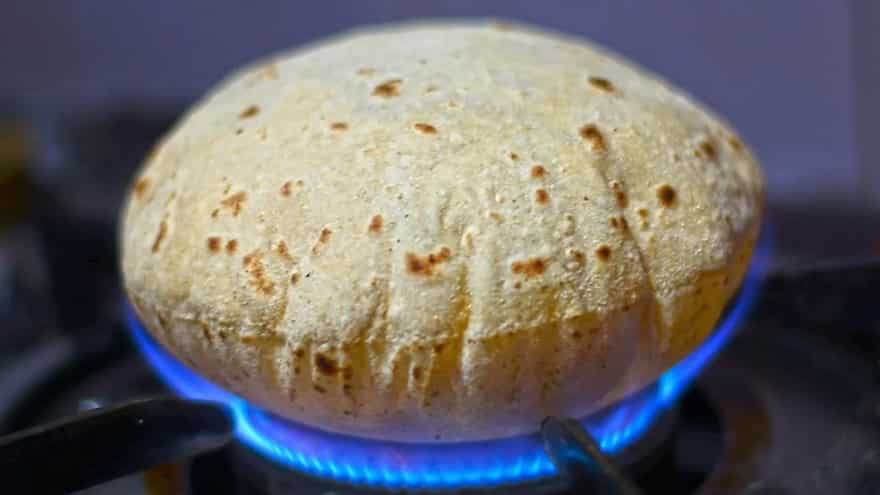 A tawa is primarily used to prepare chapattis. When one side of the roast has finished roasting, it is turned over, using a set of tongs, and the other side is placed on the pan to roast. On a tawa, a phulka is cooked, with the other side cooking directly on a flame. After that, when placed directly over hot flames, the bread puffs up to form a phulka. Due to the buildup of steam inside it, the phulka puffs up into a ball.

Usually, the rolling pin is used for both phulkas and chapatis. However, some prefer to pat the chapatti between their palms to smoothen it further. This aids in the equal distribution of dough throughout the chapatti. In fact, few people don't use the rolling pin at all for chapatis. Phulka is thin in thickness compared to its counterpart. 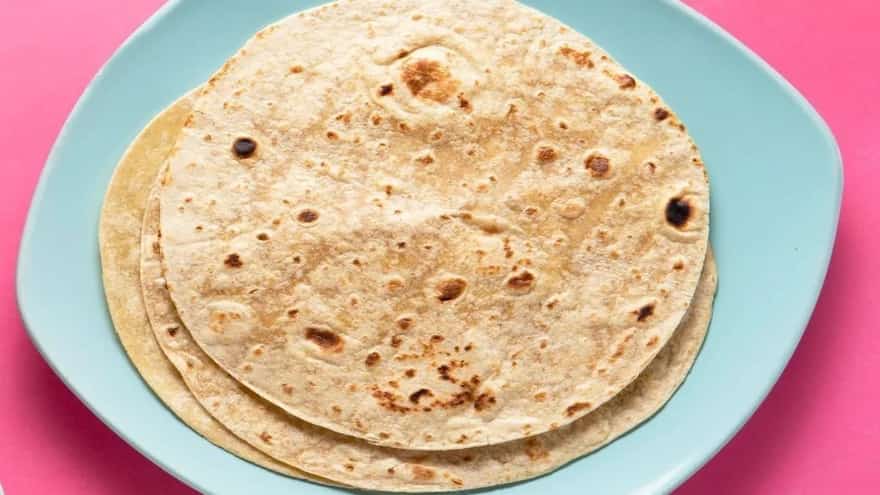 The size difference between the two can be easily determined. A chapati typically has a larger diameter and size than a phulka. The latter has a smaller, inflated form. Both are round in shape.

Both these Indian bread variants use whole wheat for the dough. But there is a slight difference followed in a few households. A few add a bit of oil to the wheat while kneading it for chapati. In some parts, a bit of oil is drizzled on the chapati while roasting on the tava. It isn't the case for phulka.

The process of serving Both must be served immediately. If not consumed right away, a phulka, in particular, can become flat and lose all of its puffiness. Chapattis are not affected because they are already flat. Typically, phulkas are served sookha or dry, without additional fat. Whereas while serving, chapatis are greased with ghee or butter.

Now you know the difference!

How To Make A Perfect Round Chapati?

Tracing The Journey Of Our Beloved Chapati

This Is Why You Should Eat Whole Wheat Chapatis Everyday