These Vegetarian Korean Dishes Are A Must Try

Many people believe that the variety of vegetarian dishes in Korea is restricted. On the other hand, many Korean culinary techniques can be modified to suit your vegetarian diet. Therefore, you should save this article because these recipes are very tasty. We are aware that it might be challenging to follow a vegetarian diet; occasionally, you may prefer to eat something delicious. You won't ever have to eat bland vegetables again after reading this post, so don't worry. Let's explore the world of vegetarian Korean dishes.

There's a great possibility that Kimchi will be mentioned as one of the most well-known foods in Korea whenever Korean cuisine is discussed. Since the Three Kingdoms period (57 BC–668 AD), when it was a side dish for both commoners and royalty, kimchi has been a part of Korean culture. While it's a popular misconception that kimchi is only fermented cabbage, Koreans view kimchi as a way to store veggies for later use. In addition to using cabbage, people also create kimchi with cucumber, green onion, or green onion. It's great if you have access to Napa cabbage for a real Korean Kimchi preparation because of its crunchy texture. The intense amount of Gochugaru (Korean pepper flakes) and salt used to promote fermentation gives Kimchi its characteristic red colour. 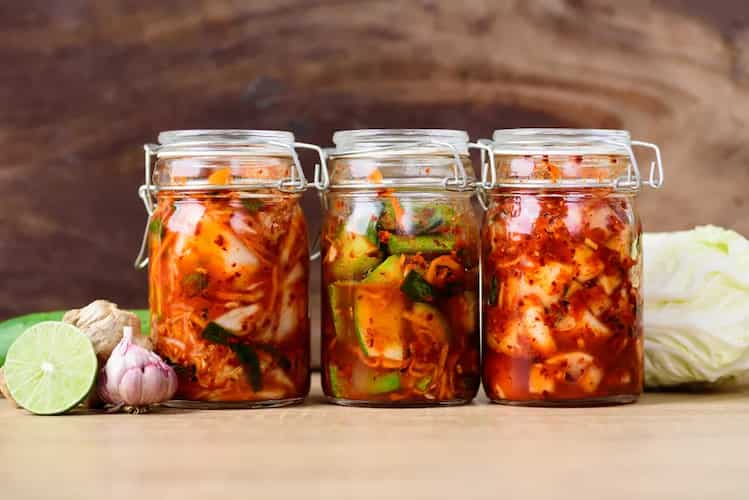 When Bibimbap first appeared in Korean cuisine is unknown. But practically all Koreans like a good bowl of Bibimbap. The name of the meal translates to "mixed rice" in terms of connotation. Locals traditionally make Bibimbap by mixing a variety of foods and toppings into a bowl of rice. Eggs, meats, and vegetables are frequently used as toppings for rice. Gochujang, a Korean chilli sauce, is used as a condiment to enhance other components. You must exclude the pork and eggs from bibimbap to make a nutritious vegan version. Instead, for a more varied texture, you can add a variety of vegetables including carrot, zucchini, and mushroom.

If a person is vegan, tofu is frequently used in place of meat in several Asian nations. Similar to how tofu is prepared in Korean cuisine, you may prepare mouthwatering Korean BBQ for your upcoming supper using this excellent method. Choose the extra firm variety for grilling because it has a more suitable texture. Gochujang (Korean chilli paste), tomato sauce, soy sauce, and sesame seeds must be mixed together to create a tasty marinating sauce for any finger-licking barbecue. Prior to deep-frying the tofu until it is crispy-skinned in hot oil, it is necessary to lightly dust it with cornstarch. The BBQ sauce must first be completely poured over the tofu before you can begin. The recipe is surprisingly simple, and the dish has flavorful BBQ and crispy tofu.

Potatoes are the major component of Gamja Jorim, a common side dish in Korean cooking. Korean cuisine meals that have been braised are referred to as jorim. This dish is ideal to make if you happen to have some extra potatoes around the house. You should utilise baby potatoes due to their small size because potatoes are typically kept whole. Baby potatoes' outer skins are also stickier and chewier than regular potatoes, adding to the dish's overall deliciousness. You can begin by lightly toasting the potato's outer peel with some sesame seeds and honey. Make a rice wine, brown sugar, and soy sauce-based braising mixture as well while you're at it. It's quite difficult to stop eating gamja jorim.

These pancakes are gorgeously golden brown in colour and have a crispy exterior. On the other hand, the inside of a Hotteok is a little chewy and frequently filled with cinnamon sugar. The sweetness of these pancakes gives Koreans an energy boost right away, which is why they love them. Oil, sugar, and yeast are included in the dough ingredients for Hotteok along with all-purpose flour. Before forming the dough into a disc, they would carefully knead it. After that, the pecan seed and sugar-cinnamon filling is added. k