A plate of hot steam rice is comfort for a Bengali but these versions are a real delight. A Bengali is always happy with their plate of hot steaming rice. Rice is consumed everyday as part if main meal, either par boiled, steamed or as pulao, or biriyani or as any other version. A plate of hot steam rice is comfort for a Bengali and with many indigenous varieties of rice that Bengal has to offer, there is no dearth of variety of ways to have rice.

Here are few ways how interestingly you can make a simple plate of rice exciting and delectable.

Biriyani is one such dish that has seen innumerable version in India, almost like one state has a version. But when we talk biriyani one type that’s difficult to ignore is the Kolkata Biriyani, whose specialty is that it has an aloo (potato) and an egg. This no spicy subtle biriyani is known to have been inspired or taken from Lucknow style biryani during Nawab of Awadh, Wajid Ali Shah. In this Nawabi biryani, the aloo does the magic. Cooked in dam-pukht style, the delightful aroma of kewda water adds to the scent of the dish. This rice dish from Bengal, that sees its origin in Anglo Indian kitchen, this dish is a medley if vegetables. This dish is made with a soft sticky kinda rice and sees some protein in the form of chicken and  greens. The dish’s name sees it’s first mention by English writer Augustus Prinsep in the mid-19th century. He referred to it as a slop of rice-soup with small pieces of meat in it. This one pot meal is surely a hearty plate of happiness. Topped with fresh grounded pepper adds that extra zing to the dish. For those who don’t know what we are talking about Muri Ghonto is the weaker cousin of Paela  This dish is made with Gonbindobhog rice and rohu/ katla fish head and is one amazing soulful melt-in-the-mouth dish. The dish gets it’s name from the word 'Muri' or 'Muro' which means head (don’t mix with the Bengali word muri which means puffed rice). This combination of Gonbindobhog rice cooked with fish head is known have come into existence during the old Silk Route. Earlier days when trade was via road or sea route, each port saw some of their delicacies that were left behind once the traders left the port.  Later the modern version saw the addition of garam masala and ghee. 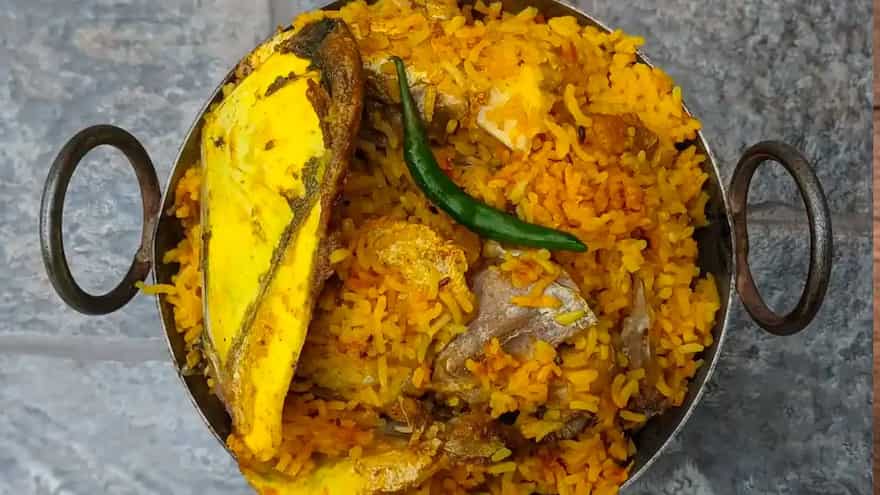 Made with Gobindobhog rice, this payesh is very instrumental is all ceremonies. This rice pudding makes its presence be is marriage, birthday, baby shower and so on. This traditional rice dish sees a very pleasant aroma. In winter nolen gur or new jaggery is added to this dish which makes it extra special. Cooked in low flame, boiling the milk till it come to a thick consistency, and garnished with dry fruits, payesh is an emotion. This Bengali Barfi Was Made In Honour Of Rabindranath Tagore

Try These Makha's To Add Flavour To Your Mundane Meal