The interesting origin of the Shawarma. Shawarma is like a little slice of heaven on Earth. Shawarma is similar to a gyro and taco, yet it is vastly different in many respects. Shawarma is thinly sliced meat cuts such as chicken, cattle, goat, lamb, and occasionally turkey packed into a big piece of steamed or heated flatbread or pita.

The pita is filled with hummus, tahini, pickles, vegetables, and french fries. Consider shawarma to be a taco or burrito from the Middle East. Shawarma is now a popular Middle Eastern street snack in other regions worldwide. But how did this delicious food come into existence?

Although the precise origins of the shawarma dish are unknown, a similar technique was initially used by the Ottoman Empire (modern-day Turkey) in the 18th century. Many other cultures adopted it with minor variations and new names — the Greek gyro and the German doner kebab are two examples of this global adaption.

When many Middle Eastern immigrants (especially Lebanese, Turkish, Iraqi, and Armenian communities) moved to these parts of the world at the turn of the century and presented their traditional foods, the shawarma dish was able to spread throughout the Mediterranean and Europe. As a result, the dish has been adapted to the tastes of each country it has visited and has spawned several deliciously similar recipes. As a result, the kebab industry in Europe nowadays is estimated to be valued at around 3.5 billion euros.

Most people will agree that the method the meat is roasted or cooked is crucial to the flavour of chicken shawarma. Much credit must go to the Ottoman Empire's cooks (1299 to 1923), who were among the first to recognise the benefits of roasting meat vertically.

They saw that horizontal roasting stripped the flesh of all of its delicious fat as it dropped directly into the fire — worse, it caused the flames to increase, burning the outside of the chicken as a result. Vertical chicken roasting ensures that the meat is entirely immersed in its fat. At the same time, it cooks, making it even softer, tender, and delectable, and the fire flames are kept under control, allowing the meat to cook slowly and to perfection. 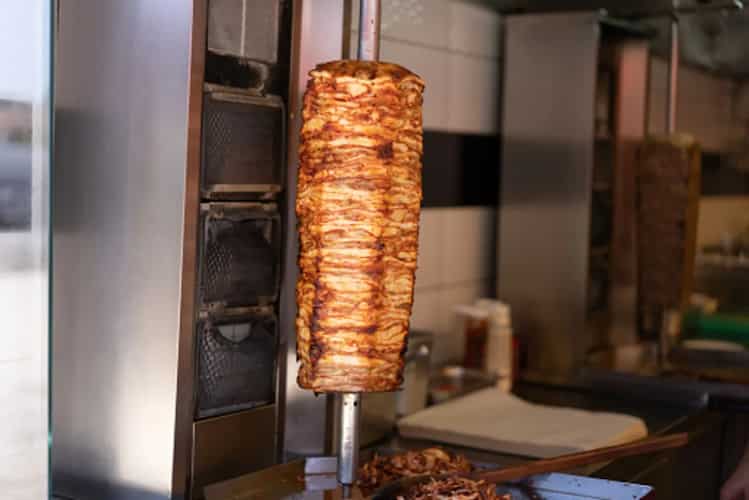 While the Ottomans may have started the trend with their vertical roasting technology, it is said that the chicken shawarma we know and love today was developed in the late 18th century by a guy named Iskender Efendi. Around 1870, Efendi is said to have created the first-ever chicken shawarma in Bursa.

Shawarma gained popularity in the United States later, in the 1970s, when it was extensively cooked as a street meal in New York City and Chicago. Since then, it has become a prized and necessary supper in many cities, which belief themselves to be cultural crossroads.

You might believe shawarma sounds eerily similar to its Greek counterpart, gyros. If you are, you are not mistaken. 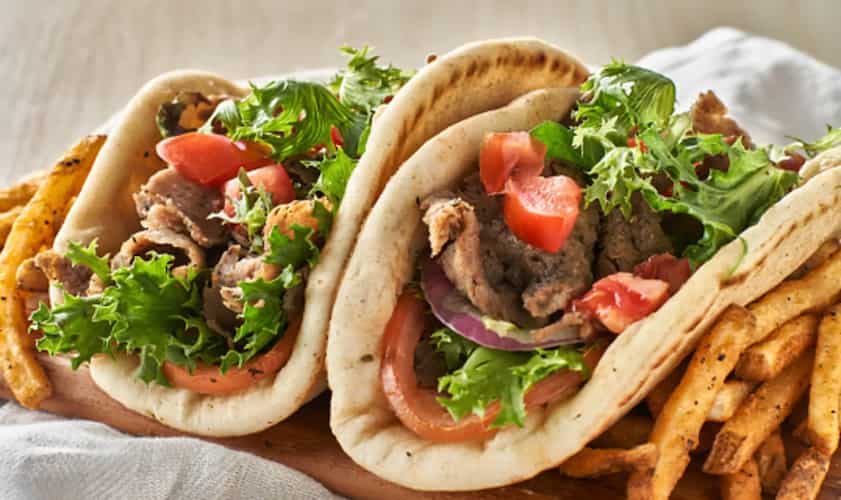 Both street snacks include meat wrapped in pita bread or flatbread and fresh veggies. The meat in these delicacies is cooked vertically - vertically – and they are both regarded as classic street snacks.

Their garnish holds the answer. The critical ingredient in shawarma is pickles. The sauces accompanying meat in shawarma are often garlic yoghurt, tahini, or excellent hummus.

Pickled vegetables elevate shawarma to new heights: cucumbers, turnips, and even carrots are among the most popular that make shawarma so unique.

5 Places For Shawarma In Delhi