The Journey Of Brownie: From ‘Dessert For Ladies’ To Comfort Food

The dessert now has a global fan-following, but did you know, its origin story is rather simple. Soft and moist or fudgy and crumbly, no matter how you like your brownies, one thing is for certain the sweet confection can evoke the biggest glutton in you.  For the uninitiated, brownie is a baked good that constitutes ingredients similar to that of a cake, but is quite different in terms of appearance. They are rectangular, thinner and typically have a glazed, crusty top. Brownies are baked in a rectangular sheet pan, where the brownie batter is poured and spread out. A sprinkling of chocolate chips or nuts follows and then the brownies are pushed inside the oven for baking. Brownies can be of many flavours, chocolate, vanilla, red velvet, you name it. The dessert now has a global fan-following, but did you know, its origin story is rather simple.

One of the famous legends associated with the creation of brownies takes us back to late seventeenth-century America. In the year 1893, Bertha Palmer, a noted Chicago socialite and wife of the owner of the famous Palmer Hotel, asked her pastry chef for a dessert that would be suitable for the ladies who were set to attend Chicago World’s Columbian Exposition. What she had specifically asked for was a cake-like confection, but smaller in size that could be packed in lunch boxes. The chef delivered and how, and gave the world the first batch of the Palmer House Brownie with walnuts and an apricot glaze. It is said that even today, Palmer House Hotel makes their brownies with the same recipe. The name ‘brownie’ came to be associated with the dessert later, and the recipe did not even feature in famous cookbooks and journals of the time. 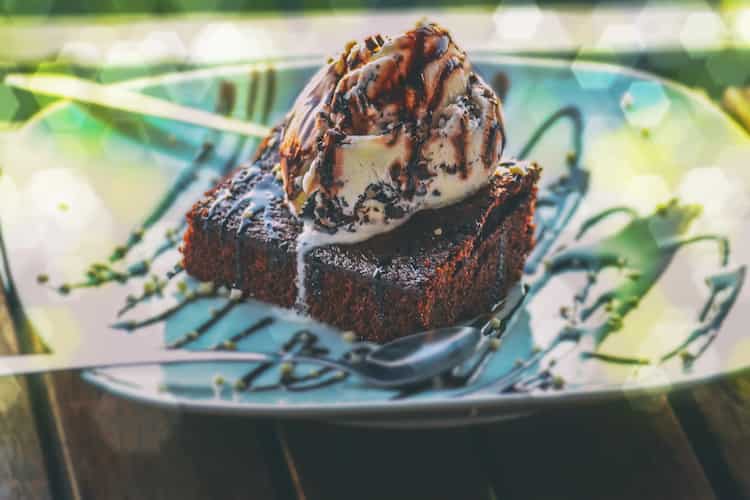 As a matter of fact, the first printed reference of brownie appeared in the 1896 version of the Boston Cooking-School Cook Book by Fannie Farmer, where she described the dessert as something like molasses cake that were baked individually in tin moulds. The farmer’s recipe also did not contain chocolate. In the year 1899, the first well-known recipe for brownie was published in Machias Cookbook, under the cake-section of the book. The recipe, called “Brownie’s food” became very popular. If you are wondering when did the modern-style chocolate brownie come about, then the earliest known published recipe of the same, or something similar was found in the Home Cookery (1904, Laconia, NH), The Boston Globe (April 2, 1905 p. 34) and the 1906 edition of Fannie Farmer's cookbook, this time the brownie had a delish addition of chocolate.

By 1907, Brownies had become a fashionable fixture in American households, prepared lavishly during holidays and special occasions. It was especially preferred in large gatherings, as it was considered much easier to handle and serve in comparison to cake. That required people to cut it in equal sizes and serve it. Brownies can be as difficult or easy as you want them to be. So, here’s one easy-peasy recipe we recommend you try soon. Serve with a scoop of vanilla ice cream for the best experience.

Cheesy Cream Brownie: This Dessert Is Something We've Been Waiting For