This small pop-up organised right at the start of the festival is filled with mirth and well, lots of meat. You don’t even need to be a Bengali to tell how important the festival of Durga Puja is for Bengalis. Indeed, it is a five-day long carnival with lavish pandals, cultural performances, and daylong addas. But there are so many interesting rituals in the festival that deserve their share of the limelight too.

Did you know, the Khichuri bhog of a big pandal serves 800-2,000 people every day? And that one the fifth or the sixth day of pujo, Bengalis also gather together for the ‘Anando Mela’. This term literally translates to a ‘happy fair’, and is all things you are expecting it to be. This small pop-up organised right at the start of the festival is filled with mirth and well, lots of meat. 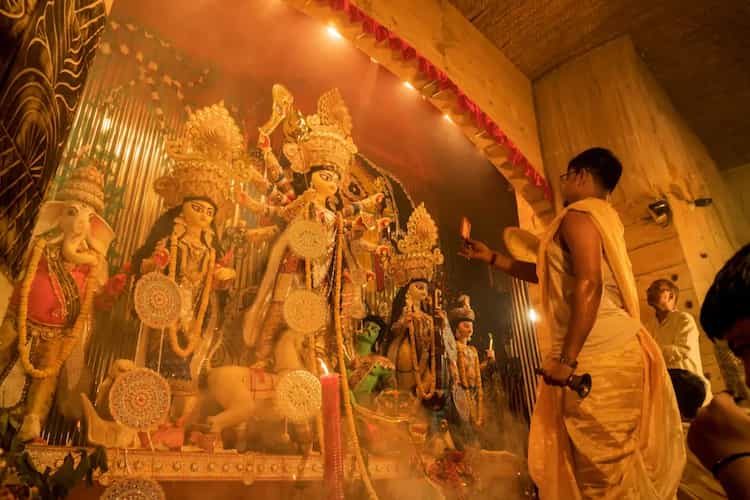 The culture of pop-ups and homechefs may be picking up now, but for years, Ananda Mela has been one of the most awaited events of the Durga Puja. Women of the neighbourhood would sign up for the mela, and start preparing the delicacies, think chops, biryani, pakoras, cutlets, kathi rolls, patishapta (a crepe-like sweet dish filled with desiccated coconut, topped with condensed milk), malpua, shondesh, roshogolla, and anything and everything else that could make you salivate despite the heated, crowded ‘pandal energy’. 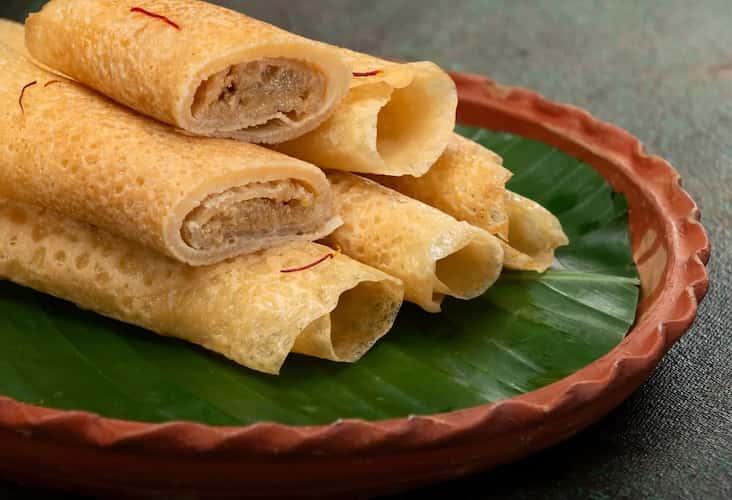 These dishes would then be placed on tables, in rather domestic hot cases, casseroles and aluminium vessels. No fuss, no frills, only the aroma and chitter-chatter draw a crowd towards freshly made kebabs, chops and cutlets. Make a payment, take a chit, stand in queue and then finally, enjoy some home-made delicacies right in the centre of the Pandal as the artisans and decorators give the finishing touches to the idols.

It must be understood that back in the day it was considered improper for women to engage in matters of commerce. The bhog preparation back in the day was also very sacred and carried out with a specific set of protocols. Only Brahmin men, called Thakurs, were designated to prepare the bhog. Over the years, the bhog changed shape and form, meat became less and less prevalent and khichdi took centrestage. Women entered kitchens for the mammoth task, and in the Ananda Mela, they took command as mini entrepreneurs even if it was for a day.

Durga Puja pandals are all about feasting and you wouldn’t find a dearth of interesting food stalls selling authentic fare, but if you do get a chance, do try to visit one of these Ananda Melas and give these homechefs a chance too. We bet you will love it.

Durga Puja 2022: What Makes Fish An Inseparable Part Of Bhog?

The Tale of Ash Gourd In Durga Puja