Pancakes are one of the most popular foods across many countries, but have you ever tried the classic American pancakes? We are all aware of American cuisine and its influence on our people; burgers, french fries, pizzas, and hotdogs are all foods that many of us consume on a regular basis. And I'm sure you've had pancakes before, but we're talking about "American Pancakes" here, which are becoming increasingly popular as a breakfast option.

Apart from using normal ingredients like flour, butter, and eggs, American pancakes also include baking powder in their batter, which makes them puffier than their flat counterparts. Buttermilk is commonly substituted for regular milk in American pancakes to thicken the batter and make the pancakes softer and fluffier. They are served with butter and maple syrup and a variety of toppings.

According to records, American pancakes, also known as "hotcakes" by Americans, first appeared in the 1870s and have since become the world's most popular breakfast option. It has also made a name for itself in the Indian market as many students these days are preferring pancakes for their breakfast. 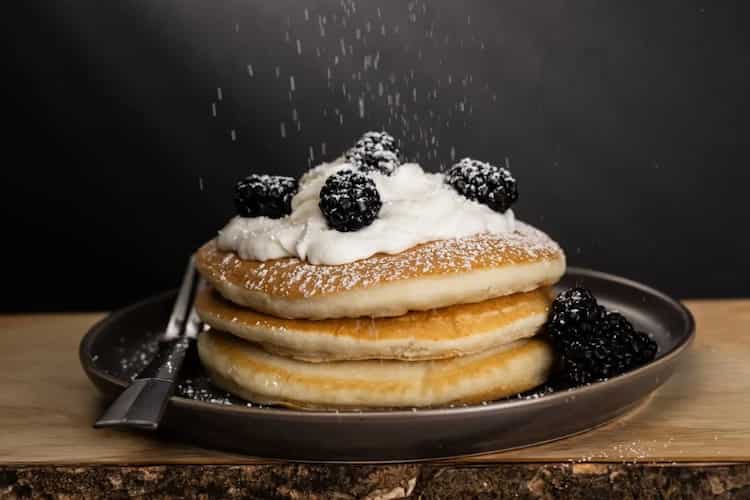 Here’s a quick recipe to make your own batch of fluffy American pancakes for your next breakfast:

In a mixing bowl, combine all dry ingredients and set aside.

In a separate bowl, combine all of the wet ingredients and set it aside.

Slowly pour your dry ingredients into the wet mixture, stirring constantly until a smooth batter forms.

Put some butter in a pan or griddle and heat it up. Pour 2-3 tablespoons of batter into each pancake and spread it out. Flip it back and forth until both sides are a light brown shade.

Serve with a dollop of butter and a drizzle of maple syrup.

These American pancakes are simple to make and can be enjoyed with a cup of coffee on a chilly morning to start your day off well. You may always add your favourite toppings, such as blueberries, strawberries, honey, jam, or peanut butter, to suit your taste. Extra toppings can transform a plain pancake into a filling, low-effort breakfast that also appeals to our eyes.

If you don't feel like making these pancakes yourself, you can always go to one of the many cafes and restaurants that serve them.

Some of the cafes serving best pancakes in town(Delhi-Ncr)

Why Pancake Day Is Celebrated

Start your day right with coffee pancakes and macarons. Recipes inside