According to the FDA's most recent rule/criteria, most 'packaged foods' will now have to comply with certain restrictions for the amount of added sugar, saturated fat, and sodium in them. Until now, there have been various packaged foods that claim to be healthy because they have the least amount of added sugar and fat. However, according to a recently proposed classification by the US Food and Drug Administration (FDA), most of these packaged foods may be unhealthy.

According to the FDA's most recent rule/criteria, most 'packaged foods' will now have to comply with certain restrictions for the amount of added sugar, saturated fat, and sodium in them. The limit threshold is based on a percentage of the nutrient's Daily Value (DV) and varies depending on the meal and food group. The salt limit per serving is 10% of the DV (230 milligrams per serving). To clarify this percentage, the FDA used cereal, which is a staple food around the world and is commonly consumed for breakfast. As a result, a cereal should have 3/4 ounces of whole grains and no more than 1 gram of saturated fat, 230 milligrams of sodium, and 2.5 grams of added sugars.

The Need For This Initiative

The proposed regulation is part of the FDA's continued commitment to assisting consumers in improving their nutrition and dietary patterns in order to lower the burden of chronic disease and advance health equity. HHS Secretary Xavier Becerra explained the move, saying, "Healthy food can lessen our risk of chronic disease." However, too many people may be unaware of what makes nutritious cuisine. The FDA's action will assist in educating more Americans in order to improve health outcomes, address health inequities, and save lives." 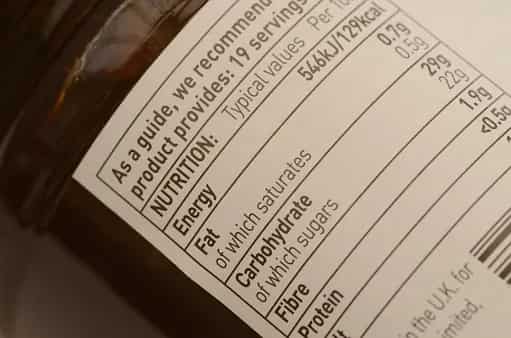 This recent change has left folks perplexed as to which foods are healthy and which are not. The new FDA guidelines would allow goods such as nuts, seeds, certain oils, higher-fat fish such as salmon, and water to bear the 'healthy' label. The FDA aimed for these new guidelines to assist consumers in making better informed and healthier choices.

Benefits Of Opting For A Sugar-Free Diet

Health Tips: What Is Trans Fat And Why Is It So Dangerous