The Amazing History Of Cup Noodles And Its Rise To Popularity

Check out the origin of the cup noodles. Cup Noodles are a type of instant ramen that is eaten with a fork directly from their white, red, or gold cups. They were first released in Japan 50 years ago, on September 18, 1971, with an English name “Noodle Cup” that omitted the "s" due to a translation error when it should have been “Noodles Cup.”

How It All Started?

Cup Noodles were produced by the same person who invented instant ramen, Ando Momofuku, who founded Nissin Foods in 1948, according to popular belief in Japan. In 1933, Ando was born in Japan-controlled Taiwan and moved to Osaka the following year. In war-torn Japan, Ando witnessed people lined up to buy cheap bowls of noodles from black market vendors. The noodles were made with wheat flour donated by the US for use in creating bread, a more substantial but less common meal in Japanese cuisine.

In his garden, Ando built a laboratory shack to make noodles that people could eat at home. After a series of failed attempts, inspiration came in 1958. He realised that oil removed the moisture while watching his wife, Masako, fry tempura. He later discovered that he could rehydrate fried and dried noodles by boiling them. To make a variety of flavour combinations, utilise seasoning powder and dehydrated garnishes. Ando chose chicken soup as the first flavour because it seemed rich, healthy, and American to him.

Because his "Chikin Ramen" was six times the price of a bowl of fresh noodles, Ando had trouble getting investors. He devised a plan to introduce his goods to the general public through food tasting events. Chikin Ramen became widespread after WWII and is now considered one of Japan's most popular meals. In the mid-1960s, Japanese sales of his Chikin Ramen – and spinoffs like "Spagheny," an instant spaghetti that debuted in 1964 – began to decline due to market saturation. Ando then went on the hunt for a new quick ramen market, which he discovered in the United States.

Sukiyaki, which consists of beef and vegetables cooked in a hotpot, was popular in the United States at the time because it appeared exotic while still being familiar to Americans. Ando believed that fast ramen could produce similar outcomes. To promote Cup Noodle and teach people how to consume it, Nissin conducted tasting sessions in Japan. The most successful was conducted on November 21, 1971, in Tokyo's Ginza shopping district. It was aimed at young adults walking through Japan's most fashionable street, "Pedestrian Paradise." In just four hours, over 20,000 Cup Noodle units were sold.

Nissin also targeted on-the-go troops, such as the Japan Self-Defense Forces, with the product. When footage of police officers eating Cup Noodle to remain warm during the Asama-Sans Incident was broadcast, it gave Cup Noodle an accidental PR boost.

Cup Noodle symbolised the widespread belief in postwar Japan that reliance on convenience and comfort, whether in the form of refrigerators, televisions, or takeout meals, might lead to a better life. The first convenience stores opened in Japan in 1969, and they quickly became the primary distributors of Cup Noodle. Nissin's Ginza Cup Noodle event took place in front of Japan's first McDonald's, which debuted on the Pedestrian Paradise four months previously on July 20, 1971. The first Cup Noodle vending machine opened near the Nihon Keizai financial newspaper's Tokyo offices in November 1971, and it was one of the first dishes to be sold in vending machines in Japan. 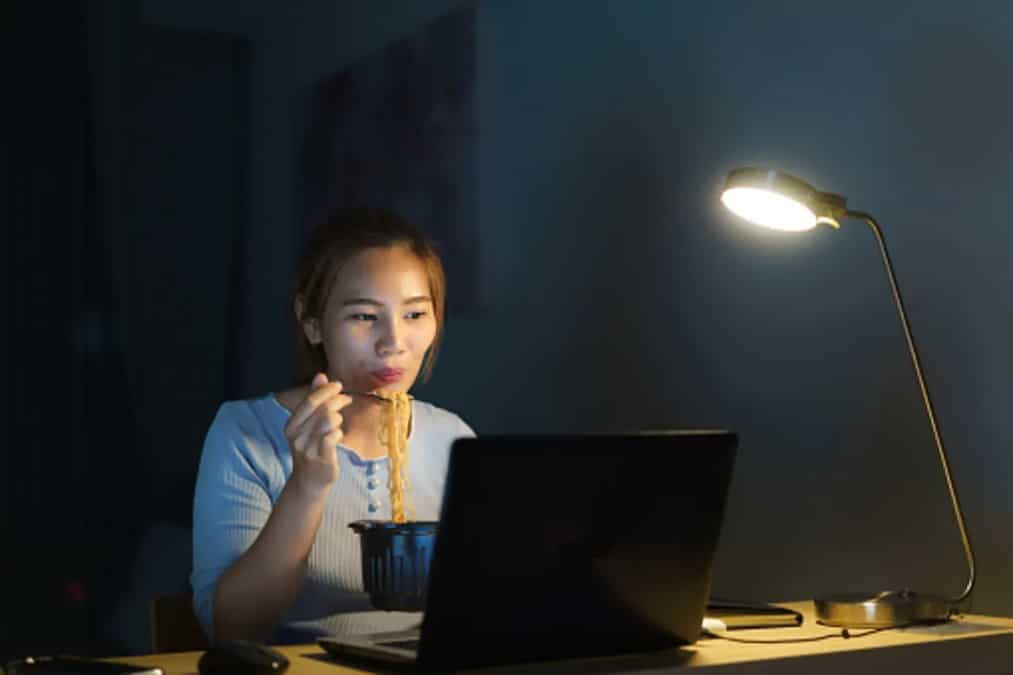 In Japan, a Cup Noodles ice cream is not weird at all

How To Make Factory-Style Noodles At Home