Table Salt Or Sea Salt? Which One To Prefer Salt should be a straightforward and uncomplicated component because it is the most fundamental spice used in all foods. However, it might frequently feel the contrary due to the abundance of options (various sizes, colours, and names). Table salt and sea salt, two of the most widely used salt variations, will be discussed along with how they are produced and how to use them. Additionally, we'll discuss their nutritional profiles and explain which is healthier by comparing them.

Also read: Too Much Salt Can Be Harmful, Replace Salt With These

What Is Table Salt

Salt reserves underground are mined to produce table salt. To get rid of minerals and contaminants, it is then treated. Following that, chemicals to stop clumping are added to the majority of table salts, along with iodine. A healthy thyroid requires the mineral iodine, which is necessary. It cannot, however, be created by your body on its own. In the 1920s, when iodine deficiency and conditions like goitres (irregular thyroid growths) were widespread in the United States, salt was fortified with iodine. Iodized table salt is no longer necessary because the majority of people can acquire their recommended daily intake of iodine from their diets alone. Greek yoghurt, milk, eggs, seaweed, and fish like cod are all high in iodine. Table salt has a very thin texture and disintegrates quickly. Since it has been cleaned and stripped of any trace minerals, it has a harsh flavour. Table salt is best used in recipes that only call for a little amount of salt, such as doughs or cakes, because anti-caking ingredients may impart a metallic flavour when used in excessive quantities. 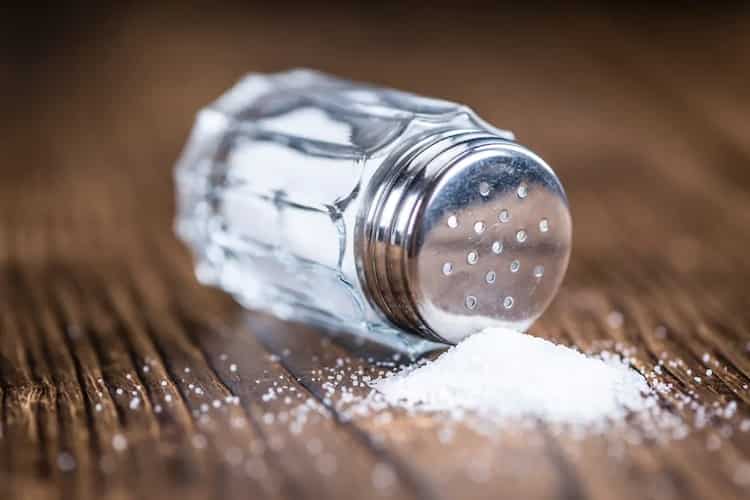 What Is Sea Salt

By drying out saltwater, sea salt is produced. Small levels of minerals like calcium, magnesium, iron, and potassium are present because it has undergone minimal processing. Depending on where and how the sea salt was obtained, the exact taste, texture, and colour will vary. Popular sea salt variants include fleur de sel, a moist and delicate variety from France, Maldon salt, a flaky and soft variety from the United Kingdom, and Celtic salt, also from France and known as sel gris, a coarse and grey variety.

Due to the presence of trace minerals, sea salt crystals are larger and have a more complex flavour. They make wonderful additions to all kinds of recipes, although depending on the kind, some work better when used in the middle of cooking or baking while others work best when used as a finishing salt. Use flaky, soft, and delicate sea salts as a finishing salt and more finely ground sea salts in recipes as a general guideline. The latter will additionally add a new layer of texture to your dish. 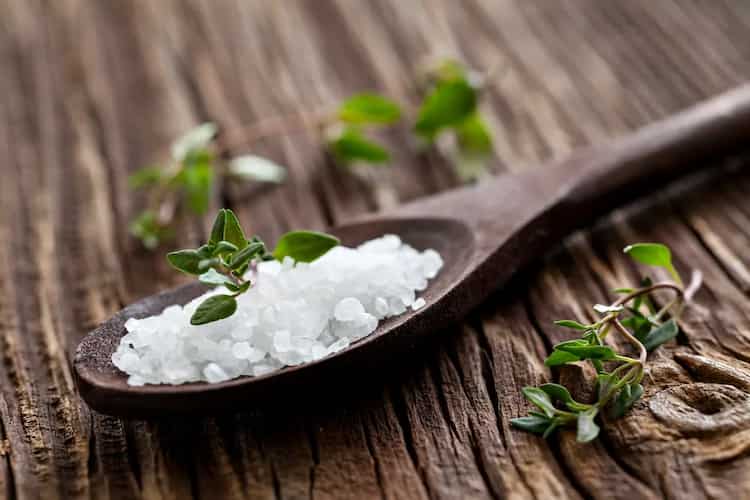 How They Are Similar Yet Different

Texture: Table salt dissolves rapidly because it is fine, whereas sea salt is rougher and adds some crunch to dishes when used as a finishing salt.

Shelf Life: Sea salt has an incredibly long shelf life. Table salt, on the other hand, typically contains anti-caking chemicals and is fortified with iodine, giving it a shelf life of roughly five years.

Price: Compared to table salt, sea salt is more expensive. This is due to the fact that sea salt production requires more effort because it is done in smaller amounts and frequently by hand. While sea salts start at more than double that amount, iodized table salt can be bought for as little as 25 Indian Rupee.

Although sea salt has been promoted as being healthier than table salt, it really has comparable nutritional content. The sodium content of both salts is roughly 40%. However, sea salt may have less sodium by volume than table salt since the majority of its crystals are larger. Less sea salt crystals may fit in a given volume measurement, which is why this occurs. In comparison to 2,360 milligrams in 1 teaspoon of table salt, 1 teaspoon of sea salt, for instance, comprises roughly 2,000 milligrams

There is no difference in health benefits between table salt and sea salt when it comes to making this decision. Although the two are slightly different in composition, they both contain the same amount of sodium in terms of weight. So pick the salt that suits your palate and your budget the best.

Too Much Salt Can Be Harmful, Replace Salt With These

Green Salt: This New Plant-Based Salt Is All The Rage