Despite the numerous benefits, nettles are still underutilized in the food industry because of seasonality and believed to be famine or poor man's food

Many people connect this plant with punishment. As implied by its name, the stinging nettle hurts more painfully than a bee. Its stems and leaves are coated with brittle hairs with chemically-laced points that penetrate the skin and irritate it. The leaves hurt as well as puncture the flesh. Itchy skin after unintentionally stepping on it can last for days. This plant is sometimes used by teachers to discipline disobedient children.

The stinging nettle, also known as urtica dioica, is a common plant that grows in waste areas, gardens, hedges, marshes, and fields and is occasionally referred to as a weed. It originated in South America and can now be found in North America, Europe, Asia, and northern Africa. Although it is poisonous to the touch, it is a commonly utilised multipurpose plant for food, fibre, medicine, cosmetics, and is also good for the soil. Stinging nettle, also known as bicchu buti, bicchu ghas, kandali, or sisnu, is a plant that grows in India's Himalayan region as well as in the hilly regions of Uttarakhand, Himachal Pradesh, and Jammu and Kashmir. It blooms between August and September and is accessible all year round. Despite the numerous benefits, nettles are still underutilized in the food industry because of seasonality and other factors including market stigma, or consumer reluctance because they believe nettles to be the famine or poor man's food. It is consumed across the Himalayan region. 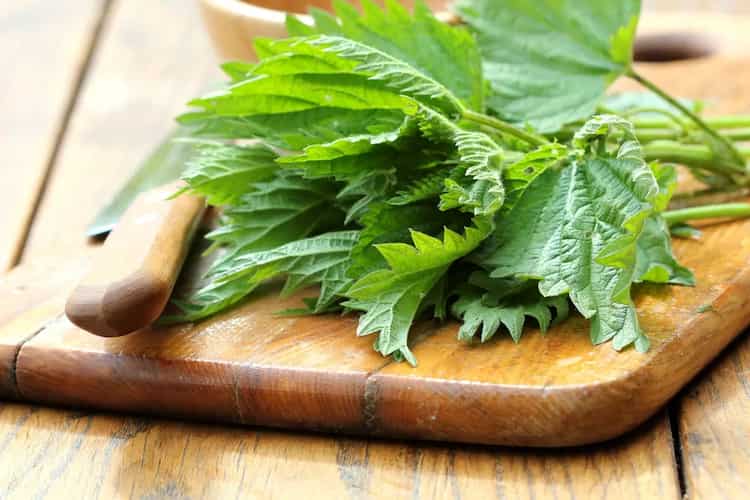 Although nettle is widely regarded as a poor man's food in the Himalayan region despite having excellent nutritional and therapeutic benefits. In traditional medicine, the entire plant—from the roots to the stem—is used, either as dried leaf powder or leaf juice. Because it contains a lot of iron, stinging nettle has historically been used to cure anaemia. It has diuretic properties, is used to cure rheumatism, and the roots are powdered and used to mend broken bones. It is a nutritious addition to any meal and has a high protein and nutritional content for a plant.

As a culinary ingredient or herbal remedy, stinging nettle is a useful addition to any cuisine. Its poisons are reduced by cooking or drying it. The stinging agents can be eliminated by soaking the nettles in water or adding them to boiling water. The more sensitive, immature leaves have a greater flavour and are preferred over the more matured ones. They resemble other leafy greens like spinach. Milk can be curdled by adding plant juice or heating the herb in a salty solution. The leaves have a papery feel and can be eaten raw, but they must first be dried. Stinging nettles have been used as a vegetable since the first century AD. After blanching, the young leaves and tender shoots are prepared as a green leafy vegetable; it is also listed as being eaten raw or used in omelettes, soup, and other meals. Stinging nettles are typically prepared as a soup, chutney, pulpy sabzi (bicchu buti ka saag), tisane, or tea. The seeds are sometimes roasted and made into a pickle or crushed and used to make chutney. This plant and jakhiya are used in Pahari cuisine to prepare gravy dishes (wild mustard). In Uttarakhand, stinging nettle fritters are made.

Stinging nettle is commonly consumed in soup and is known in Sikkim by the names sorongbi, soocha, or sishnu. In Keralite kitchens, stinging nettle, also known as choriyanam, is a staple throughout the Malayalam month of Karkidakam. Choriyanam is one of the ten different medicinal plants usually found in people's backyards that are used to prepare the special cuisine known as Pathila thoran. Stinging nettle has gained popularity as a miracle food ingredient in recent years. It's unquestionably a powerful plant.

7 Wild Indian Berries You Must Know

4 Edible Wild Plants We Bet You Didn’t Know About