South Indian Evening Snacks To Relish With A Cup Of Tea

Try these South Indian snacks that will go well with your evening tea. If you're looking for new ways to spice up your snack dishes, look no further. Snack time, on the other hand, is something we all look forward to. There's nothing quite like the pleasure of nibbling on crispy, spicy, cheesy, and flavorful goodies, and it's even better if they're homemade. There are several regional recipes that may bowl you over and make snack time your favourite part of the day, and we're not just talking about dosas, idlis, and vadas, as those who love South Indian food would know. South Indian foods include dishes from Tamil Nadu, Andhra Pradesh, Kerala, Telangana, and Karnataka, among others. You can try popular south Indian foods such as fried banana chips, murukku, and many idlis, vada, and dosa varieties. South Indians experiment with various spices and batters to make whatever snacks they choose. Tea time is the time when you are slightly hungry and crave something that complements your hot cup of tea along with satiating your hunger. What's better than having South Indian tea-time snacks that hit the right spots on your taste buds?

Banana chips, also known as Upperi, are a famous South Indian snack prepared by deep-frying unripe banana slices in coconut oil. While cooking in the oil, the chips gain their flavour from the salted water. It is a Kerala speciality dish that is readily available during the Onam holiday. Upperi takes centre stage in the festival's sadya, which is usually a vegetarian buffet. They're usually made with firmer, starchier banana species like Saba and Nendran. They can be sweet or savoury and a variety of flavours can be used to coat them like sugar, honey or salt. Aloo Bonda is a popular tea time snack. Aloo Bonda is a delectable gram flour fritter packed with spicy aloo masala that will pique your interest. It is famous throughout India, although it is also known as Batata Vada in Maharashtra. The tastes of Aloo Bonda, also known as Potato Vada, come from the Indian spices used to flavour the Aloo Masala. You will fall in love with these hot and crispy Aloo Bondas with just one bite. Deep-fried potatoes with salt, chillies, coriander leaves, and lemon juice. Serve with a zesty green chutney on the side. 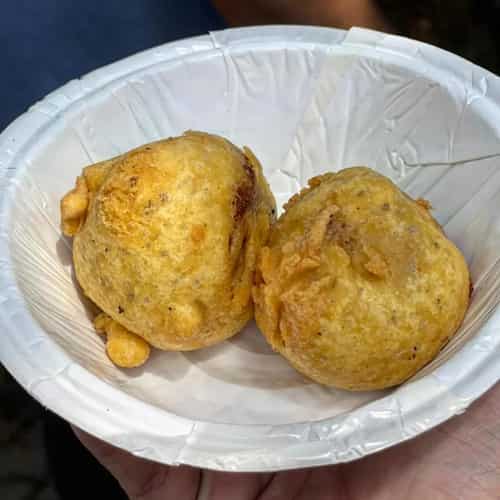 Fried idli, also known as Masala Idli Fry, is a lightly spiced sautéed idli dish. The idlis are cooked till crispy, then mixed with curry leaves and other South Indian spices. Fresh idlis or leftover idlis can be used to make this dish. Idlis that have been refrigerated for a day are usually better since they are less likely to break while fried and absorb less oil. Coconut chutney, tomato ketchup, or even Sambar can be served with fried idlis. This dish is perfect to be eaten as a tea time snack. 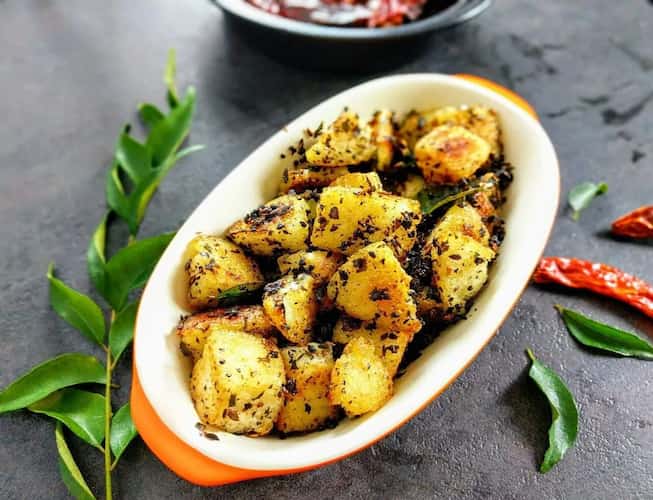 Murukku is a popular south Indian snack that can be found in nearly every south Indian household. It tastes spicy and crispy, making it an ideal snack for when hunger strikes. This snack gets its name from a Tamilian term that means "twisted spiral." Rice flour and urad dal can be used to prepare them. Combine the flour, chilli powder, sesame seeds, asafetida, and salt in a mixing bowl. Make a stiff dough with the help of water. The spiral is then formed by hand or with a murukku mould. Finally, in the hot oil, deep fry the murukkus. 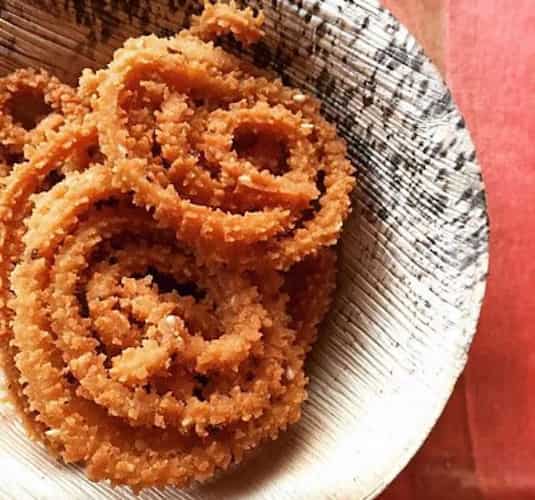 Dal Vada, also known as Parippu Vada or Masala Vada, are spicy, crunchy fritters popular in South India. Aside from chana dal, another key ingredient in masala vada is onion, which contributes significantly to the dish's flavour. Add fennel seeds for taste if you don't want to use onions. It is a perfect Indian tea time snack that is usually served with chutney. You can add different spices and herbs to the recipe to amp up the flavours. Tea Time Snacks: Can Cookies Be Synonymous To Biscuits?

Veg Recipes: 3 Delicious Tea Time Snacks For You To Try