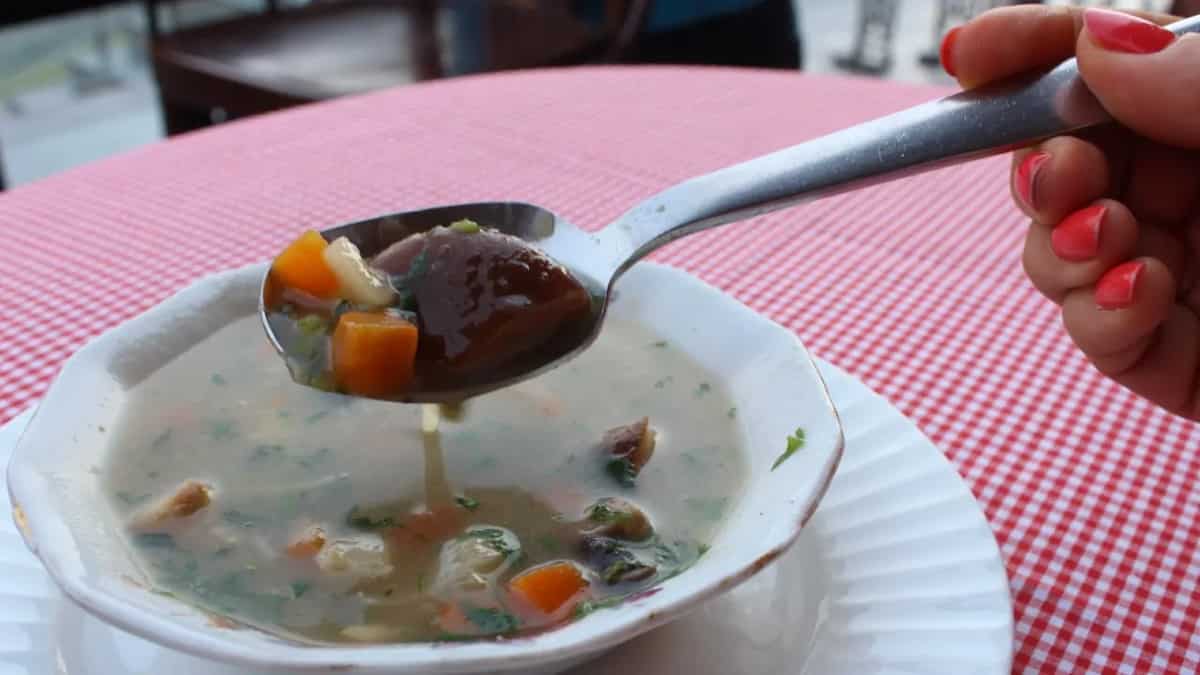 From a singer who took the Indian pop music industry by storm in the 90s until 2008, Anaida Parvaneh has gone on to become a chef, yoga instructor and healer.

“My mum was a powerful naturopath and natural healer,” says Anaida. “She was very at peace with it. I’ve always been around the subject and have been exposed to it. I was a ‘doubting thomas’ and studied everything just to argue it. But science has now caught up with spirituality. Sometimes, when everything else fails, the only thing you can think of falling back on is a more holistic approach. As I started taking it more seriously and trusting myself more, and once I got a hang of the Law of Attraction, I did not want to try anything else. I did a lot of courses—I did reiki, pranic healing, crystal healing, and I learnt them only so I have more ways of communicating,” she says with regards to becoming a healer. Anaida created her magic soup because when she first came to India from Iran, there were not many options for her except for “Indian and Chindian” food. “My choice was very limited. I was travelling all the time, and kept catching a cold. So I studied and put ingredients that complement each other together. I thought of how I want it to be tasty, and also wanted to put something together that is nutritious and boosts immunity. I created it for myself originally and when friends started asking for it when they were ill,” she says. As the soup worked to cure her friends who fell ill, they started calling it “magic soup”. “A chef at a hotel in Pune fell ill and I made it for him in the restaurant kitchen. It cured him too,” says Anaida.

Also called Soup-e-Jadooi, Anaida’s magic soup has healing properties. It’s good for blood pressure, diabetes, skin and hair. Its ingredients are rich in antioxidants and have strong anti-aging properties. The dish is also an excellent meal for those suffering from a cold or flu, and related inflammations.

* Anaida likes to include a largely shredded chicken breast piece to this (optional). She recommends replacing chicken with shiitake mushrooms for a vegetarian version.

Ginger Water: 5 Reasons To Add This Healing Water To Your Diet

Masala Paal: The Spiced Milk From South India And Its Healing Benefits

Healing Properties Of Walnuts: 4 Health Benefits Of Consuming This Nut