The cocktails names are inspired from zodiac animals, like Cardinal for the rat, Yellow Emperor for the ox and each sees a differnet base of alcohol. Talking of one of the posh addresses of Delhi, Andaz Delhi is about fancy and style. Right from all the ingredients that are sourced and produce from local artisans in the hotels’ restaurants and bars; and stunning art installations in creative spaces that tell a story about this evocative city at every turn, this hotel is a elegance in every possible way. And welcoming the Chinese New Year and the Year of the Tiger, Juniper Bar - India’s first Gin Bar at Andaz Delhi - has launched twelve new cocktails, inspired by the twelve signs of the Chinese Zodiac. Ringing in the celebrations, each of the twelve cocktail recipes on Juniper Bar’s, India’s first gin bar, the Zodiac Cocktail Menu have been carefully selected and planned to pay homage to the twelve signs of the Chinese Zodiac.  Legend has it that these animals were chosen by the Jade Emperor himself as they all raced for a seat at his meeting table on the far side of the river, but only twelve of the animals made it. 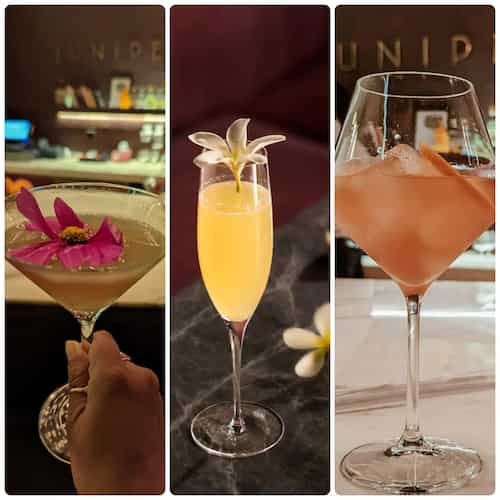 Jitender Semwal, Head Mixologist at Andaz Delhi “The Hong Kong Club at Andaz was one of the most sought-after locations in Delhi and so were its wonderful cocktails. Taking the legacy of the club forward, Andaz Delhi's Juniper Bar has recently launched the Zodiac Cocktail Menu again. Each of these twelve cocktail recipes in the menu are carefully selected and planned and the names of all the twelve cocktails are also inspired by Chinese Zodiac animals like Cardinal for the Rat, Yellow Emperor for the Ox, Chariot for the Horse, and Sun Born Ruler for the Hen. Each of the cocktails are priced at INR 1250/- plus taxes and are available from 12 pm till 11 pm every day at the Juniper Bar at Andaz Delhi.

The cocktails names are inspired from zodiac animals, like Cardinal for the rat, Yellow Emperor for the ox, Chariot for the horse and Sun Born Ruler for the hen and more. Each cocktails sees a different base alcohol and is fresh and filling ingredients such as watermelon, coconut milk, green apple, jasmine tea and rose, every cocktail is an experience in itself.

The Trend Of Bottled Crafted Cocktails