On 5 September, today, India celebrates Teachers' Day. This annual celebration honours former President Dr Sarvepalli Radhakrishnan on his birth anniversary. He served as the country's second president from 1962 until 1967 and spent his entire life working in the field of education. Besides his intellectual contribution, do you know that he was a staunch supporter of Indian culture? He is among the few who worked as the flag bearer of our country's ancient tradition of eating with hands. As a proud follower of his motherland's customs, he championed them even during his interaction and visits to foreign leaders and lands.

Often the common perception of using cutleries claims it is a hygienic practice. If you use a spoon, you entrust your health to the person who washes them. How confident are you in that person's hygiene?

One such occurrence included Dr S. Radhakrishnan when he attended a dinner with British Prime Minister Winston Churchill. Before consuming food, the former cleansed his hands and started eating with his hands. Churchill used spoons and forks. However, could not help but urge Dr Radhakrishnan to do the same, i.e., using cutleries, claiming that doing so was more hygienic.

Explaining why he wouldn't do it, Radhakrishnan replied:

"Since nobody can use my hand to eat, my hand is more hygienic than any spoon or fork you use."

He further clarified, "While many people use the same spoon, only you use your hands. Which one is now more unsanitary, you ask yourself? So, if you're in a fine restaurant or something, don't be afraid to eat with your hands. In India, we don't eat using spoons. We cannot consume Indian dishes with a spoon other than rice and liquids; we must use our hands instead."

Dr Radhakrishnan was an outstanding thinker, teacher, and scholar. He is renowned as one of the finest philosophers of the 20th century and for integrating western concepts into Indian society. He was born into a Telugu family, and the nuances of Indian culture were ingrained in him. 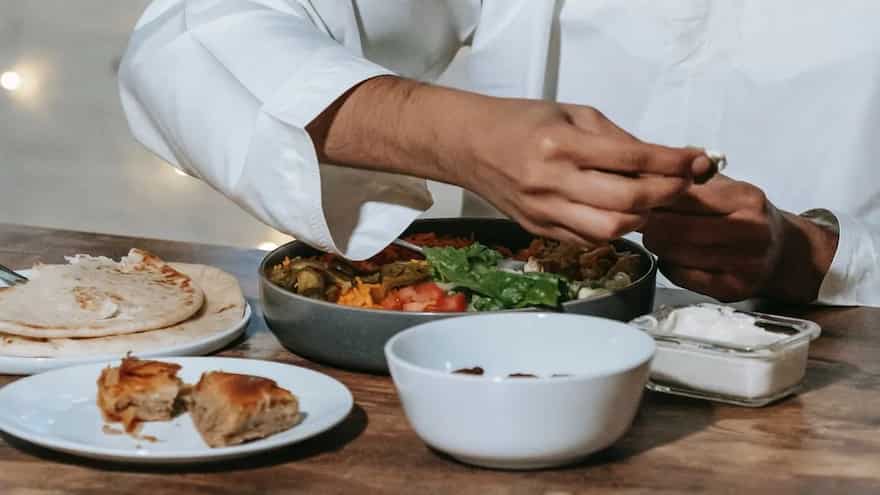 The ritual of eating with hands, Image Credit: Pexels

Vedas say in our body one of the most invaluable organs is the hand. According to Vedic science human body is composed of the five elements of space, air, fire, water, and earth. The thumb reflects space, the forefinger symbolizes air, the middle finger denotes fire, the ring finger represents water, and the little finger signifies earth. Therefore, using your fingers to eat activates these five aspects. It aids in bringing about the stomach's digestive juices and effective meal digestion.

On his birth anniversary today, let's pay tribute to him for the lessons he had passed on to the generation, not just about education but also retaining the traditional Indian eating culture.

Do You Know The Science Behind Eating With Hand?

Diet and digestion: What Ayurveda recommends you to eat, and how