Sahlab: The Most Miraculous Milk Pudding From Middle East

A lovely, soothing, thick, creamy and silky drink which can bring end to your shivering in chilly winters day On chilly, rainy, or snowy days, we need a resort like a sip of hot beverages to remain warm. Traditional options include coffee, tea, and hot chocolate. But have you tried making your own "Sahlab" drink? This Middle Eastern winter-hot-silky-drink is a simple choice that is enjoyed by both children and adults! Sahlab, salep, or sohlob is a popular winter drink in Egypt. This drink has a distinct aroma due to the orchid flour used in its preparation.

The flavours of the Middle East are intriguing. Pistachios, rose water, orange flower, cream, cinnamon, nutmeg, cloves, and a variety of other ingredients are frequently used in desserts. All of these components have different tastes, and the pistachios, with their vivid green hue, may always aid in identifying a Middle Eastern dessert. 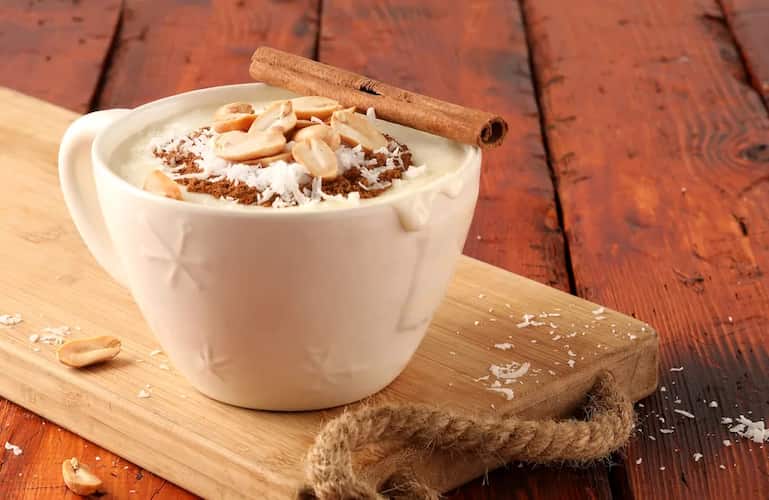 Just a sip of Sahlap is enough to make you  grasp that in race of trying new exotic food you are missing out on some very succulent beverages around the world. Sahlab is one such delightful Middle Eastern winter drink, milky and creamy with a hint of exotic flavours, whose every sip is more fulfilling than the previous one. Sahlab is one of the most popular Middle Eastern drinks. It is such a comforting drink that works well for a winter dessert or an afternoon drink, it is healthy and not too sweet.

Orchid flour is typically used to make sahlab. The tubers of the wild orchid genus orchids are ground to produce orchid flour (Orchis mascula). However, this orchid flour is now scarce and costly. Due to Turkey's excessive exploitation of wild orchids, it is even prohibited for export. Therefore, in this recipe we will replace the orchid flour with cornstarch for thickening our drink.

In the Ottoman Empire, sahlab was a popular beverage. It was known as a "fattener" for young ladies, used to make them plumper before marriage. Before the emergence of coffee and tea, it was consumed in England and Germany, and it was later given as an alternative beverage at coffee establishments. The drink was known as saloop in England.

The Origin Of Knafeh, The Ancient Middle Eastern Pastry