Ritucharya: An Ayurvedic Guideline For A Healthy Monsoon Diet Ayurveda does not see our bodies as different from nature. All the guides mentioned in Ayurveda to live a better life focus on reconnecting with nature and listening to what it is trying to say to our bodies. Ritucharya is one such prescribed method to improve our lifestyles and consume food that is good for our health.

Ritucharya is a way of living where the seasons guide our living and eating habits. According to Ayurveda, each one of us embodies a dominant natural constitution called Prakruti. There are three Prakrutis Vata, Pitta and Kapha. Vata types are ruled by the qualities of air and space, Pitta types are ruled by fire and water and Kapha types are ruled by water and earth. Every season influences these energies within us. So, we need to synchronize our habits with our Prakruti and how it is affected by different seasons.

Monsoon is a very pleasant season for many reasons. The beauty of nature is at its peak. But it is also the season when our bodies are vulnerable to a lot of diseases. Ayurveda has a very specific detailed guideline on what to do and eat during the monsoon season to stay fit, active and healthy. The Varsha Kal is marked as starting from July and ending in September. Ritucharya helps us know the regimen to follow to stay fit during this time period. 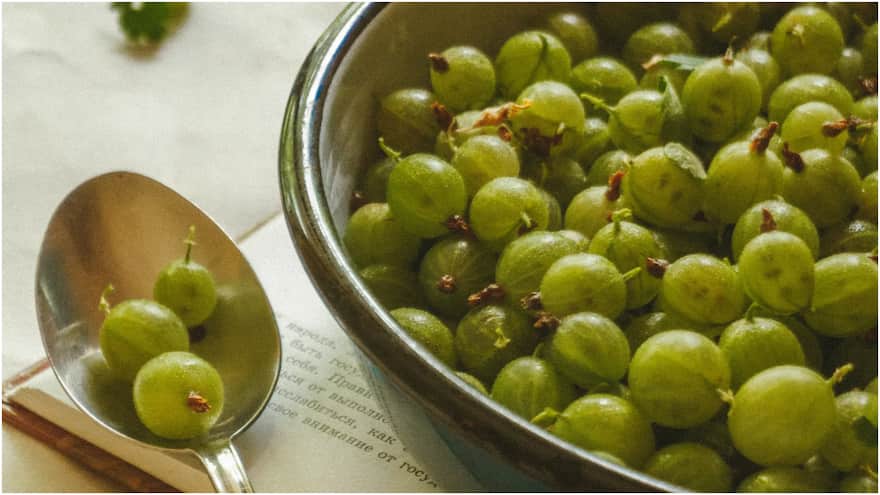 According to the prescribed guidelines, foods rich in Amul Ras and Lavan need to be consumed during Varsha. Amul signifies the word Amla and it means consuming sour food, while Lavan means salt and it means consuming food that is high in salty content. Varsha is known to dampen the fire inside us, which affects our Pitta. So, food that will help re-energize us is preferred to be consumed during this season. Hence, sour and salty food are recommended because the former helps the body to fight and kill the microbes in our bodies while the latter keeps us hydrated.

Ginger and black pepper are two things which are heavily recommended during Varsha. Mixing a teaspoon of honey to ginger juice and freshly grounded black pepper improves our immunity immensely and protects us against infections. Soups, fruits and vegetables should be consumed regularly to decrease lethargy and make the body active. Moong lentils, combined with clarified butter or ghee can also be consumed during Varsha. Fruits and vegetables should be consumed during Varsha | Image credits - Pexels

Although the focus is on eating light, easily digestible food during Varsha, oily food is not strictly prohibited. These foods can energize us during the damp season but because the body is vulnerable at the seasonal transition, it is better to introduce food rich in oil slowly into our diet. This will help the digestive system to cope with all the changes. So, although you can have those hot, enticing pakode during Monsoon, try to control the portion and keep a watch on the quantity of pakoda you eat while admiring the rain.

The ancient science of Ayurveda has the cure for anything and everything; we only have to seek, look and ask. Ritucharya and its guidelines are sound and precise and they should be followed for a healthy lifestyle.

Do You Know Why Ayurveda Advises To Soak Nuts Before Consumption

Tips For Better Health During Monsoon As per Ayurveda