Rhea Kapoor Cooks Feijoada; Does This Portuguese Dish Have An Indian Cousin?

Feijoada can be thought of as a close cousin of rajma but slightly different. Growing up in North India, rajma-chawal was (and still is) my most favourite food combination. Also known as kidney beans, rajma would be prepared in a thick, tomato and onion gravy with soft and moist beans dunked into it. It would generally be paired with rice. Rhea Kapoor has been known to be true foodie and her ice cream venture is proof of that. Recently, Rhea Kapoor shared a similar-looking dish to rajma on her Instagram story. The picture was captioned, “Feijoada is Portuguese dish which is basically like chorizo Rajma and its insane”. She thanked the chef @gongarbanzo for the recipe of the dish and it looks absolutely delish. Here take a look. 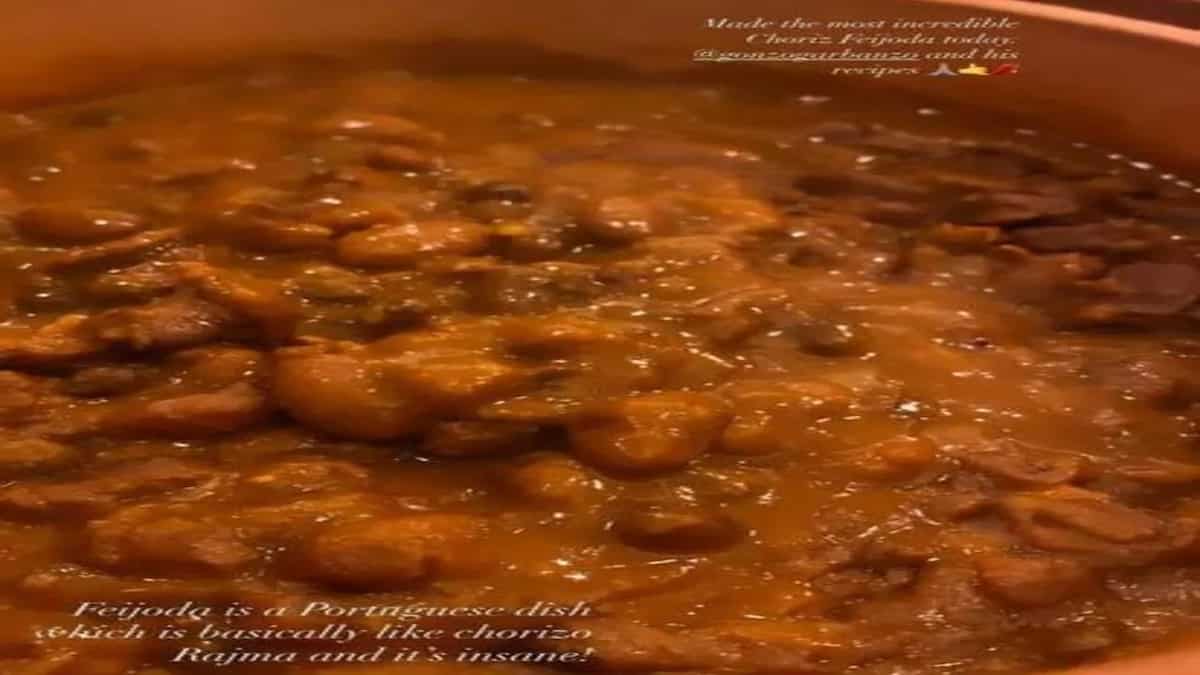 This got us thinking as to what is Feijoada? For the uninitiated, Feijoada is a stew made of beans and filled with meat like beef and pork. This rich and thick stew is often referred to as the national dish of Brazil. This dish is often served during the day and even at night in Brazilian households, although we’ve got several versions of feijoada around the world today. If that’s not enough trivia for you, let’s dig into its deep history.

There are two parts to the historical relevance of the dish. The dish hails from the time of slavery in Brazil. The slaves gathered the leftovers from their owners, which were usually beans and meat cuts. In order to make a quick and easy dish, they would put everything together in a clay pot and boil a stew. This would be then be eaten by the lower class. However, some believe that the stew was a result of European settlers who brought in the idea of consuming a low-cost food like beans and making it wholesome with meat in the form of a stew.

The origins of the name of the dish feijoada comes from feijão in Portuguese which refers to beans. The bean stew was originally made in Portugal and travelled to different nations along with the travelers. It was the colonization of Brazil by the Portuguese which brought this dish into the cuisine and culture of the country and made it a favourite there.

Today, people used a plethora of variations in terms of beans for feijoada like black beans, red beans and brown beans. Alongside meat, carrots, cabbage, pumpkin and several vegetables also make it to the hearty bean stew.

We Have Portuguese To Thank For The Potatoes We Eat?