From Bombil Bhujna To Ghewar To Bhutta, Relish The Most Popular Indian Monsoon Foods Every Indian understands that the monsoon season is the greatest time to eat delicious Indian cuisine. Prepare to be treated to exceptional monsoon cuisine in various locations of India if you consider yourself a foodie. Indians love to eat and have a sweet craving for savoury snacks, which makes the monsoon season even more enjoyable. The monsoon culinary culture in India is extensive and diverse. Indian monsoon cuisine can be found in diverse flavours in each state and city. But for foodies, exploring India during the monsoon is a culinary adventure thanks to sips of hot tea and bits of munchies. The South enjoys parippu vadas, while the North enjoys the traditional yaje beverage. Here are some tales about some well-known monsoon foods while you choose what you want to drink to celebrate the season.

It is impossible to forget the relationship between the rains and fried foods. They compliment each other unlike nobody else. Therefore, when the Southern states begin to serve their parippu vadas, we cannot help but savour these delectable treats. Since they are made of lentils, they are healthy, which makes up for the fact that they are fried. Chana (chickpeas) and toor daal (split pigeon peas) are combined in the vessel along with onions, ginger, and other spices to create lovely golden brown fried fritters. Warm bowls of comfort are always a good choice, and Chhattisgarh passionately feels that this is true. The original variations of the recipe, which have been traced down through the years, were made using gondi and kareel, today more often known as bamboo shoots. More ingredients are added to the modern version to create a tastier mixture. These include ingredients that will add to the flavour of the food, such as chilies, curry leaves, cloves, and spice powders.

The monsoons bring two things: the first is a breath of fresh air and respite, and the second is the potential for contracting a cold. As a result, meal preparations at this time are specifically selected to be nourishing and provide the body an edge in the battle against illnesses. One such dish is the singhade ki sabzi from Delhi, which is made with water chestnuts (singhade), mustard seeds, cumin, turmeric, and aamchur (dried mango powder). It's a dish of health. The mixture of substances enables the body to get ready for the tough weather by strengthening its defences.

Traditions from Rajasthan describe how this sweet delicacy is occasionally made for the daughter's new family. The mixture of ghee, wheat, and sugar has evolved through time from being a straightforward sweetmeat to winning the hearts of Indians all around the country. This honeycomb-shaped disc-like sweet gives you the calories you need to keep your body warm and support digestion throughout the rainy season. The sweet is now available in several variations in contemporary stores. These include, among others, rabdi ghewar, chocolate ghewar, and malai ghewar. The Bombay duck, which can be used in a variety of recipes due to its versatility, has traditionally been considered the pride of Maharashtra. Bombil Bhujna, or Bombay Duck Curry, is one such cuisine. This coriander and green chilli-infused fish marinade is a tribute to the current weather. This is a dish that seafood lovers simply cannot skip.

The beverage narrates the tale of the hills. Due to its special ingredients, indigenous cultures have traditionally believed in the drink's power. The substance, which is also referred to in those cultures as ayahuasca, is allegedly euphoric. According to folklore, a mixture made from the Banisteriopsis caapi's stem, bark, and leaves when combined with the leaves of medicinal shrubs, stimulates the intellect. Beyond its gastronomic value, the beverage holds a specific position in spiritual contexts.

Tripura made the decision to boost the game a little bit with its rice flour-based stew, which in some forms includes snails. The gravy contains bamboo shoots, fermented fish, and chilli peppers, with the inclusion of snails being optional. Parsley leaves are used as a garnish after they are ready. Since there is no oil used in the cooking process, People of Tripura strongly believe that fermented fish, also known as berma, should be utilised in all of their dishes. As per tradition, the dish's energising scent is its most distinctive feature.

In the monsoons, the incredibly simple roasted corn on the cob is a pleasure. There is something special about waiting for your turn while the vendor roasts the corn while standing on a rain-soaked street. The monsoons have never felt more mystical as they do just now, and the aroma adds an old-world elegance as butter drips down the yellow with a splash of lime to provide some zing. 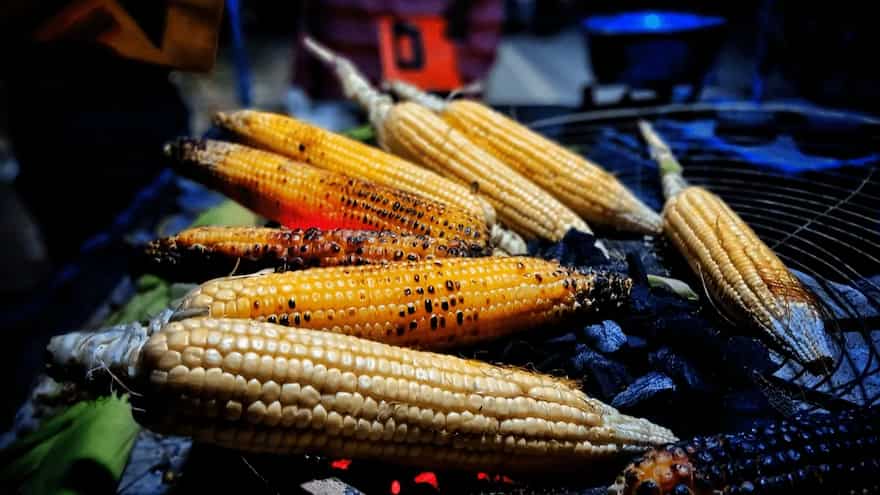 Although this dish requires a lot of work to prepare, many people adore the finished product. Paa saa preparation is more of a group endeavour because everyone pitches in to help catch the fish and then mince it so that no part is wasted. For some people, it's the flavour that does the trick, while for others, it's the dish's vibrant green hue thanks to the uriam leaf. However, the leaf also serves a crucial purpose in that it masks the flavour of the raw fish. Green onions, coriander, ginger, garlic, chilli, and white basil are additional components.

One of the many distinctive aspects of north-eastern culture is the dish. Major food websites recommend that anybody visiting Meghalaya eat this dish. With its selection of ingredients, it embodies a special mix of tanginess and spiciness. The dish is made of dried fish that has been cooked with spices to give it a lovely texture. After that, vegetables are added to this mixture to make it more healthful. The soothing bowl of soup is supposed to be best consumed following a hearty hot dinner because it functions as a palate cleanser.

Monsoon Special: Want Your Pakodas To Be Crispier? Try This Hack

5 Vadas You Can Add To Your Monsoon Breakfast Spread