Who doesn’t like a glass of super chilled beer. A perfect spirit to unwind after a hectic day of work. Back in days the history of beer in the country dates back to as early as 1500 BC. Then it was simply a concoction of rice and barley, infused with local fruits to prepare 'Sura'. But over the years the beer industry has seen a 360 degree turn and today one is surely spoilt for choices. 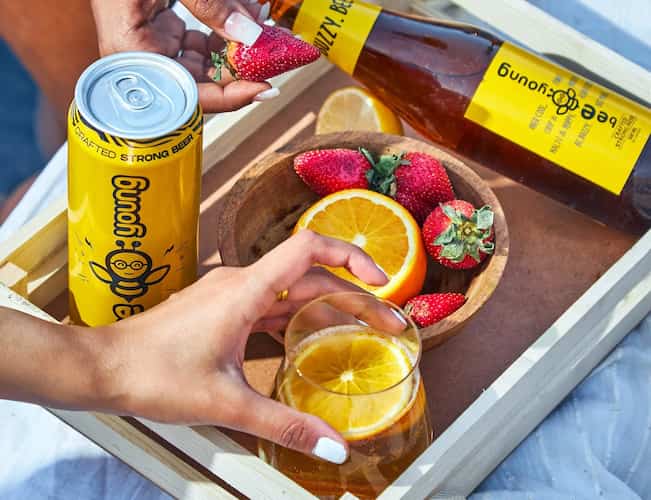 BeeYoung Beer from Kimaya Himalayan Beverage is made to exact international standards of taste, quality, and packaging all while staying in sync with the more immediate, local market and consumer. This barley-based homegrown brew delivers a crisp, clean yet punchy sip every time in all social settings. Handpicked ingredients by our brewer such as two-row barley from Argentina lend it the perfect maltiness while 10%sortex rice, yeast, and pure spring water from Bhakra Dam make up for invigorating flavors and smooth texture. It follows a finish that is accentuated by Columbus and Styrian Golding hops, is lasting, gently bitter, and with a citrusy twist making it an ideal sip for a sultry day. This one establishes as India's first strong craft beer. 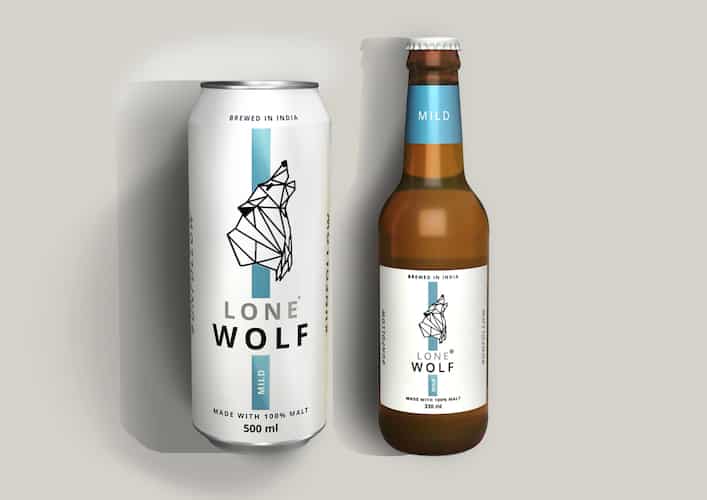 A homegrown product of Onkara Beverages & Hospitality Pvt. Ltd. the beer is less bitter and made of high quality malt. Lone Wolf Bev is starting out with two variants of beer, Lone Wolf Strong and Lone Wolf Mild Lager. The strong variant has a high ABV, low bitterness and a smooth flavour profile whereas the Mild Lager has a dry and crisp flavour profile. Holding the true personality of a Lone Wolf  -free-spirited, free-willed, and chalking out its own journey. This one sees high-quality malt beer is its flavour, which is devoid of the typical bitterness and leaves a pleasant aftertaste. ●   Simba Wit - A modern Indian take on the classic Belgian Wit style. It is refreshing, with slight citrusy notes, without being overly sweet. It derives spice notes from the coriander seeds, but what makes this craft beer special is the subtle hints of lemongrass on the nose and palate. It pours golden hazy, with a fluffy head. It is light-bodied and refreshing, making it extremely sessionable

●   Simba Stout - A sessionable, light-bodied stout – India’s first bottled stout. It has been specifically crafted for low-bitterness and easy drinking. On the nose and the palate, coffee dominates, along with complimentary aromas of toffee, caramel, and dark chocolate. Stout is a very rare taste which is meant for people who like to experiment with their beers

●  Simba Lager - Smooth and fresh, Simba Lager is for those with refined taste. It is carefully offset and completed with its old gold shading and the rich smell of meal; it is a delightful and decisively adjusted ale that is a benchmark of its distinct style. Good craft beer with close friends can make people happy in ways they cannot imagine. Beer isn’t just a drink; it is a lifestyle. While we live through one of the most challenging times, Beor 360, is set to make life more enjoyable. Talk, Work, Converse, Play, Binge, all with your new favorite companion, Beor 360.  A product of Brewking Beverages, this one is the right mix of the right mix of barley malt, wheat and hops lets the chamomile emerge from this hazy, unfiltered brew. A swirl towards the end of the pint while you put the Beor 360 Craft Wheat into your glass will give you flavor. 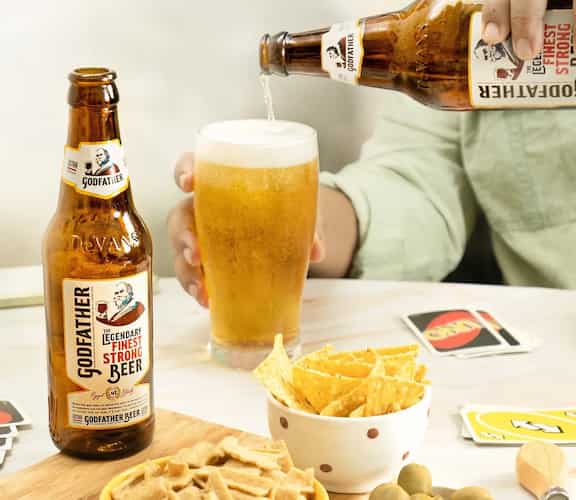 7.2% ABV The flagship beer brand of DeVANS, Godfather is one of the fastest-growing players in India. It is a strong lager beer with 6.5% abv. The brand holds a large market share in Northern and Eastern India and also enjoys a global presence in the USA, Japan New Zealand and Australia. Godfather Beer can be consumed in both bottles and cans It is positioned as ‘LEGENDARY BEER’ and targets the outgoing youth from metro cities that fancies stronger and refined lager beer.

Brewed by Devans Modern Breweries Ltd (of Godfather beer), this homegrown beer is infused in desi spices including coriander and more. The brand recently launched two new flavours: Six Fields Cult and Six Fields Blanche. 5% ABV Belgian style white Blanche beer carefully weaved in six ingredients. It is perceived as a classic beer that follow a legacy of the World’s oldest recipes. Steeped in the sweet notes of wheat, Six Fields Blanche is available in can, bottles, and kegs.