Did you know that cotton candy was invented by a dentist? Food as a domain evolves every day with chefs and scientists constantly exploring and stumbling upon new and wonderful discoveries. Food facts make up for one of the most interesting reads online. There’s so much about food that we still haven’t discovered and so many discoveries that have been done, that we don’t know about. Here are some examples of the latter.

Since honey is low in water and contains more sugar, bacteria don’t grow on it and if stored properly, honey can last you long. Honey has an indefinite shelf life and while it could darken or crystallise, it is still safe to be consumed. Reportedly, there are claims of archeologists finding 3,000 years old honey while excavating tombs in Egypt, still in an edible condition. In an experiment done in a lab, peanut butter was pressurised and heated until it turned into a diamond. A German scientist had discovered that peanut butter could be turned into diamonds if one simulates the conditions found in the earth’s mantle. Would you settle for a peanut butter diamond instead of a real one?

In a move to save on tax that is applicable on potato chips, the then parent company of Pringles - Procter & Gamble - were arguing in court that Pringles cannot be classified as potato chips because ‘they didn’t contain enough potato to have the quality of potatoness’. They further asserted that Pringles aren’t even in the shape of a regular potato chip and that the product is in fact a savoury snack. The firm eventually lost the case and had to pay taxes.

Cotton candy was invented by a dentist

Most dentists are wary of sweets as they could cause havoc for your dental health. In a surprising turn of events, in 1897, William Morrison, a dentist from Tennessee, became responsible for inventing the machine that makes cotton candy. Partnering with a confectioner, William ended up selling 65,655 boxes of cotton candy at a fair in 1904. The biscuit that is said to taste the best when it is dunked in a hot cup of tea has recorded its best ever sale during the pandemic. Parle-G has not only been a dominant player in the cookie market, it’s also defeated all other premium biscuit brands, selling at as low as ₹5. Interestingly, the most consumed biscuit in India, produces around 400 million biscuits every day - which means that if you were to line the company’s annual produce side by side, the trail could go around our planet 192 times!

Dal Bati was a means of survival during wars

When the Rajputs were trying to establish a strong hold in the kingdom of Mewar, this dish was widely consumed by the Rajput soldiers. The soldiers would leave chunks of dough into sleek layers of sand, before they headed to war, so that by the time they came back from the battle, the dough would have been baked in the heat of the sun. These naturally baked baatis were then eaten by the soldiers along with ghee.

Chai is the most consumed beverage in India after water

Indians consume around 8,37,000 tonnes of tea every year. The oldest beverage in history, is also the most consumed drink in India, after water. More than 20,000 varieties of tea exist in the world and India is the second largest producer of this drink in the world. Indians enjoy their cup of tea and bond with each other over the beverage. 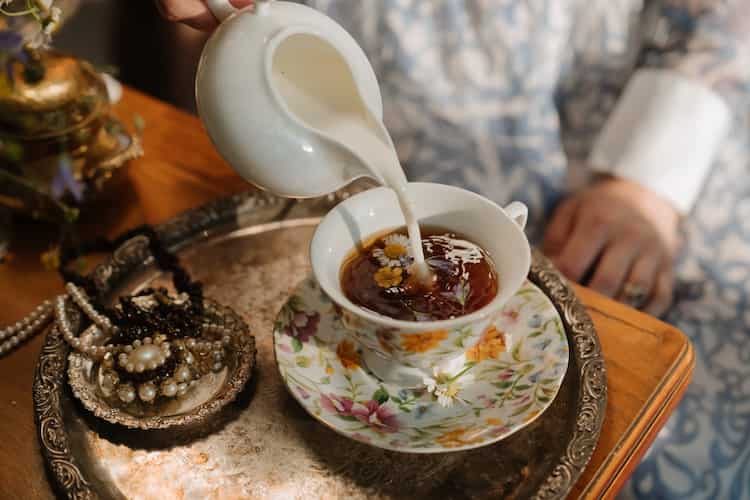 Seafood To Square-Shaped: 4 Unique Pancake Varieties From Around The World

Malgapodi Rice To Mac And Cheese: 3 Midnight Munchies To Satiate Your Cravings