Quinces, which are frequently referred to as a cross between apples and pears, are a totally different fruit The quince, or "kwins," is a tiny, spherical pome fruit that is cultivated on trees. The uncooked quince is fairly rough, tannic, and occasionally slightly sour, while seeming as deliciously sweet and juicy as an apple or pear. This produce tastes best when cooked, so using it in fall recipes is a great way to take advantage of everything it has to offer.

According to a publication, the Caucasus, which is located between the Caspian and Black seas, and northern Persia are where the quince originated. It was even thought to be the impetus for the Trojan War, according to Greek mythology. From there, word of the quince's culinary benefits reached beyond mediaeval banquet halls. The quince has maintained its popularity and made its way into western cuisine, which is still widely consumed in the tropical regions of Latin America and Mexico. 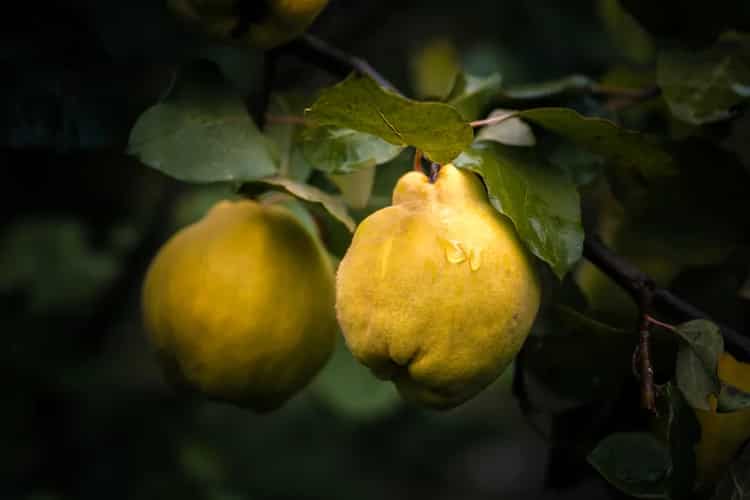 Quince is a fruit with a relatively low calorie density that is also incredibly nutrient-dense. According to the USDA National Nutrient Index, a 100-gram quince fruit has just 57 calories. Additionally, dietary fibre, antioxidants, vitamins, and minerals are all abundant in it. The fruit has a very high content of vitamin C and tannins like epicatechin and catechin. A good supply of calcium, iron, potassium, magnesium, and copper is quince.

Most individuals will agree that they prefer the cooked quince's tender flesh to the raw fruit, which transforms from yellow to soft pink. But after time, taste buds adjust, and quince fruit becomes palatable in both forms. Quince's flavour profile doesn't immediately strike one as particularly fascinating. It takes some getting accustomed to because the texture is little firm and falls somewhere between a pear and an Asian pear. According to the Organic Authority, quince fruit is frequently found as jam, jelly, marmalade, or compote due to its high pectin content. Like apples and pears, it tastes fantastic baked in pies, tarts, and muffins. It may also be roasted in the oven and eaten with a fall-themed meal.

Peel the skin off with a vegetable peeler. If you're creating jelly of any kind, save the skin.

Due to its hardness, cutting each quince in half will require some care and a sharp chef's knife. After cutting each fruit into quarters, remove the core and seeds.

Each fruit slice should be put in a dish of water after slicing to avoid browning.

Using medium heat, pour water into a pot and bring to a boil.

When pink and soft, add the quince and simmer for around 40 to 50 minutes.