Pongal: A Comfort Bowl Of Protein, Carbs And Spices Put Together

A delicacy prepared as an offering during the festival, it has a unique charm to it Let’s reassess the fact that coming from South India is not just the Dosa, Idli, Appam, or Puddu. The South Indian food palate is vast, both in vegetarian and non-vegetarian food. From the never-ending list of cuisine is the savoury healthy Pongal. Surprisingly, it is a significant dish and offering that is prepared during the festival of Pongal – the harvest season. This rice dish or also referred to as porridge is made in two forms, sweet and salty. But the general reference to Pongal is that of savoury. Well, it is not just putting together rice with yellow moong dal, but brings in various health-benefiting condiments.

The Accidental Boiling Saga Of Rice And Lentils

In its entirety, Pongal is a temple food that has been prepared for centuries as a significant offering to the Gods during the festival of Pongal in Tamil Nadu and Kerala. According to the many mythological tales, this age-old blend of rice with lentils was an accidental cooking idea. The legends have it that during the third day of Pongal the might Lord Shiva listed out a few instructions for mankind and asked his steed Nandi, a cow, to go to Earth and pass it on. The instruction was to tell the humans to take an oil bath daily and eat only once a month.

But confused with the so many instructions, Nandi misinterpreted the instruction to, “Eat daily and take an oil bath once a month”. Well, this definitely angered Lord Shiva who then sent Nandi to Earth to help a man grow more food in order to be able to survive. It is with the arrival of Nandi that Pongal became a festival.  Angered, Lord Shiva sent Nandi to earth to help men grow more food. And because of Nandi’s arrival, Pongal became a festival. 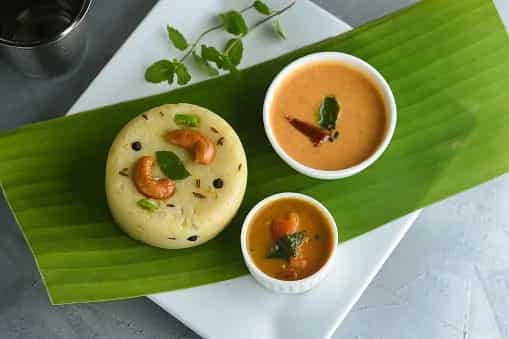 As for the preparation of the dish Pongal, some other historical accounts suggest that some 1500 years ago it was by accident that a cook in South India created the dish. The cook is said to have by mistake boiled the white rice and Moong dal, creating Pongal. However, there are other accounts that link Pongal to have been invented after the invasion of Alexander in India in 327 BC.

•    Add water, rice, and moong dal to a pressure cooker and give it five whistles.

•    Mix all this and cook for about two minutes.

That is the beauty of Indian cooking. The simplest of dishes are made delectable with just the right amount of spices and ghee. Pongal is at the same time the best plate of healthy nutrients served in one that even children will enjoy till the last bite.

5 Authentic South Indian Dishes To Include In Your Pongal Platter

Pongal 2022: Soak In The Festivities With These 5 Lip-Smacking Desserts For Your Sweet Tooth